Freeze Warning overnight; Temperatures remain on the cool side

Temperatures will remain below normal for much of the next 8-10 days.  The exception being next Monday.  Temperatures should warm ahead of a cold front that will pass in the second half of the day.

A Freeze Warning has been issued for southeast Nebraska.  It is in effect from 1am to 8am Wednesday. 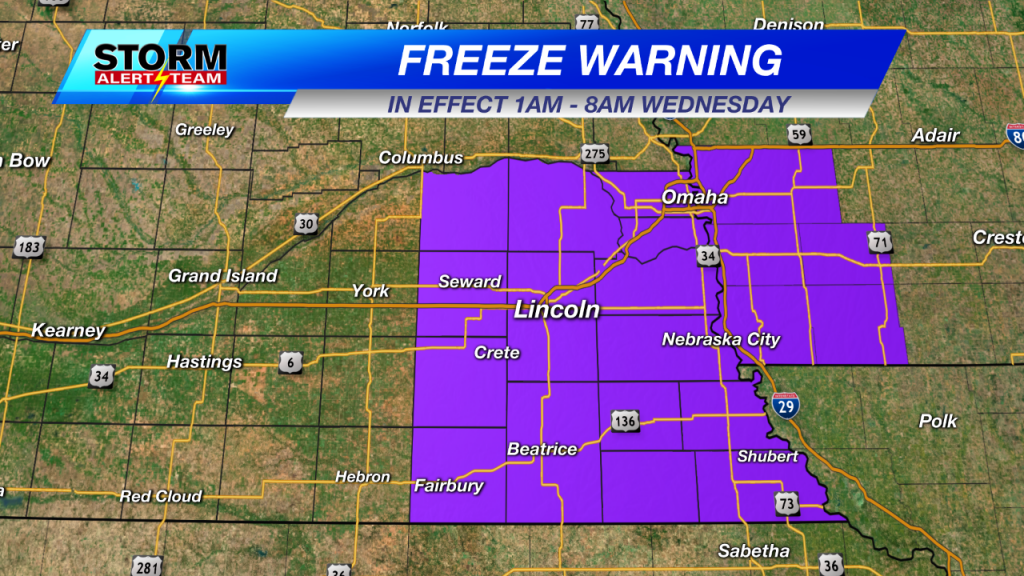 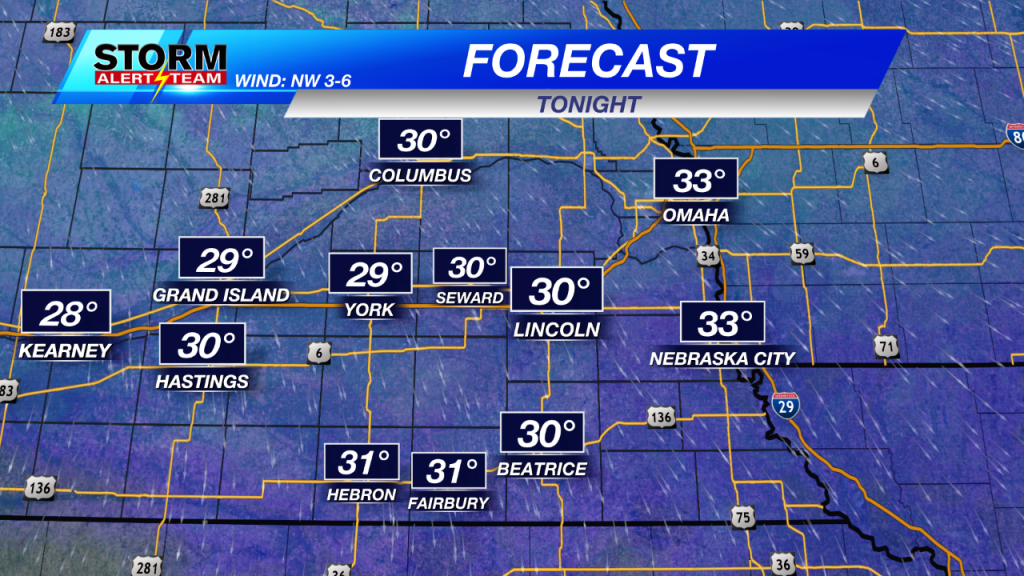 Temperatures will drop down to the upper 20°s to lower 30°s.  A hard freeze is possible in portions of central Nebraska.

As clouds build in, temperatures will likely be a little cooler.  Highs will be in the lower 50s. Winds will be a little gusty,
gusting to 25 mph again tomorrow.

Skies will turn mostly clear Wednesday night in to Thursday morning.  This will allow temperatures to drop another 1-3 degrees. Another Freeze Warning will likely be issued for portions of southeast Nebraska.