It keeps getting warmer and warmer this week.  Friday will be no exception and Saturday turns hot!  There is relief in the temperature department not too far away.

Mostly cloudy skies Friday morning will give way to mainly sunny skies during the afternoon.  Temperatures will quickly jump in to the middle and upper 90°s in southeast Nebraska.

Dew point temperatures will hang in the upper 60°s to around 70° through the day.  This will keep things “muggly” and send the heat index over the 100° mark.  Look for peak heat indices to be 102° to 104° late afternoon.

Skies will remain mostly clear overnight and it will remain warm as temperatures only drop to the lower to middle 70°s.

Saturday will be the real scorcher.  Sunny skies should prevail for most of the day.  This, along with compressional warming ahead of a cold front, will send temperatures to their highest level in over a month.  Highs will be in the upper 90°s to lower 100°s. 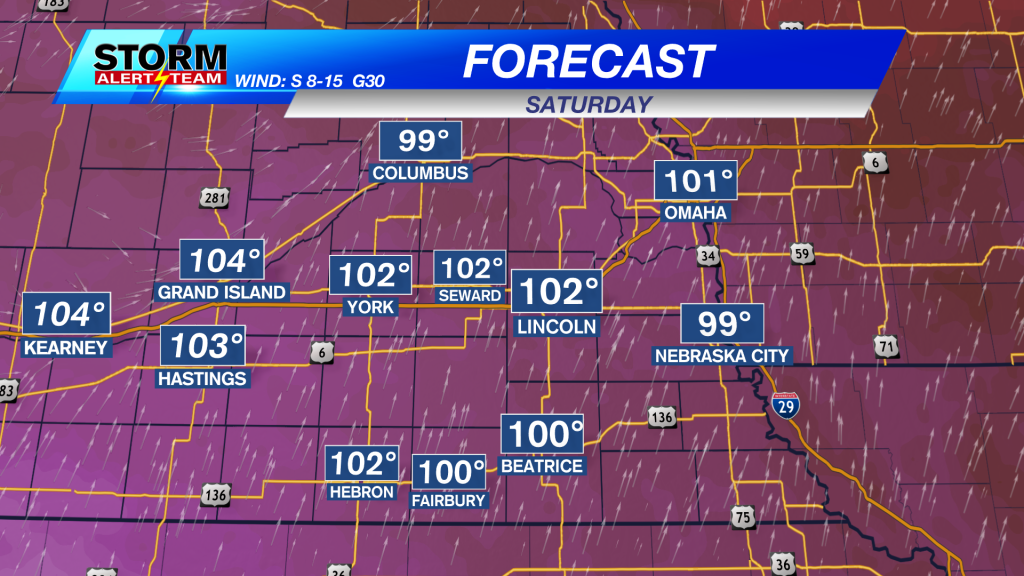 Humidity will also remain high as dew point temperatures be around 70°.  This will send the heat index to near 110° for the afternoon.  Heat Advisories will be in effect for all of southeast Nebraska Saturday afternoon in to the early evening.