A jury has found a Lincoln man guilty in connection to a crash that killed his passenger.

A jury has found a Lincoln man guilty in connection to a crash that killed his passenger.

The jury deliberated for about six hours before finding 20-year-old Marvin Rivas-Villanueva guilty of motor vehicle homicide with reckless or willful reckless driving, according to court documents.

Rivas-Villanueva was behind the wheel on March 29 of last year when he lost control, spun into oncoming traffic and caused a four-vehicle accident at intersection near Gateway Mall.

Jared Williams, a rear passenger in the car driven by Rivas-Villanueva was pronounced dead at the hospital. 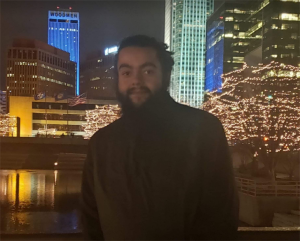 Lincoln police said officers interviewed multiple witnesses who told them Rivas-Villanueva was revving up, accelerating, and traveling at a high rate of speed prior to losing control and crashing into oncoming traffic.

Evidence and reconstruction analysis confirmed Rivas-Villanueva was traveling at least 70 mph on a wet roadway during heavy traffic prior to the collision, authorities said.

Sentencing for Rivas-Villanueva has been scheduled for next month.