The new law, LB3, makes several changes to legislative districts in Lancaster County to account for population changes in the state.

LINCOLN, Neb. (KLKN) – Nebraska lawmakers have passed a bill that establishes new boundaries for each of the state’s 49 legislative districts.

LB3, introduced by the Redistricting Committee, makes several changes to legislative districts to account for an overall population shift from the western to the eastern part of the state.

Here’s a look at the Lancaster County legislative district map after the passing of LB3: 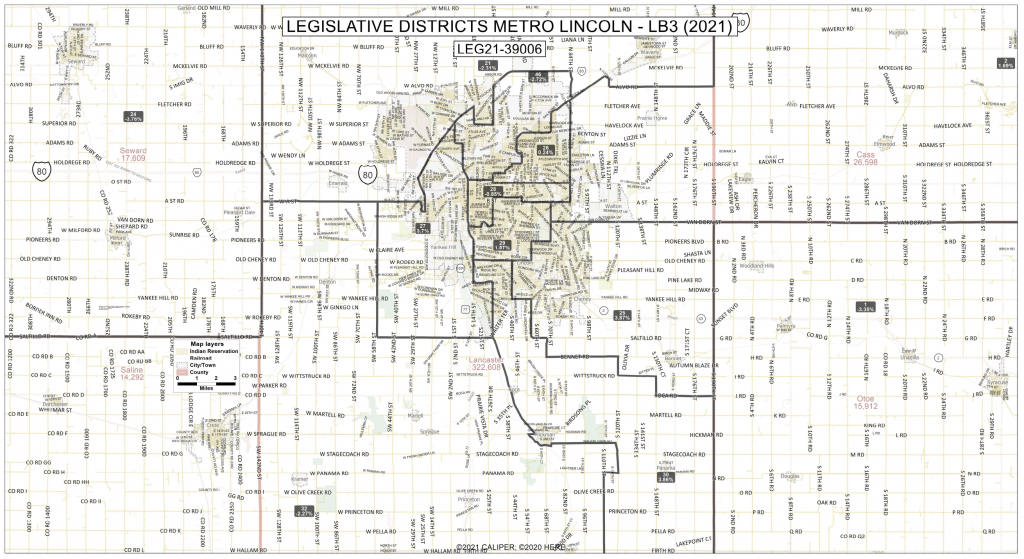 Here is the map of the entire state of Nebraska:

-Moving District 36 from central Nebraska to southwestern Sarpy County, encompassing Gretna and Springfield. Portions of the former district, which comprised Custer, Dawson and the northern part of Buffalo counties, are now part of districts 41, 43 and 44.

-In Omaha, a portion of northwestern Douglas County, including Valley, moves from District 39 to District 15, which includes Dodge County.