LPD prepared for Lincoln’s biggest weekend in over a year

The Lincoln Police Department says to expect traffic and large crowds at the Nebraska football Red-White Spring Game and the Lincoln Marathon.

LINCOLN, Neb. (KLKN) – Last April, the Lincoln Marathon was canceled and the Nebraska football Red–White Spring Game was simulated on a video game.

This year, the two events will take place on the very same weekend. The Lincoln Police Department says they are ready to go for Lincoln’s biggest weekend in over a year.

“It’s not normal that the spring game and the marathon are on the same weekend along with Husker Baseball, which we think will have a large crowd also, but we’re prepared,” LPD Captain Mike Woolman said.

Woolman says traffic control will be a big priority for LPD this weekend.

“We’ll have officers out at numerous intersections during the spring game, and a lot more of them during the marathon,” Woolman said.

This years’s spring game will be similar to others in the past, with traffic and crowds concentrated in Downtown Lincoln.

As for the marathon, LPD says people should expect to see traffic slowed all over town from 7:00 am to about 1:30 pm on Sunday. 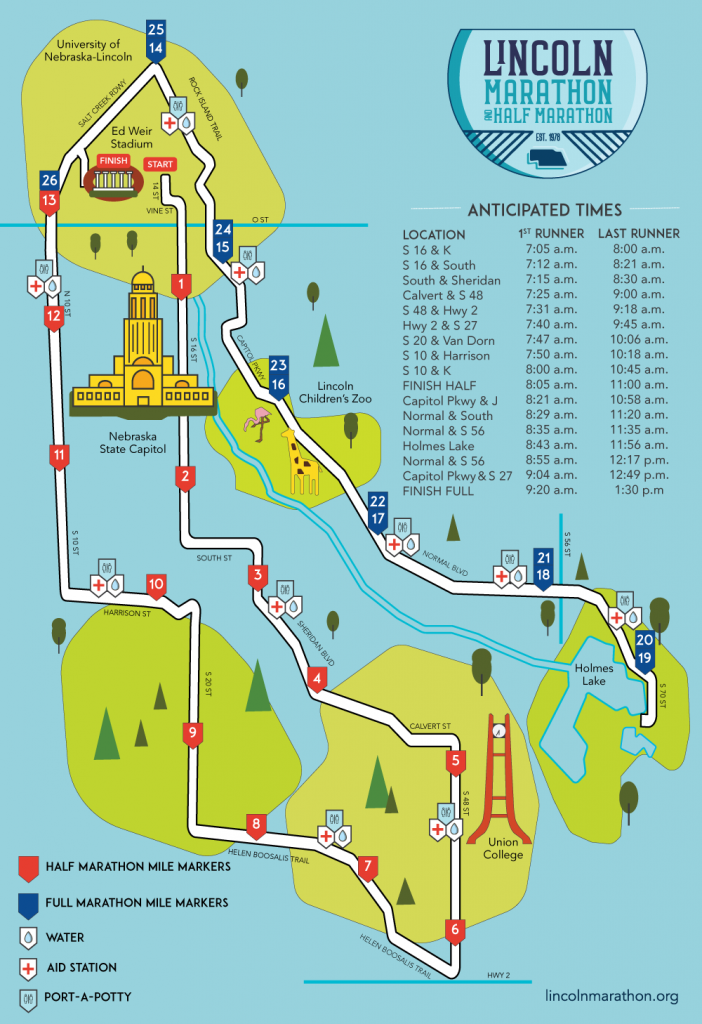 “The full marathon really affects Capitol Parkway and Normal Boulevard and the half marathon affects a lot of the areas in the southwest and southeast areas of the city,” Woolman said. “But we have officers that have been preparing for this and we’ll have them out directing traffic to get people through as best we can. The runners will have the right of way, but we’ll move traffic through whenever it’s possible.”

An action–packed weekend like this has been a long time coming. City officials want people to have a good time and stay safe.

“We want people to come to Lincoln, enjoy everything that Lincoln has to offer,” Woolman said. “But we also want people to be aware that there will be officers out directing traffic, please slow down, please be patient.”

“Enjoy the weekend. There’s going to be be great weather, and we’re looking forward to a lot of visitors coming here and enjoying Lincoln.”