Grey, wet conditions will continue over the next 24-36 hours for southeast Nebraska as a weather system slowly moves across the state.  Rain will expand in areal coverage later tonight and will fall over the area Tuesday.  At times the rain could fall at a moderate rate Tuesday. 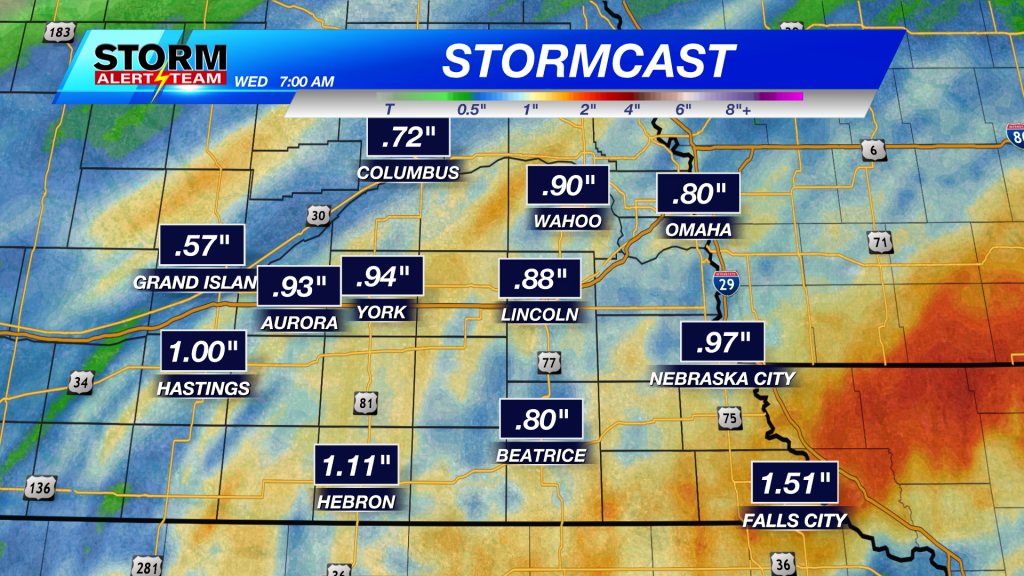 TUESDAY:  Cloudy with periods of rain – moderate/heavy at times.  Temperatures will top out in the upper 40°s to lower 50°s, then drop off to the upper 30°s to middle 40°s by late afternoon.  Lincoln High Temperature: 51°

I’m keeping an eye on weather around the country Wednesday and Thursday. 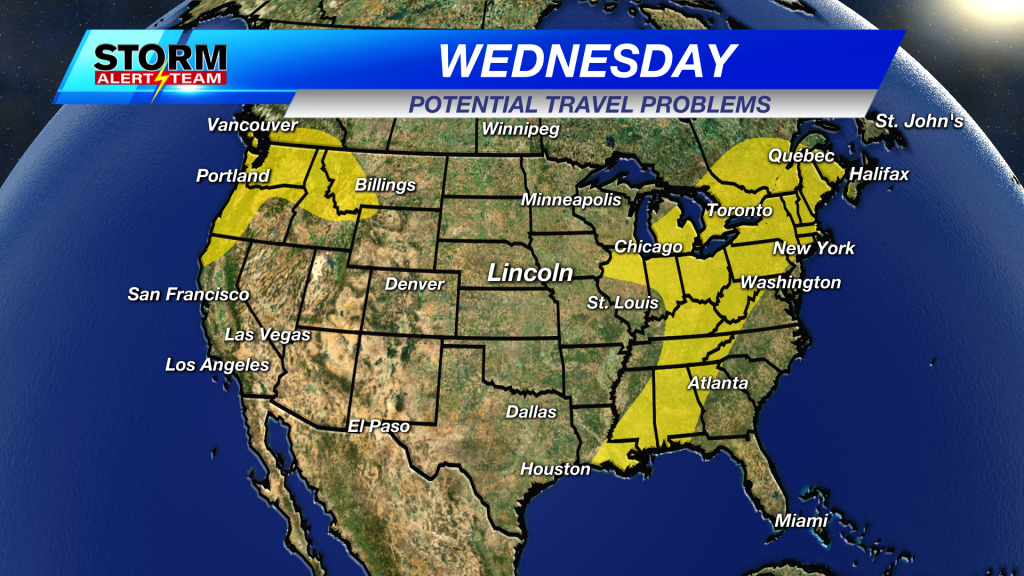 The weather system that passes through Nebraska Tuesday will cause potential travel delays in the Ohio Valley, the northeast, and the southeast bringing precipitation to airport hubs like O’hare, LaGuardia, J.F.K, Atlanta, and Nashville.

Rain and snow showers will also be possible over the northwest corner of the country.

The weather should be a little quieter on Thanksgiving with precipitation falling over the northeastern and southeastern United States, however it should not be as widespread nor as troublesome.