We expect most of the cloud cover, and definitely any flurries to the north, to exit by Tuesday afternoon. We’re looking at mostly clear skies by the end of the day. Highs should be a few degrees above average, near 46° in Lincoln. 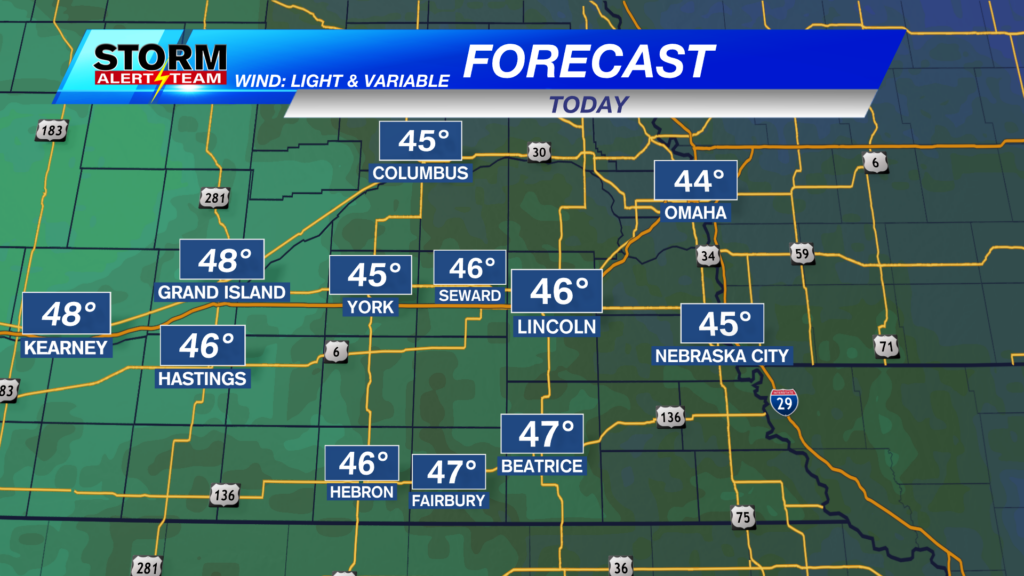 We’re bumping up temperatures a few more degrees for Wednesday, which will also feature mostly sunny skies. However, we will have a bit of a hiccup on Thursday, where temperatures cool off and precipitation becomes more likely.

The latest guidance has trended towards a warmer solution for Thursday, which may result in a more rain and less snow type of scenario in southeast Nebraska. Areas closer to central Nebraska have a better chance of seeing snow, with a transition region of a wintry mix in between. 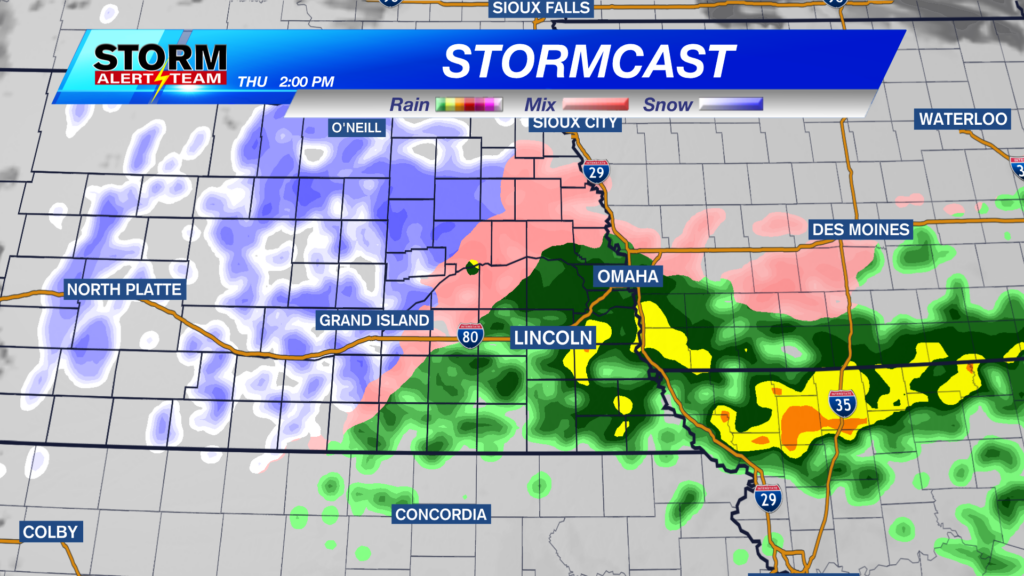 The best chances of seeing accumulating snow are to the north and west of Lincoln. As of Tuesday morning, there appears to be roughly a 60% chance of seeing over 1″ of snow accumulation in northeast Nebraska. Chances are a lot lower closer to Lincoln given the better odds of seeing rain or freezing rain as opposed to snow. 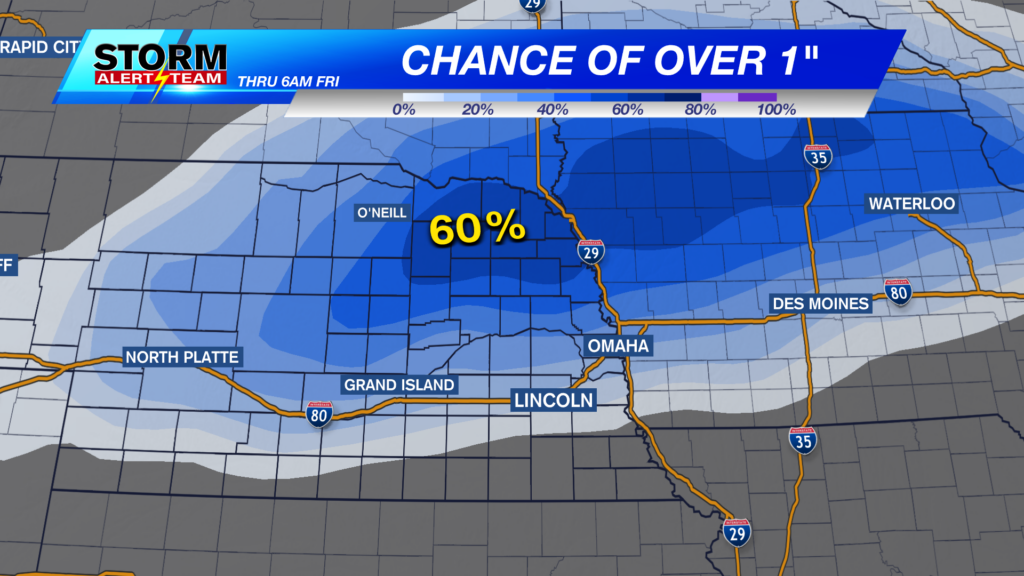 Who sees what is closely tied to the track of the storm system, and minor shifts in that will result in bigger shifts in terms of impacts. Regardless of the precipitation type, there’s a good chance we see some moisture on Thursday. We’ll be sure to relay the latest as new data becomes available. Stay tuned!