Santa won’t be needing ski rails for his sled this year.  Temperatures will be much above normal for Christmas Eve and Christmas day.  So much so, many cities in southeast Nebraska may come close to tying, or breaking, record high temperatures. 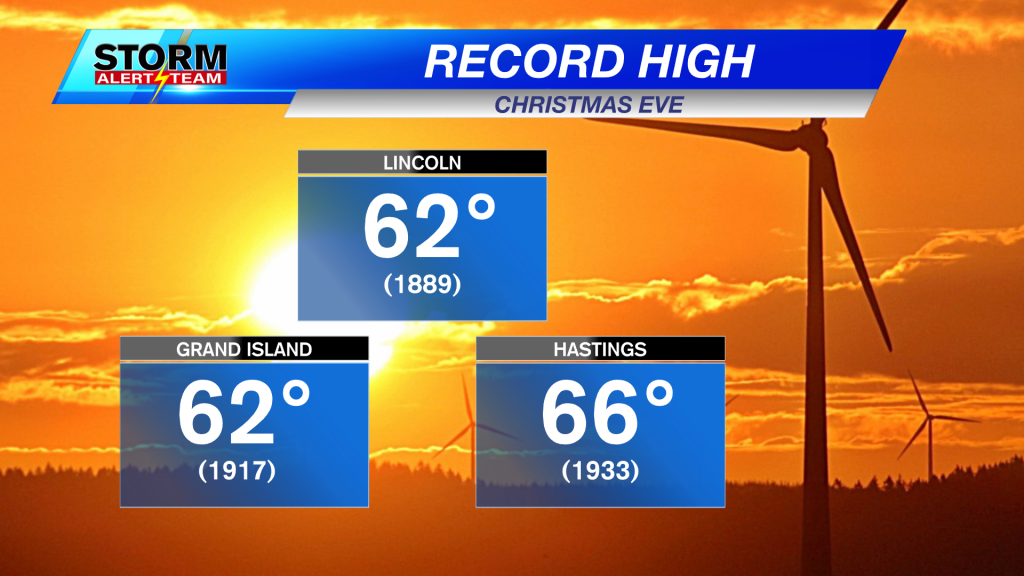 Record high temperature Christmas Eve range from the low to mid 60°s in Lincoln, Grand Island, and Hastings.  Even with mostly cloudy skies overhead, temperatures will quickly climb through the day.  High temperatures should be in the lower 60°s by afternoon.  I am forecasting a high of 61° in Lincoln, 61° in Grand Island, and 62° in Hastings.  Admittedly, I might be under-forecasting the warmth.  Lincoln could end up at 62° or 63° if there should be less cloud cover than what is forecast.

It will remain seasonably mild if you are attending Christmas midnight services.  Temperatures will likely be in the lower 40°s at midnight Christmas morning.

There is a chance for light showers passing through southeast Nebraska late Friday night and Saturday morning.  At this time, it looks like the best chance for this will be between midnight and 4 a.m. Saturday.  Be sure to check back for updated forecasts! 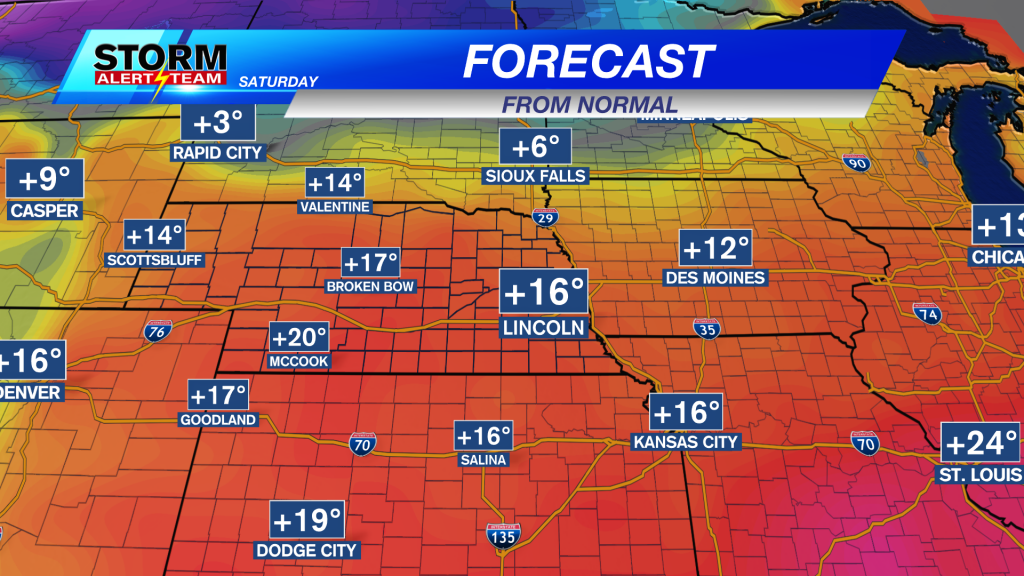 Christmas day around the region looks to be quiet and warm in regards to the weather.  Skies will start out mostly cloudy, but clouds will quickly be on the decrease Saturday morning, turning skies mostly sunny by afternoon.

While not quite record breaking – the record in Lincoln is 65° set in 1889 – high temperatures will still be 10° to 18° above normal in southeast Nebraska.  In fact, all of Nebraska is expected to be well above normal, along with surrounding states.  However, you will start to run in to cooler air if going to Nebraska or Minnesota.