Rain changing over to snow likely for many areas

We’ve seen a fair deal of sunshine for the first part of Thursday, and temperatures have responded. As a result, we’ve had to bump up high temperatures. It now appears that Lincoln may reach the upper-40s Thursday afternoon.

That said, temperatures will still be stuck in the 30s closer to the Tri-Cities where cloud cover will still hold strong. Nevertheless, it may get a little warmer than originally anticipated for areas seeing sunshine. By late afternoon, clouds will return in Lincoln. 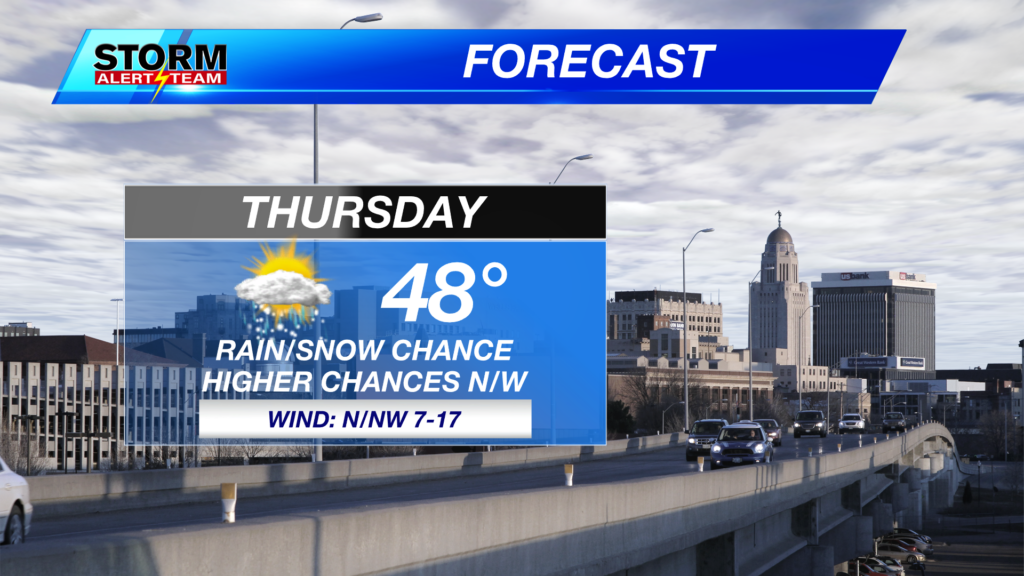 Winter weather returns on Thursday. Winter Weather Advisories are posted for a narrow corridor of the state, extending from southwest up to northeast Nebraska. It is in the advisory area where we expect the majority of any snow accumulation. 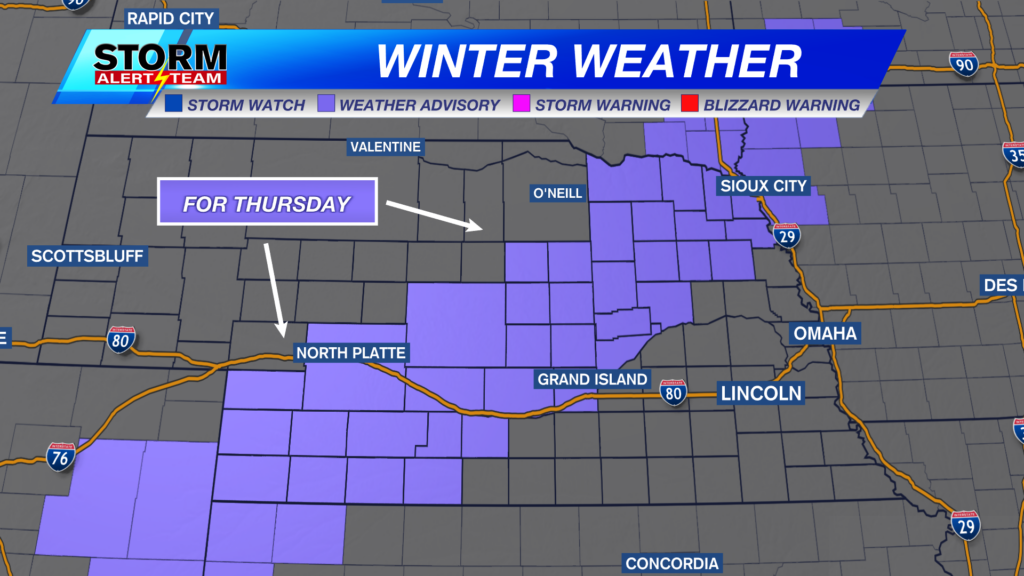 A few inches of snow will be possible in southwest, central, and northeast Nebraska. Some areas may see up to 3″. That said, areas farther southeast will have a harder time seeing much accumulation. Locations near the Tri-Cities may see as little as a trace or up to 2″. We expect little accumulation in far southeast Nebraska. 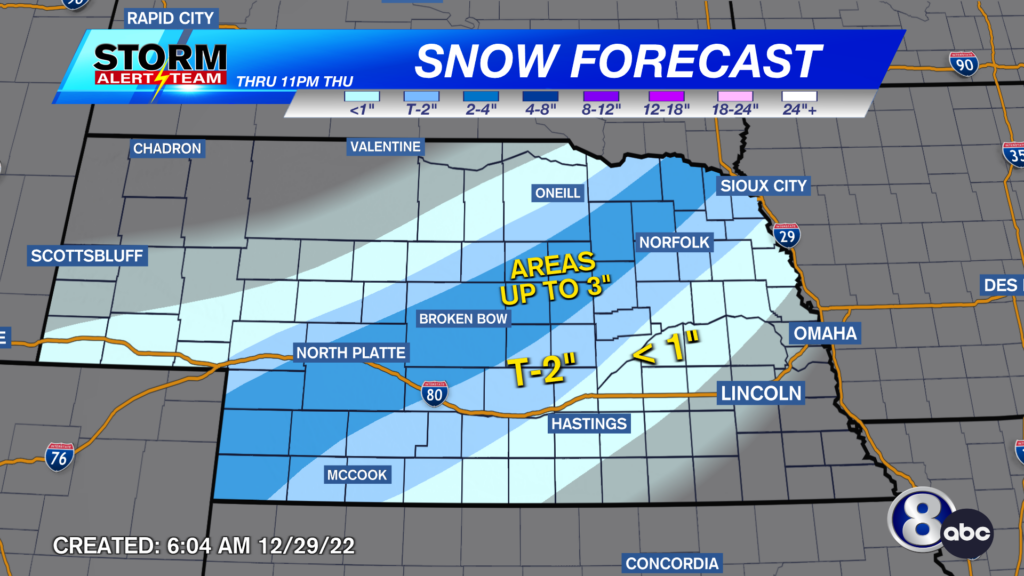 For many, precipitation will begin as rain. However, as colder air moves in, we’ll see flakes mix in. Eventually, a changeover to snow altogether will be possible for many. The presence of a rain/snow mix for some time will help limit snow totals. 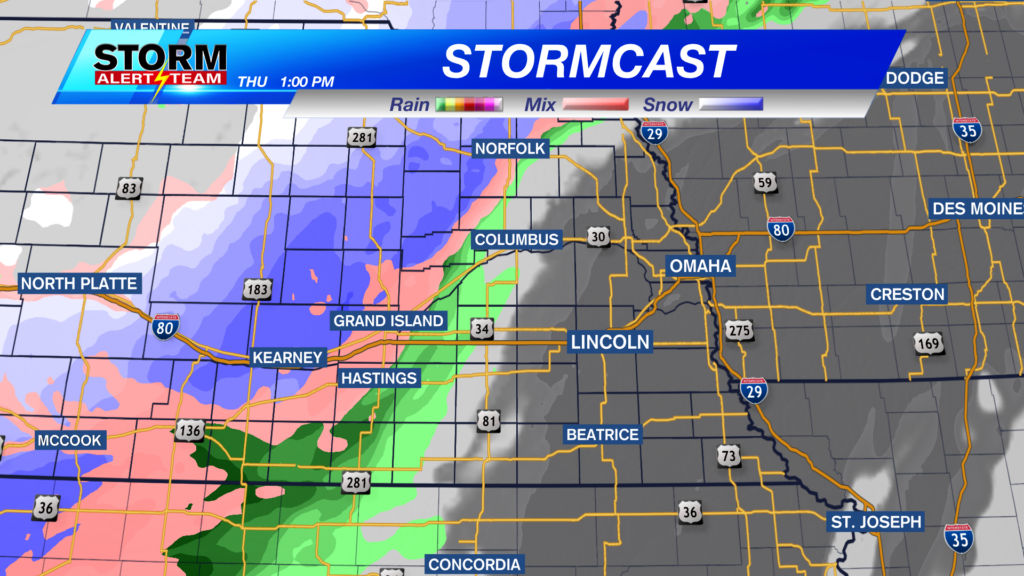 Rain/snow chances will be elevated as early as Thursday morning in central Nebraska. However, we’ll probably have to wait until the afternoon to see anything in Lincoln. In fact, much of the precipitation will be letting up in intensity upon approach to Lincoln. We expect less precipitation in southeast Nebraska as a result.

Highs should be able to reach the 40s in far southeast Nebraska on Thursday. However, it will be cooler where precipitation is falling. Afternoon temperatures will be in the 30s farther west. 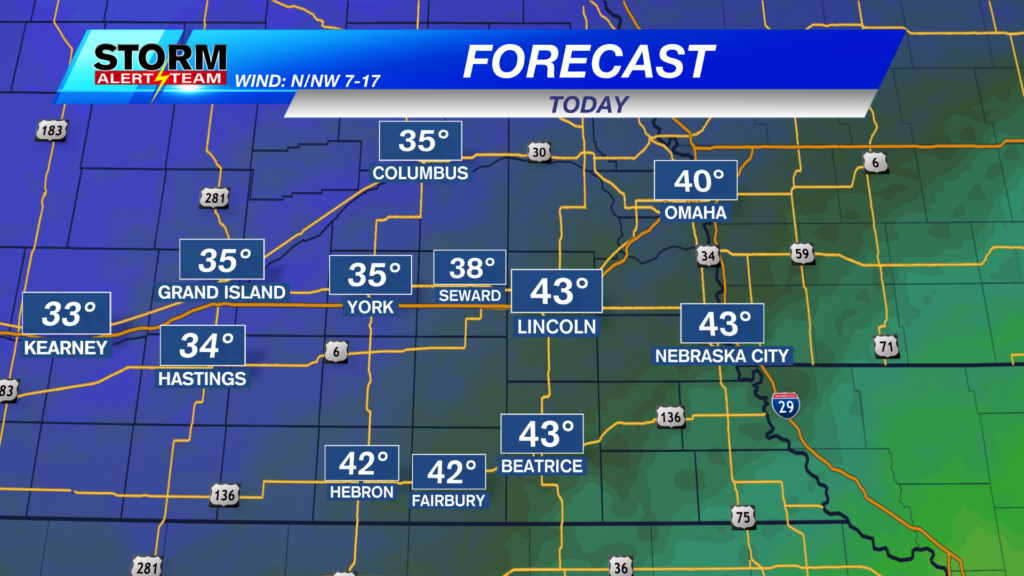 As we head into the evening, skies will begin to clear and temperatures will plummet. We expect a low near 21° in Lincoln. Fog development is also possible early Friday. With temperatures below freezing, we will have to watch the potential for freezing fog development. 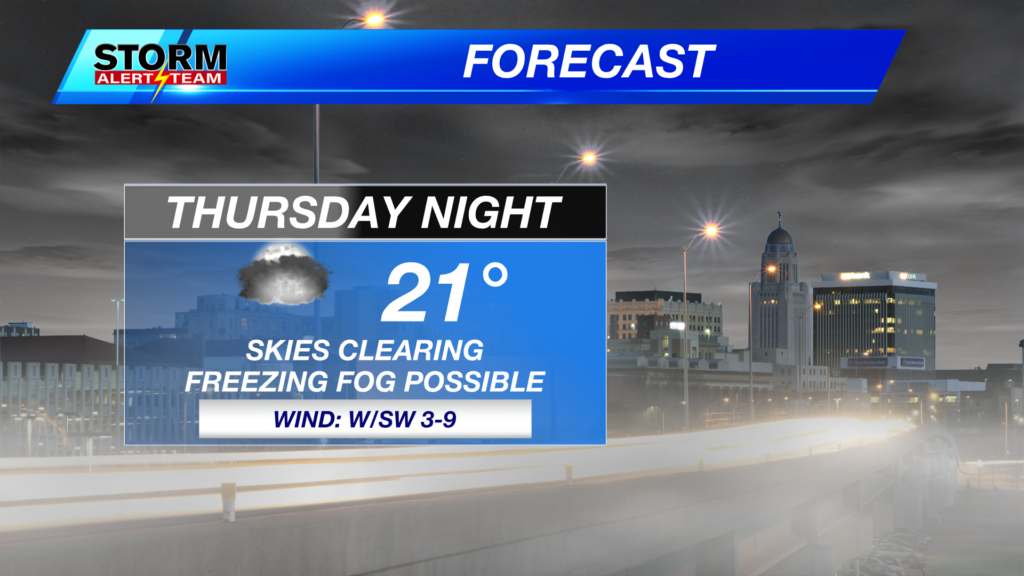