After reviewing some of the latest computer model guidance, there is a noticeable trend for Friday night snow totals in an eastward direction. As a result, we’ve made some adjustments to our snow forecast. 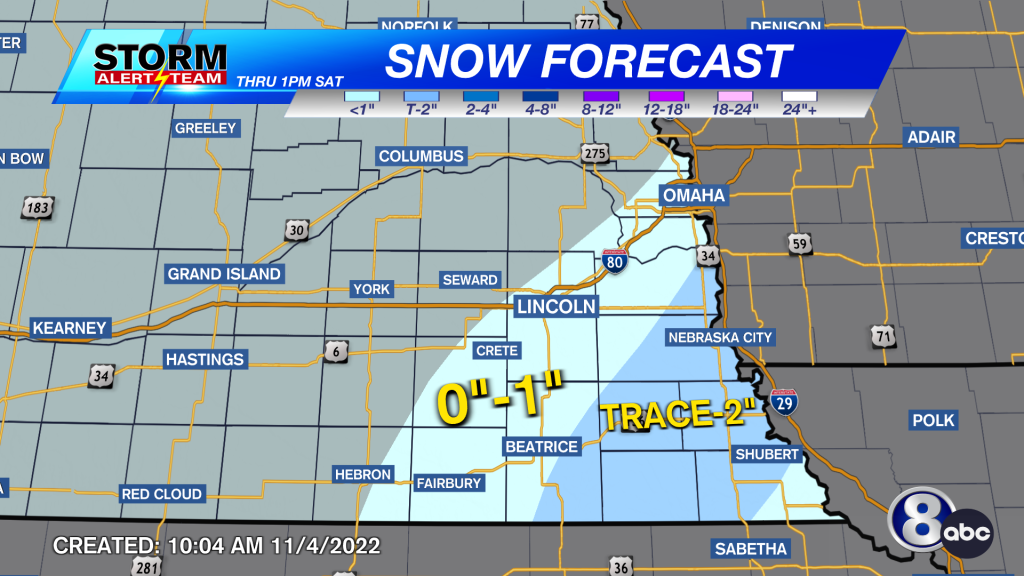 The farther west you are located, the lower chance you have of seeing flakes on Friday night. In far southeast Nebraska, as little as a trace or as high as 2″ is possible if the storm system tracks just right. Again, anything that does accumulate should melt fairly quickly on Saturday.

It is significantly colder behind Thursday’s cold front. Along with the cooler air, rain has overspread southeast Nebraska.

Showers will continue to be possible on Friday morning, and there may be a few rumbles of thunder as well. The most rain will fall to the southeast of Lincoln with 1″+ totals possible. There will likely be a sharp cutoff in rain totals, with lower amounts farther west.

As we head into Friday afternoon, most rain should be confined to eastern Nebraska. We can’t rule out a few of those in Lincoln. Afternoon temperatures may reach the 40s. 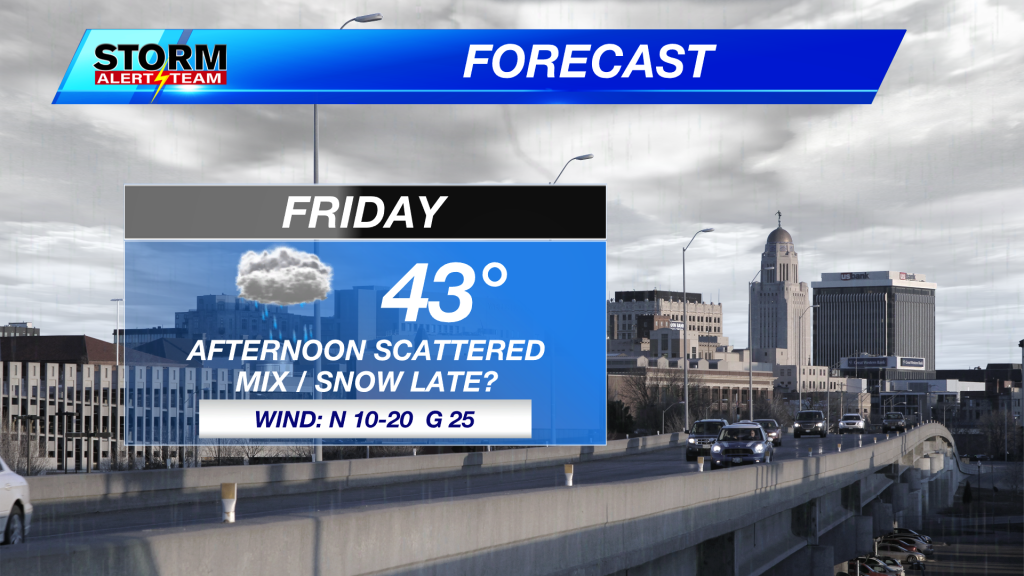 By Friday evening, we will be watching a new band of precipitation moving into southeast Nebraska. While it will fall initially as rain, after 9-10 pm, we’ll likely be watching it transition over to a wintry mix. Eventually, this will change over to snow in many areas. 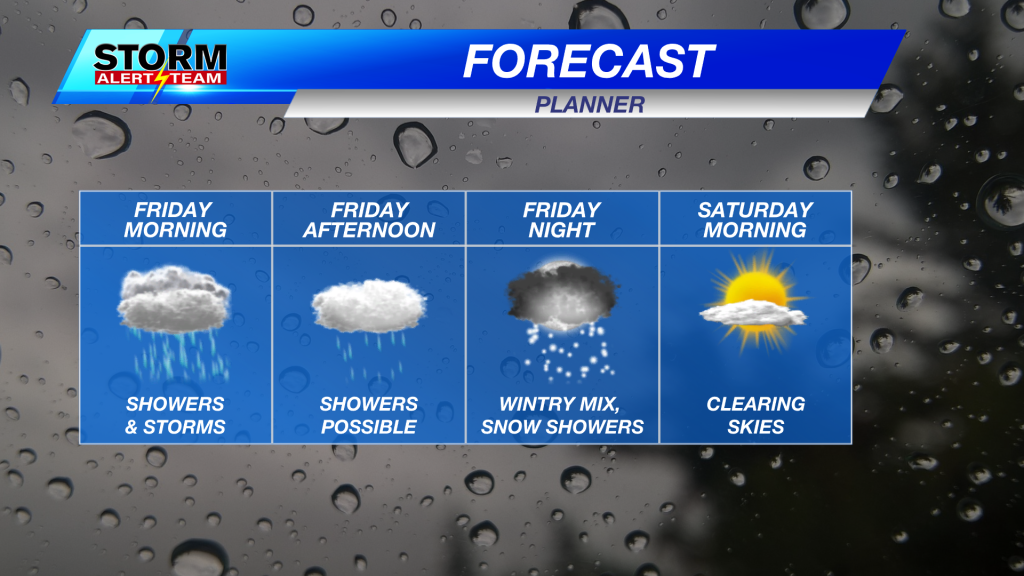 Soil temperatures are very warm, and that will very likely limit accumulations. That makes the snow forecast more difficult to determine. At this time, as low as zero accumulation or as high as 1″ appear possible in Lincoln. An axis of higher totals may be found to the southeast, where up to 2″ can’t be ruled out. 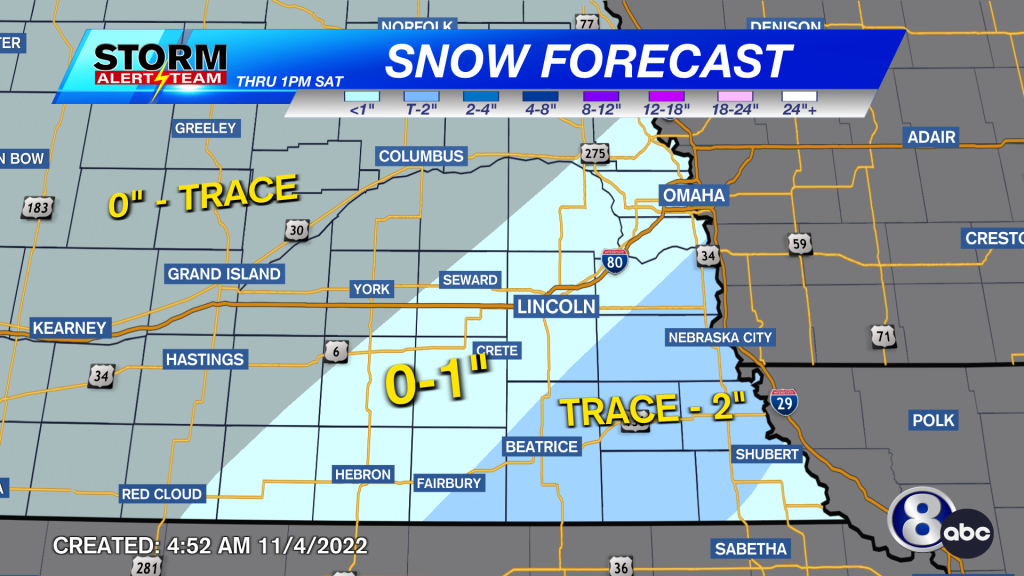 Anything that does accumulate should melt fairly quickly on Saturday. We will dry out before sunrise on Saturday, leaving dry conditions for the Husker game. Skies will turn mostly sunny, and we should see highs in the 50s and 60s across the area.