Rain to be replaced by sunshine and summer heat

Much needed rain has been falling across southeast Nebraska Thursday and Thursday evening.  Rain should come to an end by 1 a.m. Friday morning.  Low level moisture, in the form of low clouds, will likely reduce visibility at times Friday morning.  Lows will be in the upper 40°s.

Friday starts out cloudy but clouds should begin to erode by early afternoon.  Skies should turn mostly sunny by late afternoon.  The sunshine will bring warmer temperatures with highs in the middle 60°s to around 70°.

The best day of the weekend looks to be Saturday.  Mostly sunny to partly cloudy skies and temperatures in the 70°s.  The only downside to the day will be windy conditions, especially for the afternoon.

Showers will be possible during the morning Mother’s Day.  The way it looks right now, things should dry out by late morning/afternoon.  Highs will be in the 70°s. 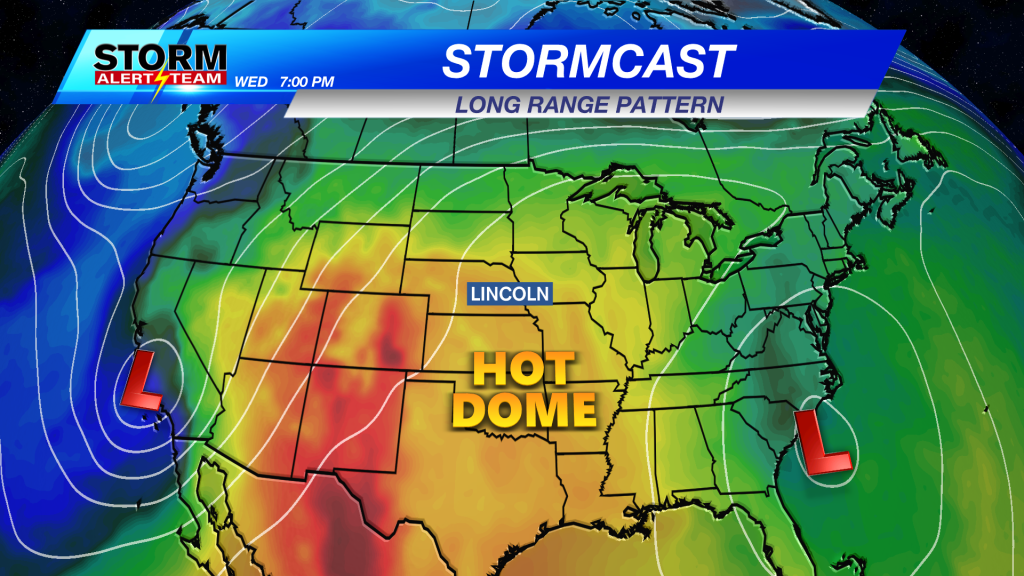 Long range computer models continue to suggest summer heat moves in to the state next week.  An early-season “hot dome” is projected to build over the south central United States by middle of the week.  Highs in the upper 80°s to lower 90°s look possible Monday through Thursday. 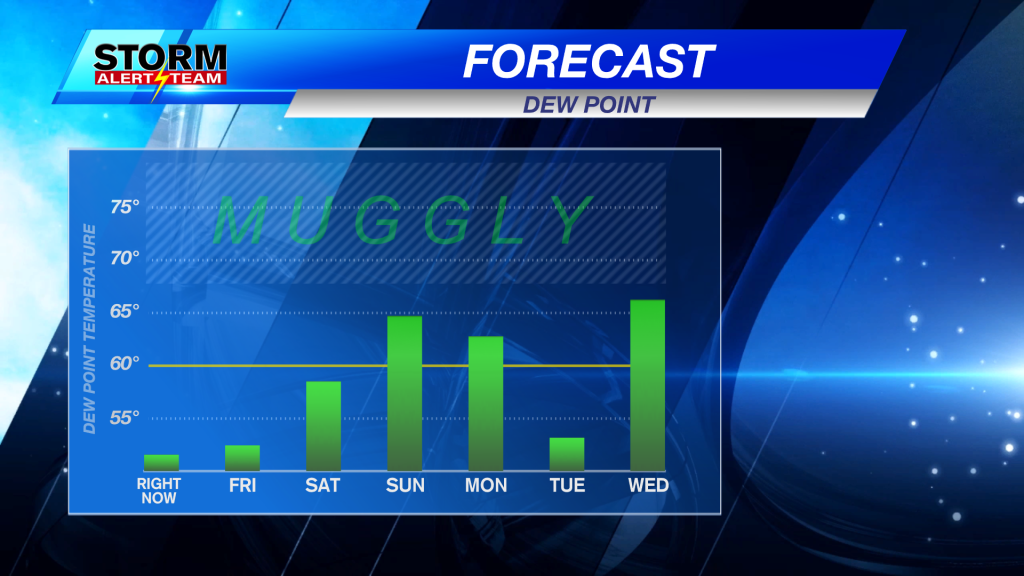 Humidity will also be on the climb next week.  Dew point temperatures – the measure of low level moisture – are projected to climb in to the lower and middle 60°s.  Anything above 60° starts to feel uncomfortable.  Once we get in to the upper 60°s to 70°s I like to refer to it as “muggly” (muggy + ugly).

We will also be watching for severe storm potential over western Nebraska, eastern Wyoming, eastern Colorado, and northwest Kansas.  At this distance it looks like good storm chasing weather in that territory.