This will be one of the warmer weekends as the month of October draws to a close. Saturday’s high temperatures reached the lower 80s, but Sunday will be quite different. In terms of heat, we will likely set another record this week but this time for a record high. October 23rd’s highest recorded temperature to date was set in 1915 at 84°.

As conditions support it, mostly sunny skies and strong winds out of the south will support warmer temperatures from Saturday to Sunday as highs climb to the upper 80s. 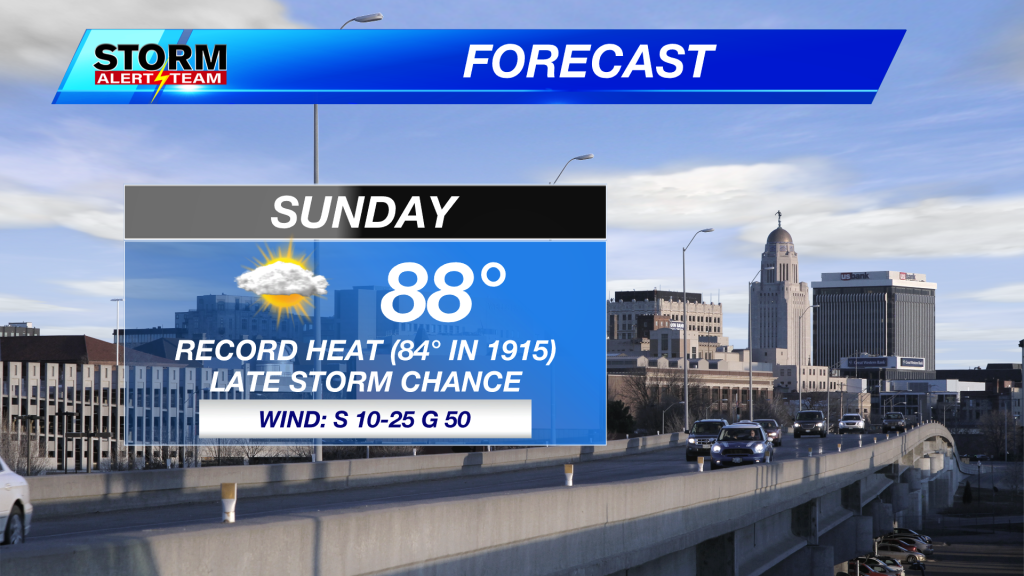 Breaking down the day on Sunday, the morning will start out in the 60s for the runners in the Good Life Halfsy. Winds will be picking up early, too, already with gusts upwards of 30 miles per hour by 10 a.m. 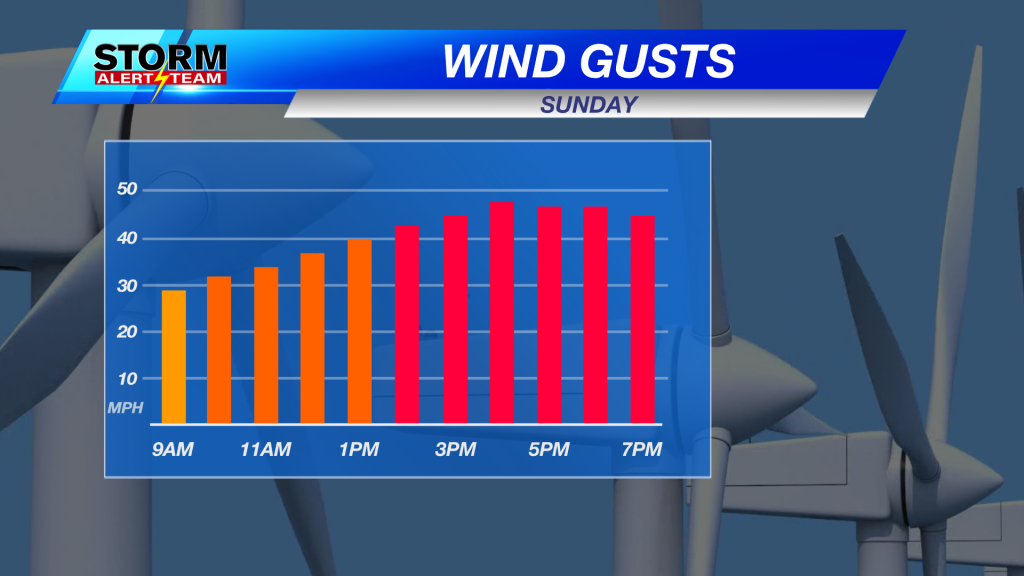 After that, a Wind Advisory has been issued for a good portion of eastern Nebraska tomorrow afternoon from noon until 7 p.m. That advisory is for wind gusts expected to be 50 miles per hour or greater throughout Sunday afternoon. 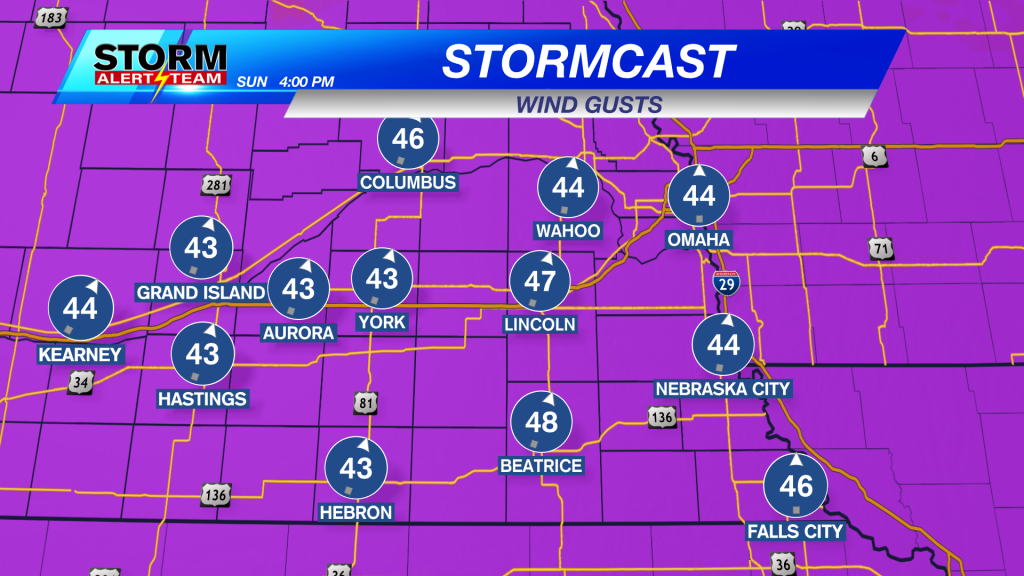 Later in the evening, we do have a risk of severe weather with what thunderstorms can develop with the timing of a cold front passing through. As of Saturday afternoon, Lincoln and most of eastern Nebraska are within the “Slight” risk category. The main concerns with these storms will be even stronger, damaging winds and large hail. 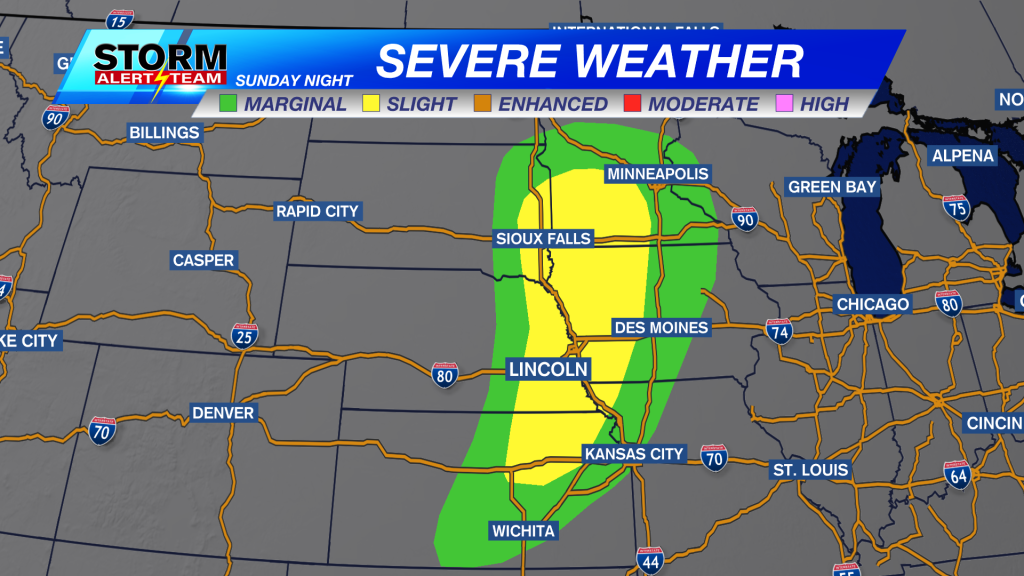 After this system that could bring rain chances throughout the day on Monday, we cool back down to near-normal temperatures. There are more chances to see rain later on in the week, too.