Southeast Nebraska woke up to showers and thunderstorms, some of which dropped heavy amounts of rain early Thursday morning.  Some locations in Jefferson and Fillmore counties received 1″ to 2″ of rain, prompting a Flash Flood Warning being issued for Jefferson County.

Showers, with a few embedded thunderstorms, will be possible through mid-morning (10 a.m.) Thursday.  While we get a few hours to dry out skies will remain mainly cloudy today.  This will help keep temperatures down compared to July 7 standards.  High temperatures will bein the lower to middle 80°s.

Because of the heavy rain Thursday morning, and the potential for rain in the afternoon and evening, the National Weather Service has issued a Flood Watch.  The watch is in effect through 7 p.m. Thursday. 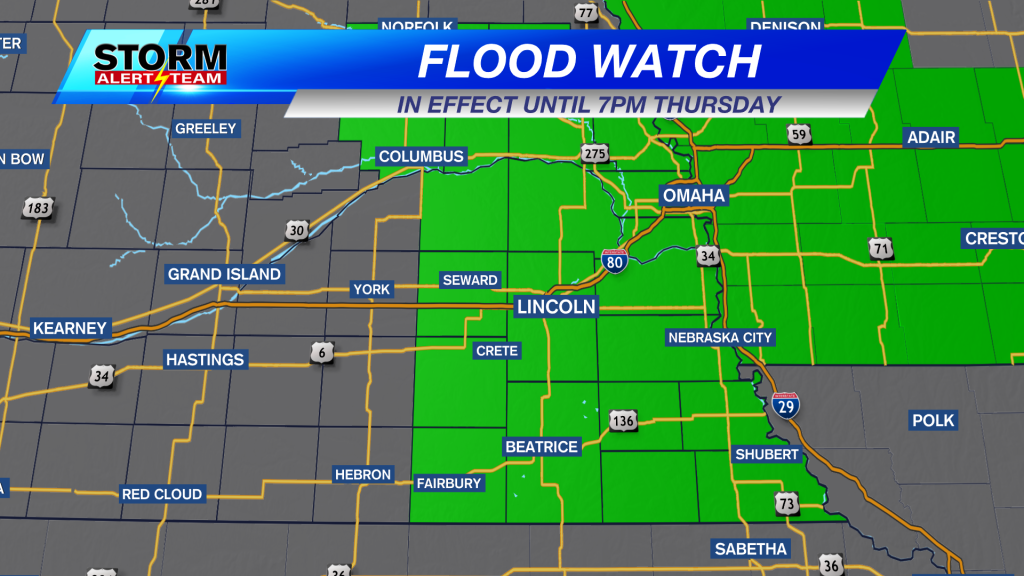 Flash flooding will be a possibility, especially late Thursday afternoon and in the evening, for areas that have thunderstorms training over the same locale.