The severe weather threat is finally coming to a close over Lincoln. One last band of showers is currently pushing through, but after that, we should be mostly dry for the afternoon. I think that all of our counties will be removed from any Severe Thunderstorm Watch by 1PM.

We’ve had a lot of rain in Lincoln…slightly more than we were first anticipating. A Flood Advisory has been issued for Lincoln which will be in effect until 1:45PM. Once the rain ends, I believe that any flooding will start to subside. 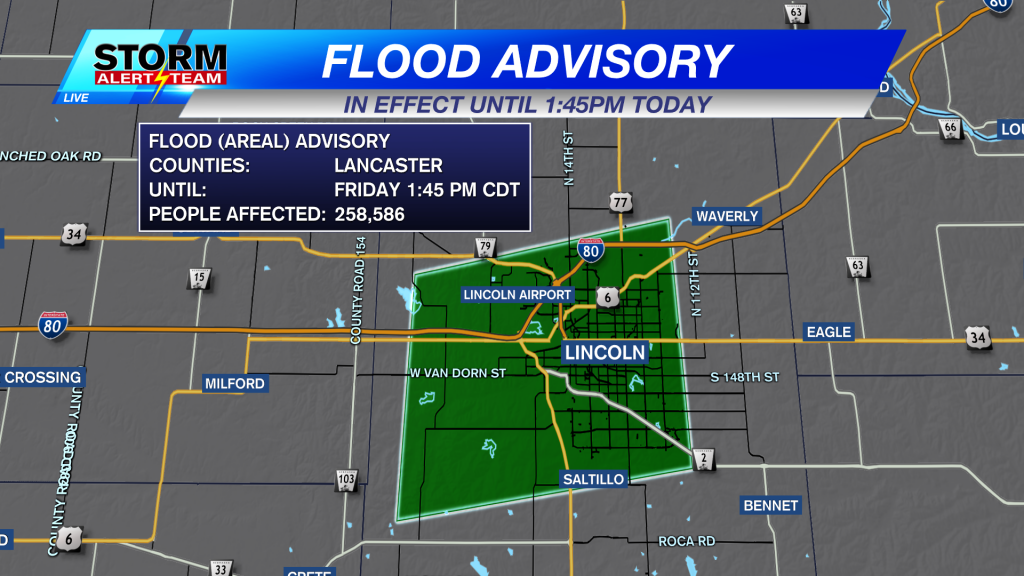 We’ve also had a few storm reports over the last several hours. 50+mph gusts were reported at Lincoln Municipal Airport, and some tree limbs were reported down in north Lincoln. We also had a report of a 50mph gust from a trained spotter in Pawnee county, along with golf ball size hail to the north in Johnson county. 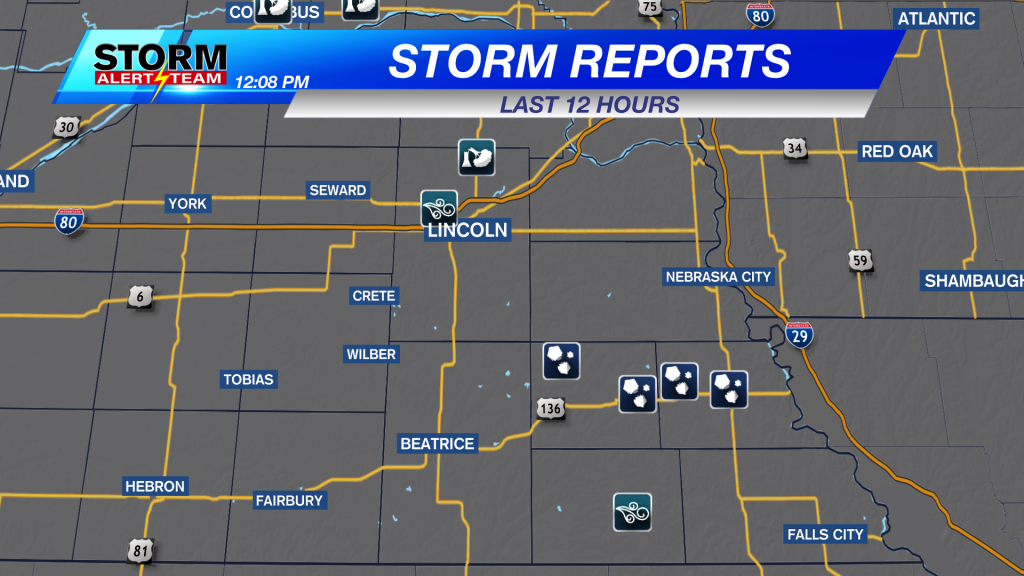 Other than some heavy rain for southeast Nebraska lingering into the early afternoon, the severe weather threat is largely over. We’re already starting to see clearing across the western portions of the state…this clearing will arrive for Lincoln later this evening. 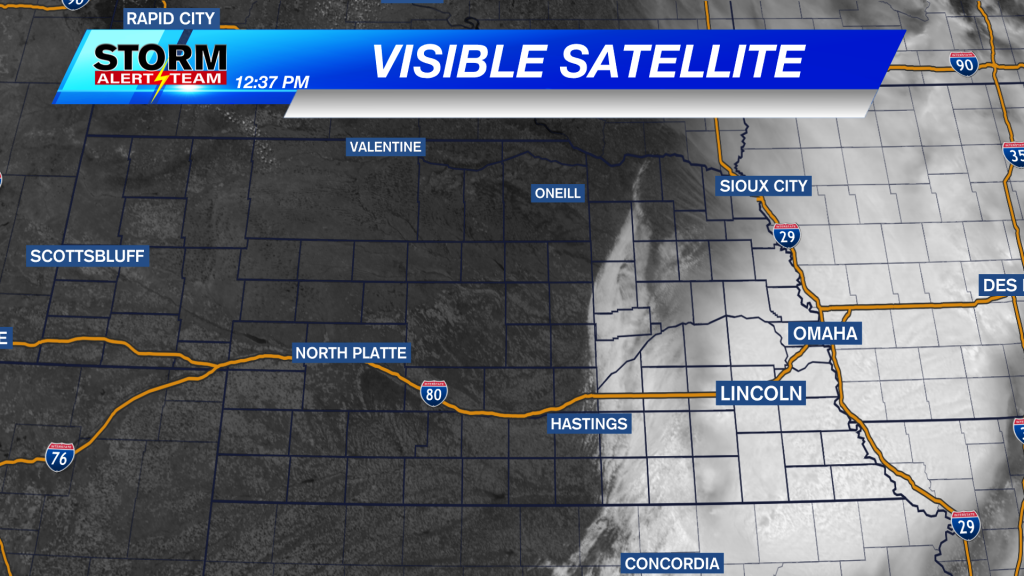 The other story is the wind gusts farther west. Notice how we have 30+mph wind gusts from about the Tri-Cities and points westward. These are non-thunderstorm wind gusts and will start to die down into the early to late afternoon. 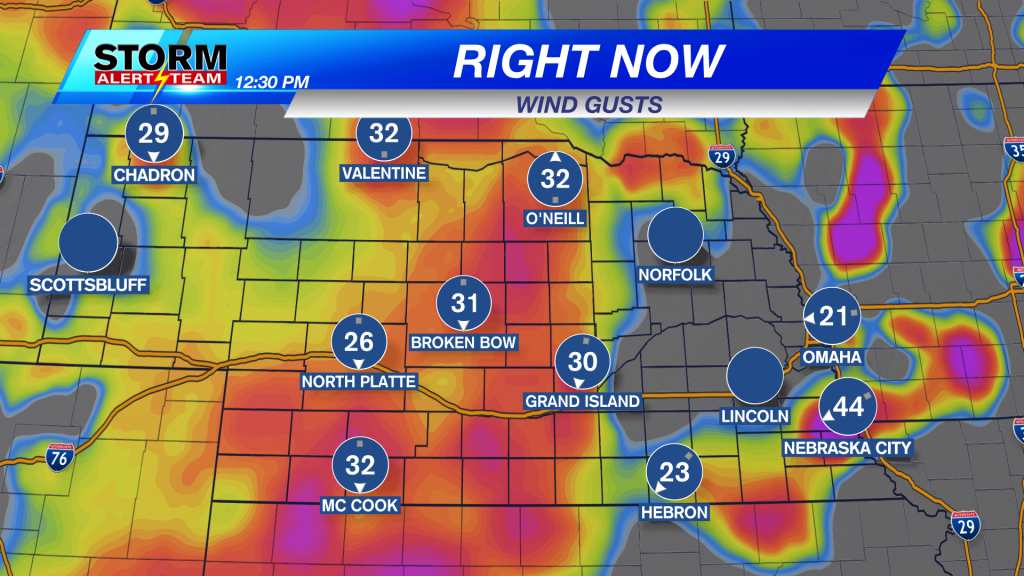 Your Saturday looks absolutely gorgeous! Sunny skies, highs in the upper 80s…and oh, did I mention that lower humidity will accompany us tomorrow too?

Storms on Lincoln’s doorstep. If you’re not experiencing rain now, you likely will soon if you live in Lincoln. There was a Severe Thunderstorm Warning in effect for northern Lincoln from 9-9:30AM this morning. That warning has since expired. 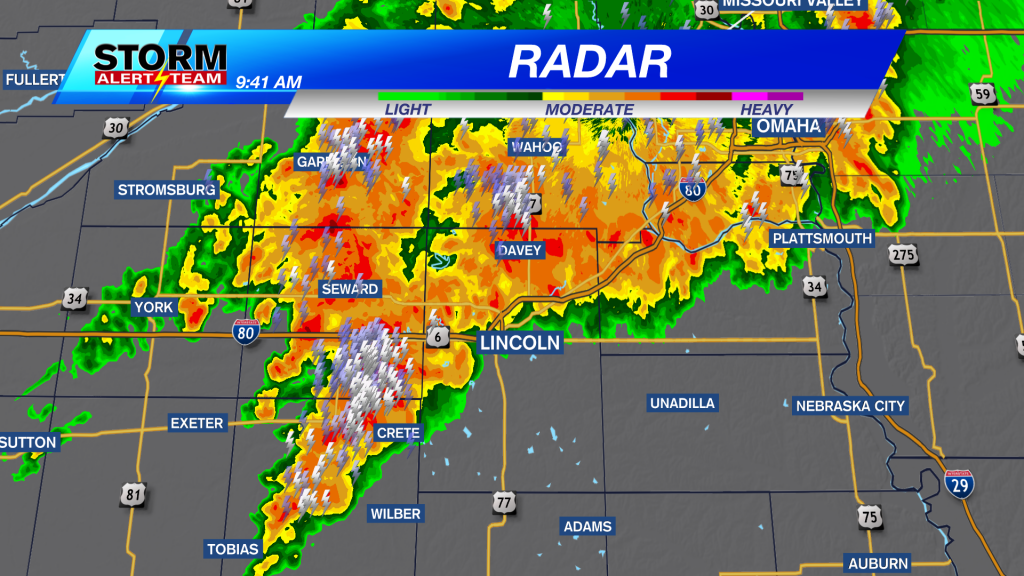 There was a 52mph gust reported at Lincoln Municipal Airport at 9:30AM. This is below severe criteria, so no warnings for now (as of 9:45AM). Nevertheless, it’s still gusty! 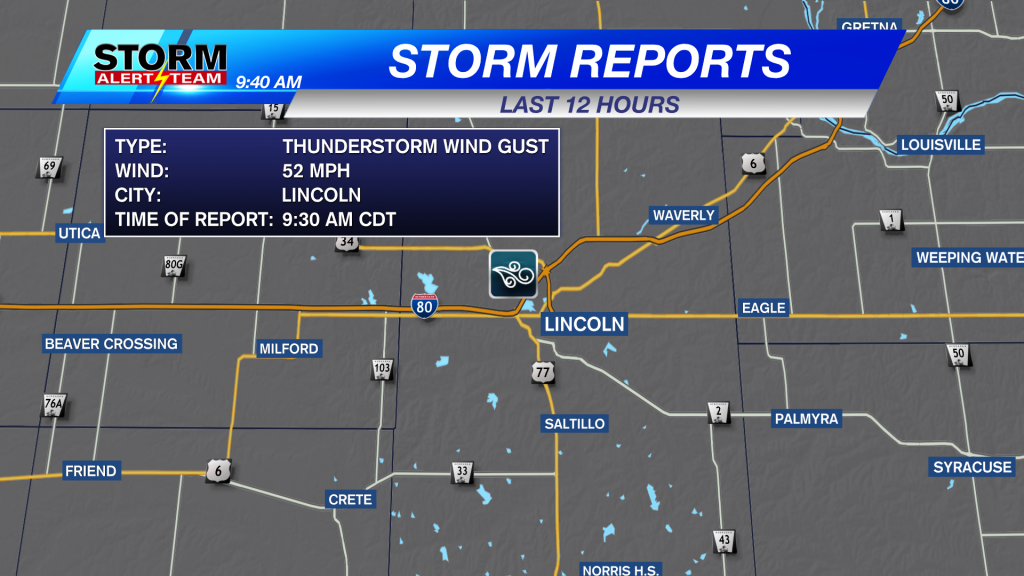 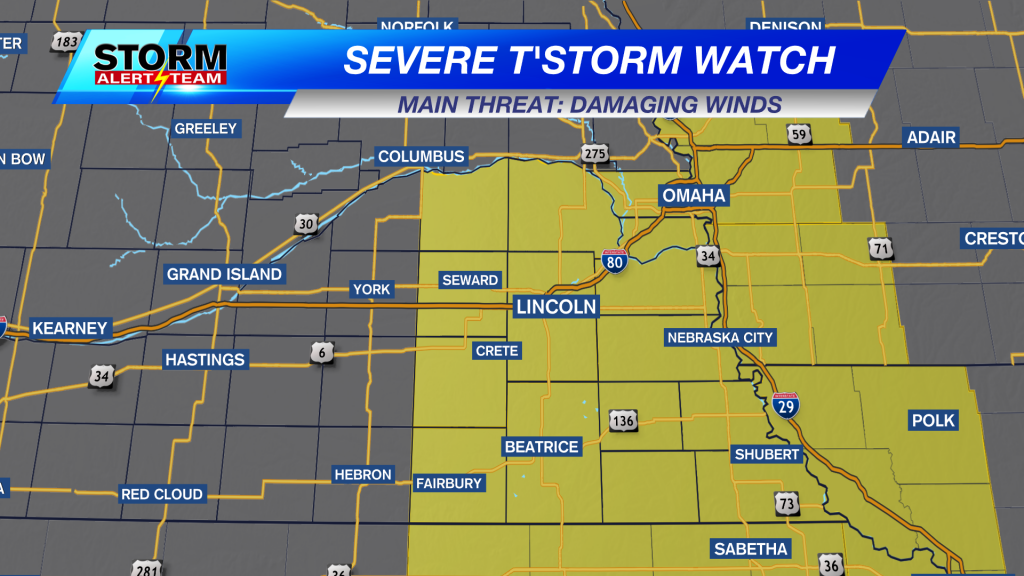 I am watching the potential for the storms to strengthen for our southern row of counties in Nebraska…I’ll have updates throughout the rest of the morning and on Channel 8 News Midday starting at 11. 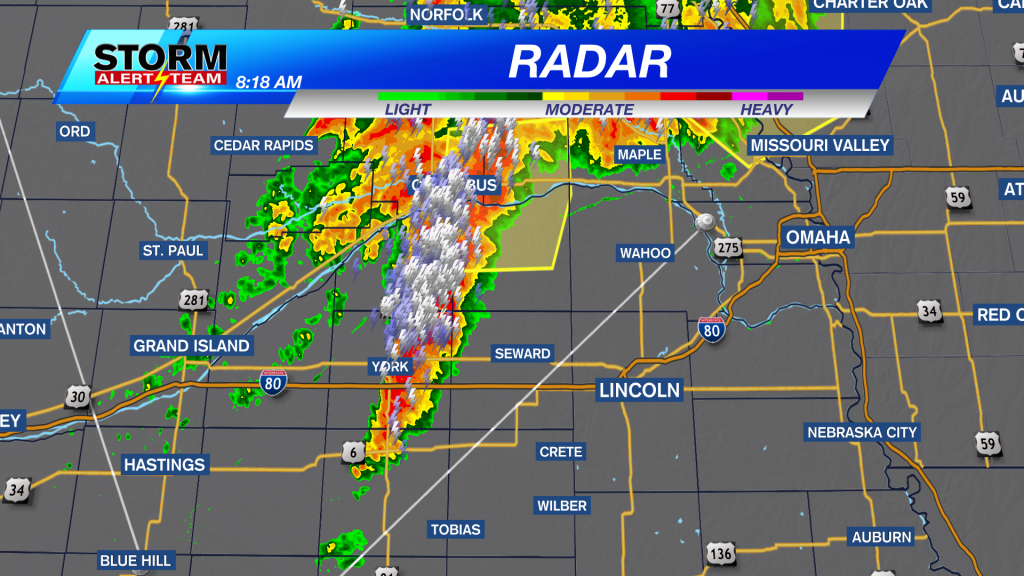 Storms are now starting to venture into Seward county, and will likely be in Seward in the next 30-40 minutes. These storms are continuing to hold on strong and should eventually reach Lincoln before 11AM. Even if there is no Severe Thunderstorm Warning in effect for your location, these storms still have a lot of dangerous lightning. So stay indoors if you hear thunder!

A Severe Thunderstorm Watch remains in effect until 11AM for Butler, Seward, and Lancaster counties. 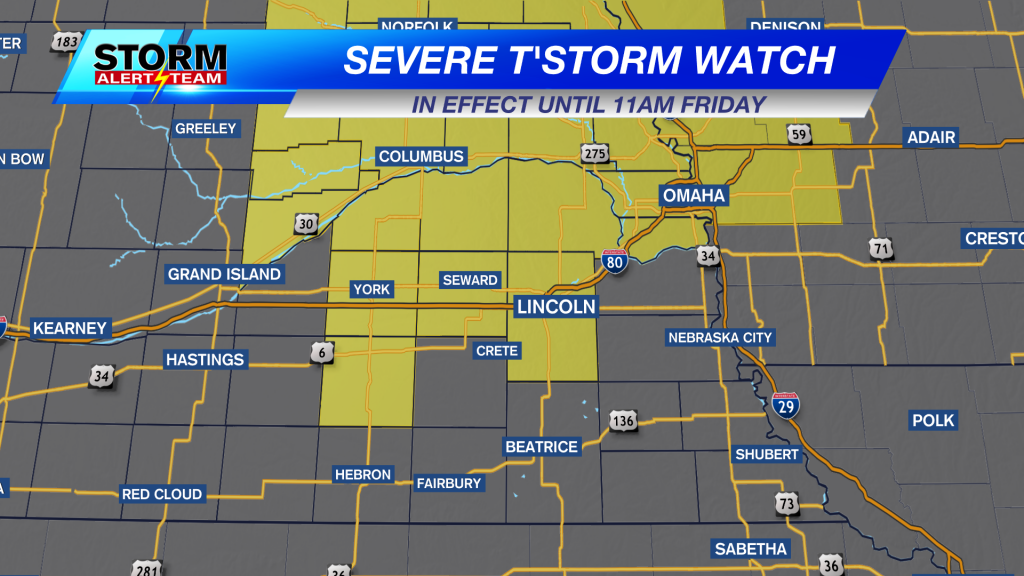 The storms in the northern portions of the state are still holding on strong. We have a few Severe Thunderstorm Warnings this morning including Antelope and Boone counties, with 60mph wind gusts being the primary concern. The atmosphere this morning has had what meteorologists call a “cap” in place. A “cap” essentially works to prevent storms from forming and thriving. This capping is starting to weaken over some areas and is resulting in the development of a line of storms extending through Boone, Nance, Merrick, and Hamilton counties. 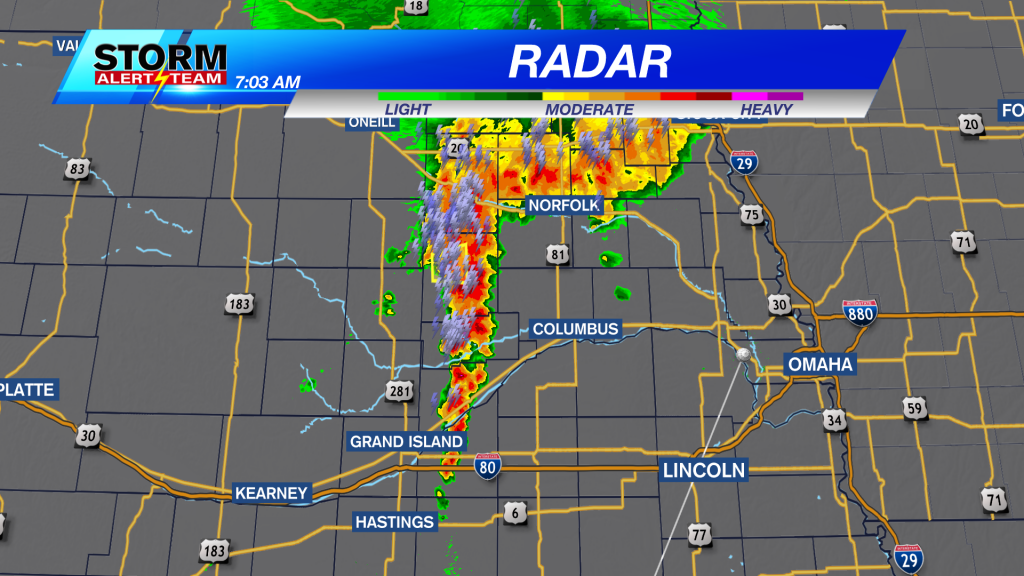 A storm in Boone county even dropped 1-inch diameter hail in the city of Loretto in Boone county. So while damaging winds are the main concern, isolated instances of large hail are also possible. 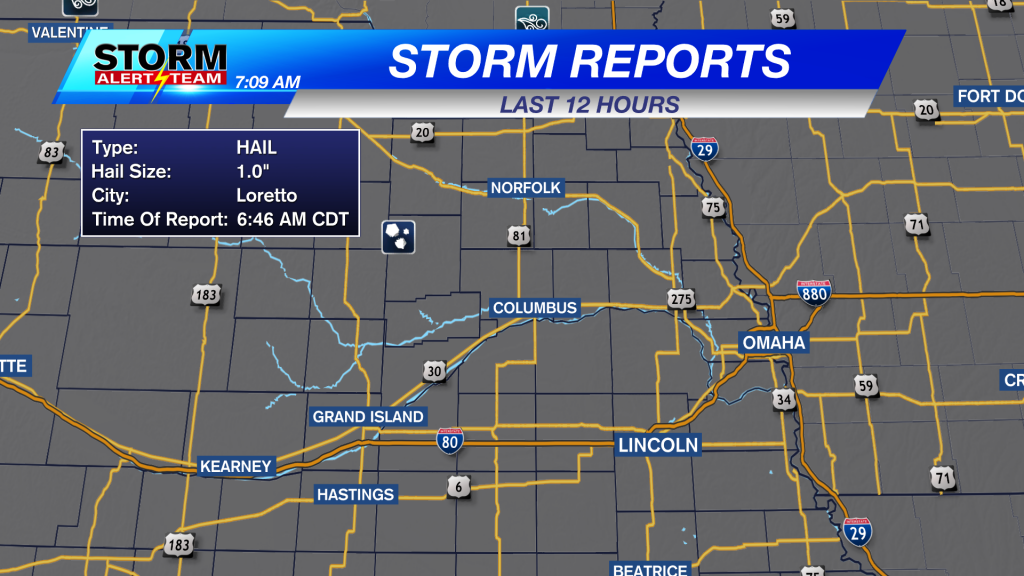 This line of storms is continuing to push to the east and southeast and should reach Lincoln in the coming hours. We’ll have updates online and on-air throughout the morning.

It’s certainly a loud morning for those in north-central Nebraska, there’s lots of lightning out there! A line of storms will continue to push east over the next several hours. The general thinking is that the best chance for severe weather this morning will reside well north and west of Lincoln. 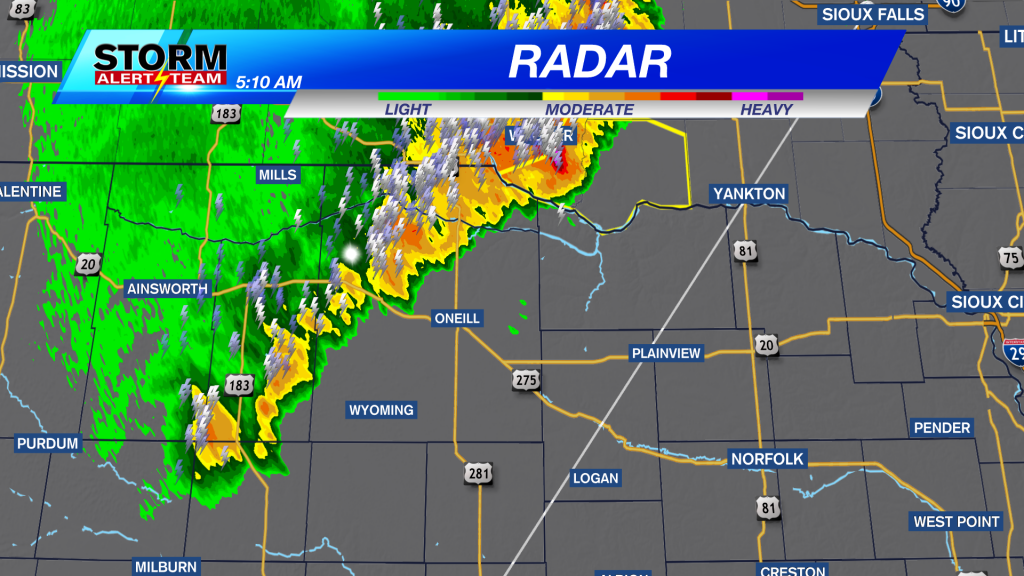 There is another batch of showers just south which is substantially weaker that is starting to fizzle out. This segment of showers is just west of Custer County as of this writing (4:30AM). A few showers cannot be ruled out for Broken Bow over the next couple of hours, but the stronger activity is farther north…and that’s where the strongest activity should stay. 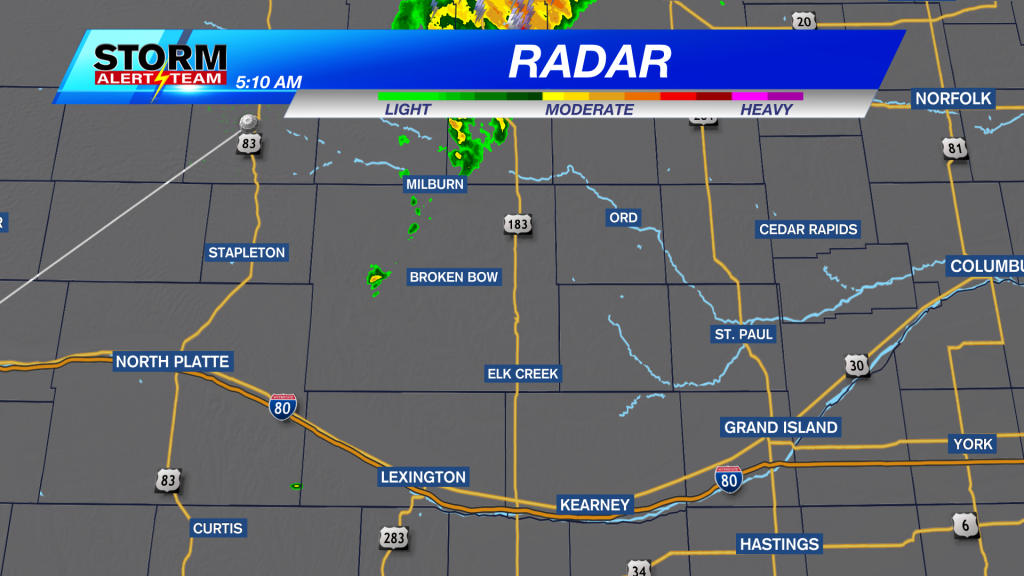 These storms do appear as if they should weaken over the next several hours. Stormcast shows this line of storms pushing to NE Nebraska by 8AM. However, the upper-level winds will shift sometime this morning and this line will make a southeastward dive and try to make a run for Lincoln. This version of Stormcast has the storms arriving in Lincoln closer to 10-11AM. 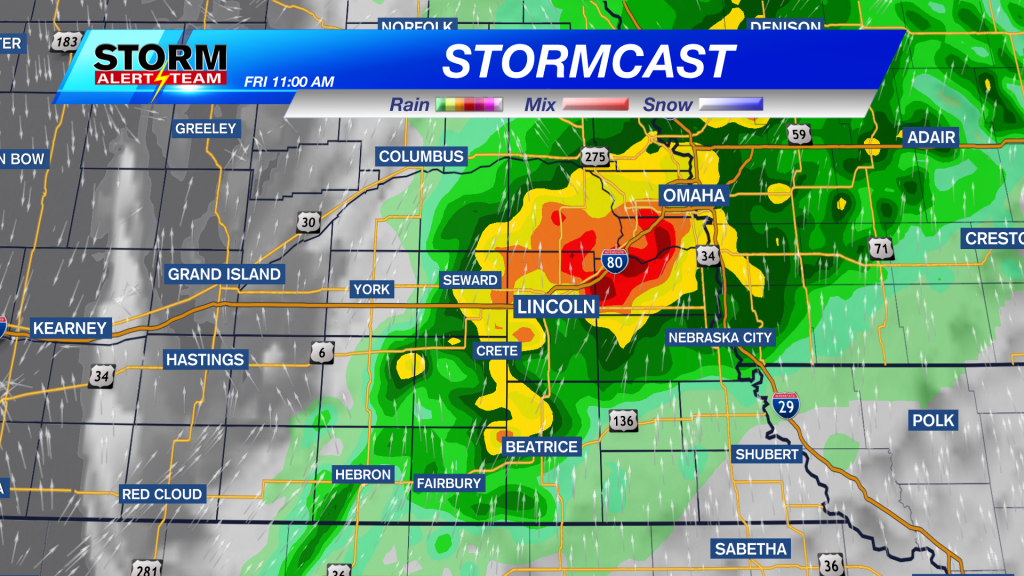 Overall, this is not looking like a widespread severe weather outbreak. We may see some stronger storms, but the primary threat is damaging straight-line winds. We can’t rule out the chance for an isolated instance of large hail. Tornadoes and flooding are not that great of a concern, but we’ll keep an eye on it just in case. By this afternoon, the storms should clear out. Aside from a small chance of an isolated shower in the early afternoon, things clear out by the evening. Temperatures are milder, the humidity will be lower…setting the stage for a lovely Saturday weather-wise! 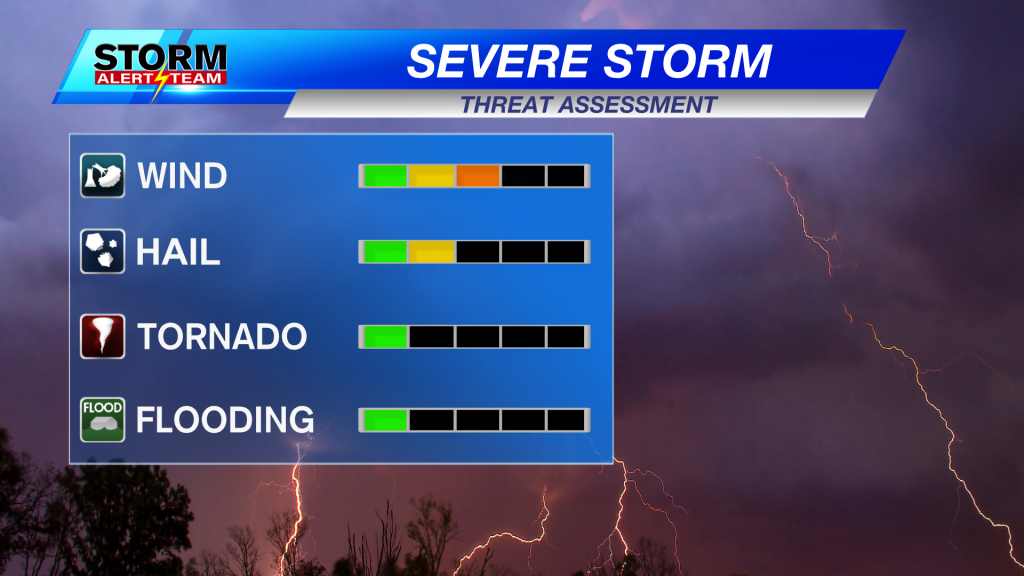