We’re watching a weather system coming out of the Rocky Mountains this evening. It is already spreading snow in to Wyoming, the Nebraska panhandle, South Dakota, and Colorado. Snow is expected to develop and produce at a heavy clip in northeast Colorado in to the evening, at rates as high as 2″ per hour. 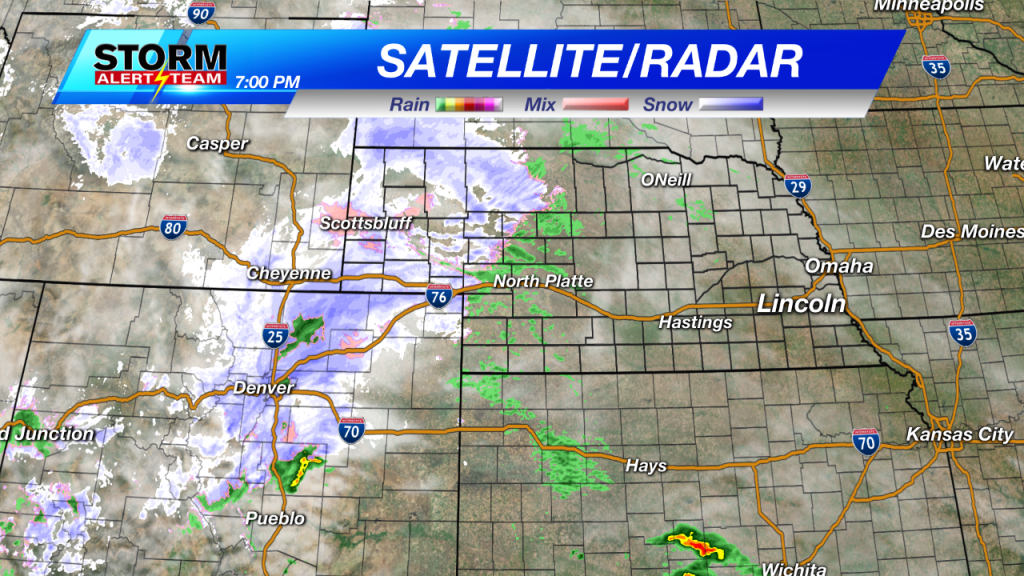 The moisture will spread east in to central Nebraska tonight. It will initially fall as light rain in central Nebraska – Broken Bow, Kearney, Hastings, and Grand Island – before changing over to light snow.  Computer models project snow falling through the morning and ending by late morning. 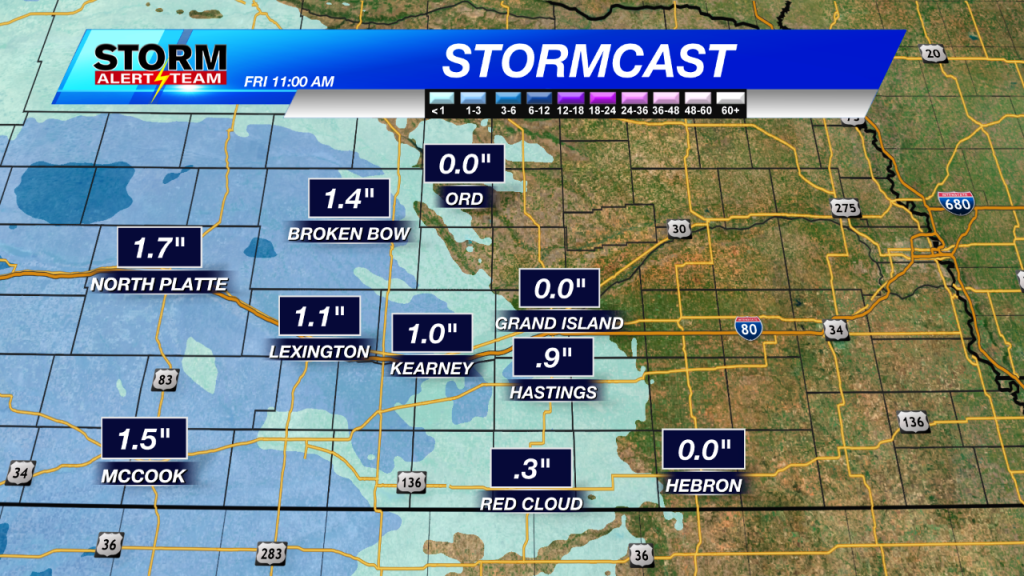 I am not expecting big snow totals out of this, especially with as warm as the ground currently is. However, snow may accumulate on grass and other elevated surfaces. I’m expecting less than 3″ in the Channel 8 viewing area. Totals will quickly drop off as it gets to the eastern extent of the snow band. Places like Grand Island and Hastings may only pick-up a half inch to an inch and a half. I think roads will be slushy at worse.

Further east… Rain will spread eastward through the morning.  I think most of southeast Nebraska will
have light to moderate rain falling by early afternoon. 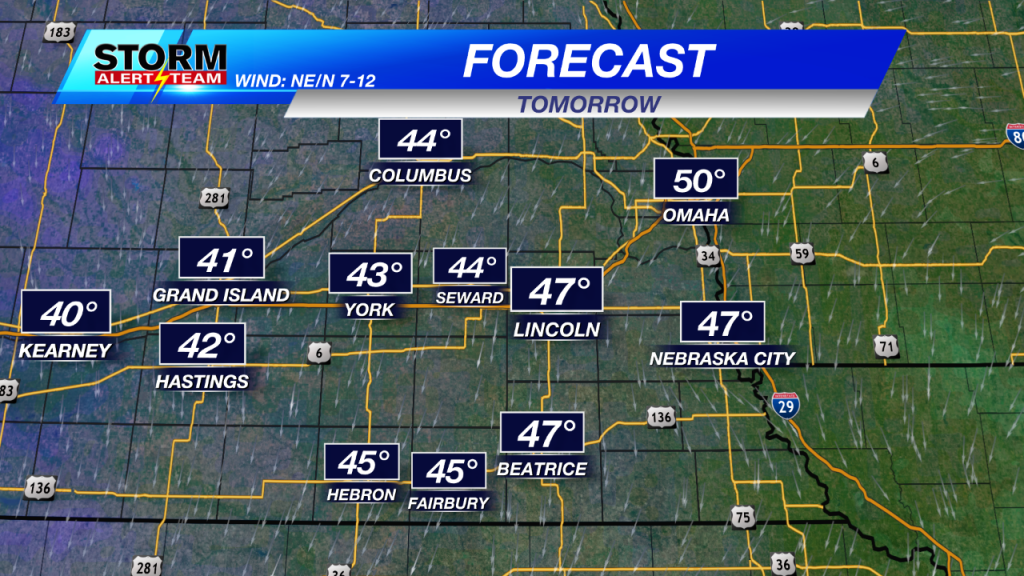 Because of overcast skies, a northerly wind, and falling rain, it is going to be a cool day. Highs will only be in the 40°s.

I’m going to carry a chance for a few scattered showers Saturday before the system pulls out. While Sunday will remain dry, expect for mostly cloudy skies, but temperatures will be warmer. Highs will be in the upper 50°s to lower 60°s.