After what has been the warmest open to December in 59 years, it is going to start to feel more like December.  At least for a day.

Morning clouds will burn off mid/late morning Saturday.  Skies will become mostly sunny.  Even with sunshine, temperatures will be held down thanks to high pressure entering the northern Plains.  Highs will be in the upper 40°s Saturday afternoon.

A cold front will approach the Cornhusker state Sunday.  The front will likely not pass through southeast Nebraska until mid/late afternoon.  Ahead of the front, temperatures should climb in to the lower and middle 50°s.  Once the front passes, winds will shift out of the northwest and increase in speed.  Colder air will start to spill in to the state, setting southeast Nebraska up for a chilly start Monday morning.  Lows should be in the teens to lower 20°s.

We are keeping an eye on a *potential* weather system coming to the central Plains late this week and in to the weekend.  Computer models are starting to get more consistent with their projections.  Enough so, that it is time to include it in the forecast. 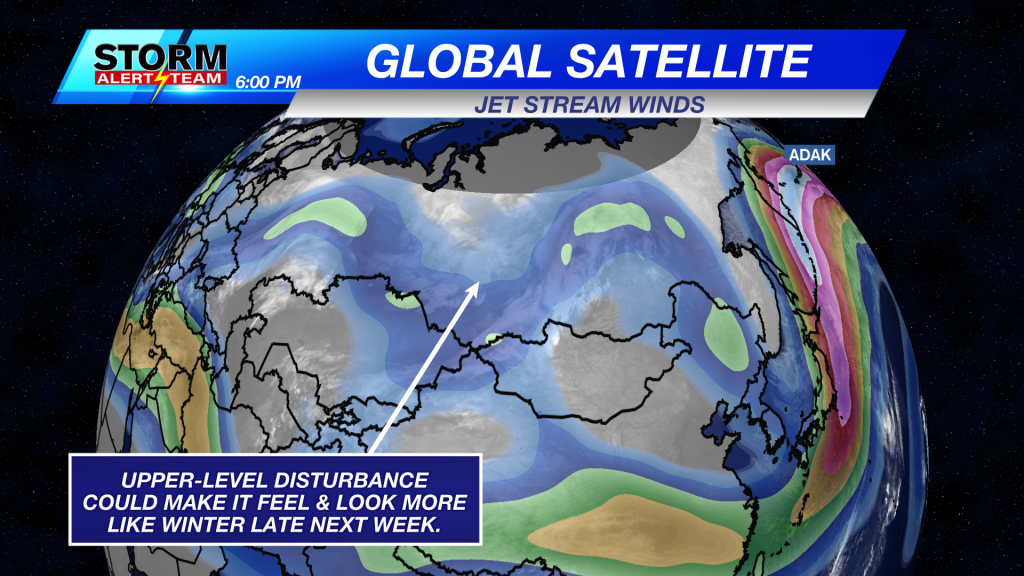 There remains great uncertainty in regards to this weather system.  Plus, it is many days away.  (Along with dozens of computer model runs away.)  We will continue to monitor trends in the forecast through the weekend and throughout the week.

Rain chances to start the week