Louisiana and the Gulf Coast are bracing for yet another tropical cyclone to make landfall later in the week. This will be the 4th landfalling system around the Louisiana coast. Many are still cleaning up from Hurricane Laura that battered southwest LA at the end of August.

Hurricane Delta made landfall on Mexico’s Yucatan Peninsula Wednesday morning as a category 2 hurricane. It will continue moving into the southern Gulf of Mexico throughout Wednesday. 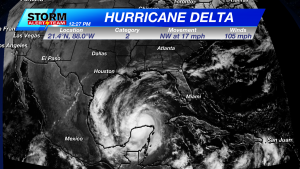 Delta will re-enter warmer waters of the southern Gulf and is expected to strengthen Wednesday into Thursday. However, as it approaches the northern Gulf, cooler water may induce a bit of weakening. But, Delta is still expected to regain major hurricane status (category 3+) and the wind field surrounding the storm is likely to grow in size during its approach to the northern Gulf Coast. 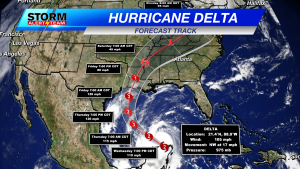 As of today’s forecast, landfall is expected sometime Friday afternoon. 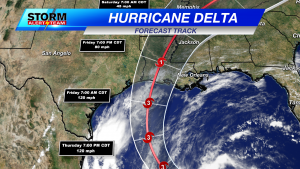 Hurricane Delta is the 25th named storm of the 2020 Atlantic hurricane season. The only other time we have hit this number of named storms was during the 2005 season. Delta was first used on November 15, 2005. The 2005 Atlantic season had an all-time record of 28 named storms. We still have quite a-ways to go with November 30th being the official end to the season.

Stove fire leaves Lincoln home with $5,000 worth of damage

Nebraska man sentenced after stealing over $20,000 from father