Temperatures were very mild on Wednesday morning, which is a sign of what is to come later in the day. We expect high temperatures to be in the middle-40s in Lincoln, almost 10° above the average high of 36°. For areas farther west, 50s may be a better bet. 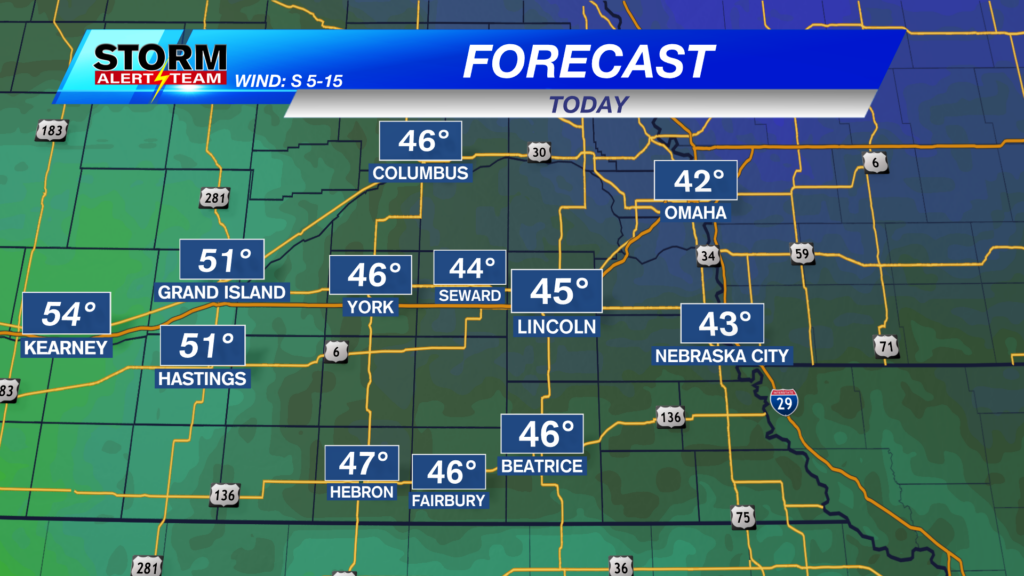 Wednesday features partly to mostly cloudy skies as some mid to high-level clouds drift in from the west. This is ahead of our next storm system, which may bring precipitation to some portions of the state on Thursday. Most of the day on Wednesday, however, looks dry in southeast Nebraska.

That said, rain chances increase as early as Wednesday evening in southwest, central and northeast Nebraska. As the night progresses, we may see enough cold air to see flakes mixing in, or a changeover altogether. 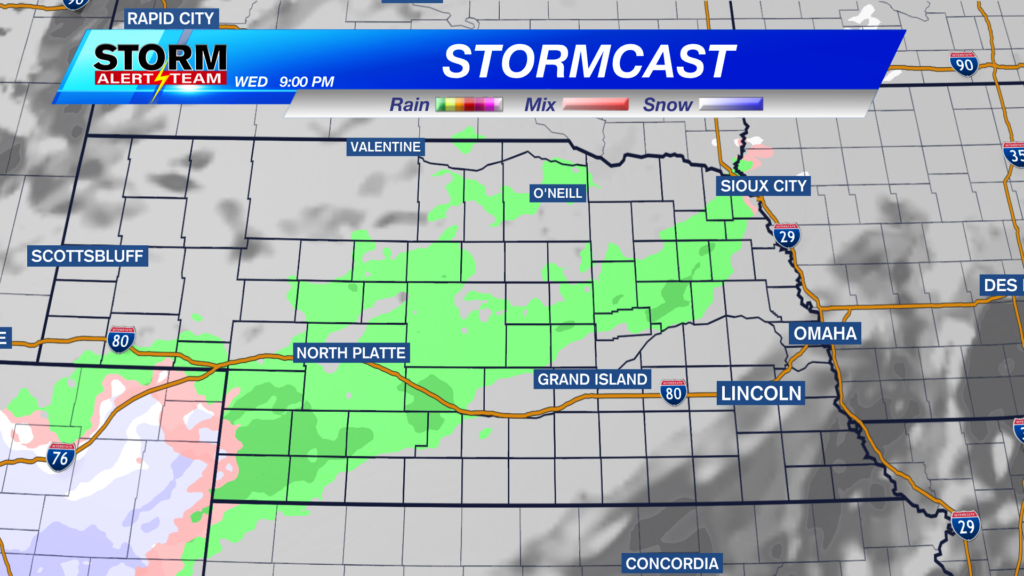 This batch of precipitation will try to progress into southeast Nebraska closer to Thursday morning. Some light rain/snow showers can’t be ruled out on Thursday morning or afternoon in Lincoln. By evening, most should be dry.

Most versions of Stormcast suggest the majority of the moisture will be in central Nebraska, with little totals for areas closer to Lincoln. These are the liquid-equivalent values, which may very well be an overestimate in many areas. 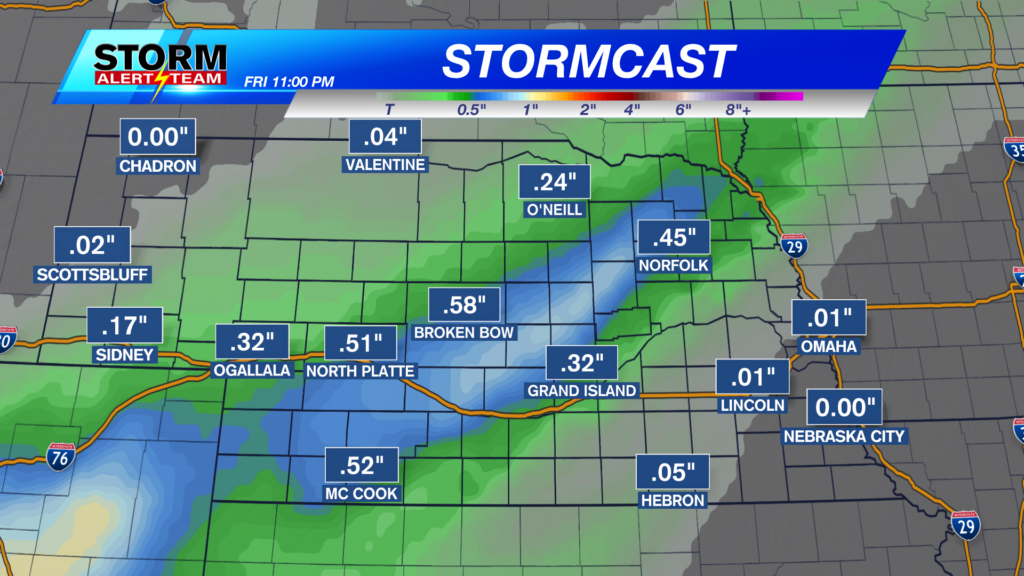 Some areas may be able to see some snow accumulation out of this as well. Again, mainly in central Nebraska. Up to 2″ could be possible in a few areas extending from McCook up to Broken Bow and Norfolk. 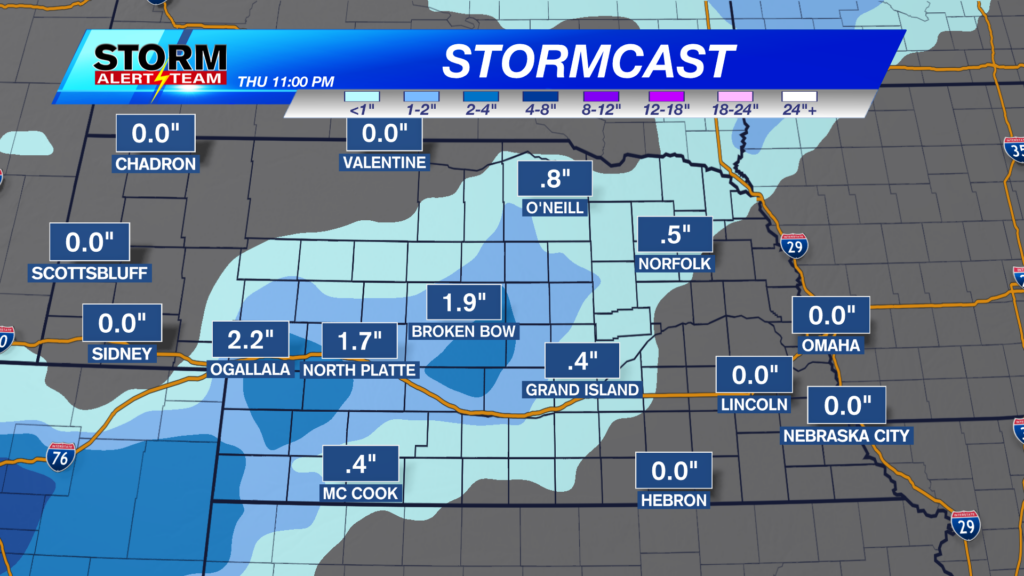 As of now, the holiday weekend looks dry with highs in the 40s. This will bode well for any New Year festivities.