Another cold, dreary day for southeast Nebraska.  For those that like sunshine you will like Wednesday as skies will clear by afternoon.

Rain showers will continue through the rest of the night; finally tapering off by 4 a.m. to 6 a.m. Wednesday morning.  The best chance for measurable rain will be east of a line from Omaha to Lincoln to Hebron.

Other areas in extreme eastern Nebraska will have a chance for drizzle and mist through the night before ending before sunrise Wednesday.

One thing that could impact Wednesday is several computer models are suggesting a temperature inversion could set up.  Meaning, instead of temperatures cooling with height, a pocket of warm air may exist between 3,000ft and 5,500ft above the ground, allowing moisture will be trapped near the surface allowing a deck of low clouds to exist.  If this does happen skies should clear by early afternoon.

TONIGHT:  Cloudy skies with light rain, drizzle, and mist.  Temperatures in the the upper 20°s to lower 30°s.  Moisture should be out of the area before temperatures drop below freezing.  Lincoln Low Temperature: 30°

I’m keeping an eye on weather around the country Wednesday and Thursday. 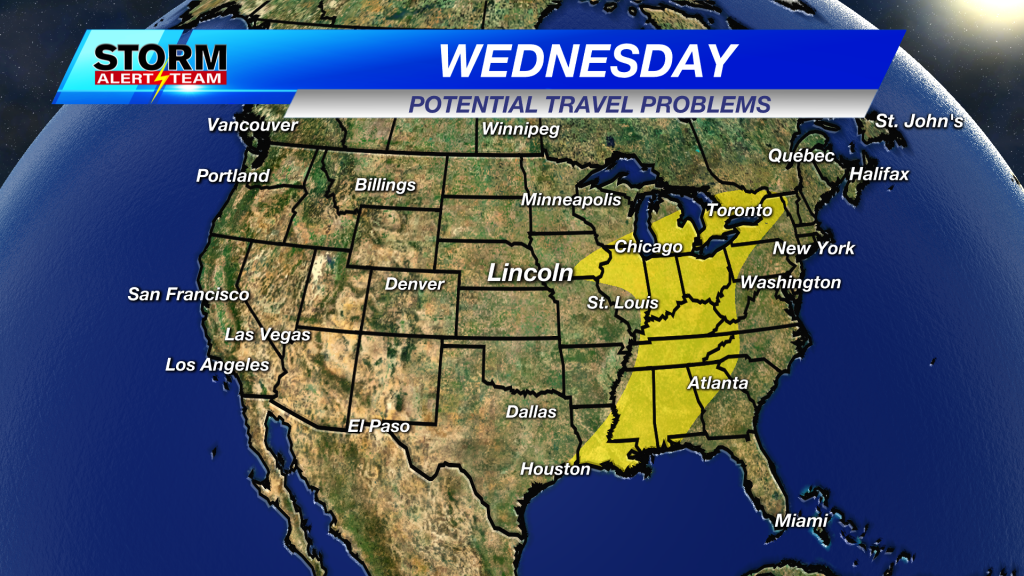 The weather system that passed through Nebraska Tuesday will have the potential to cause travel delays in the Great Lakes, Ohio Valley, and the southeast.  Airport hubs that could be impacted include O’hare, Detroit, Atlanta, and Nashville. 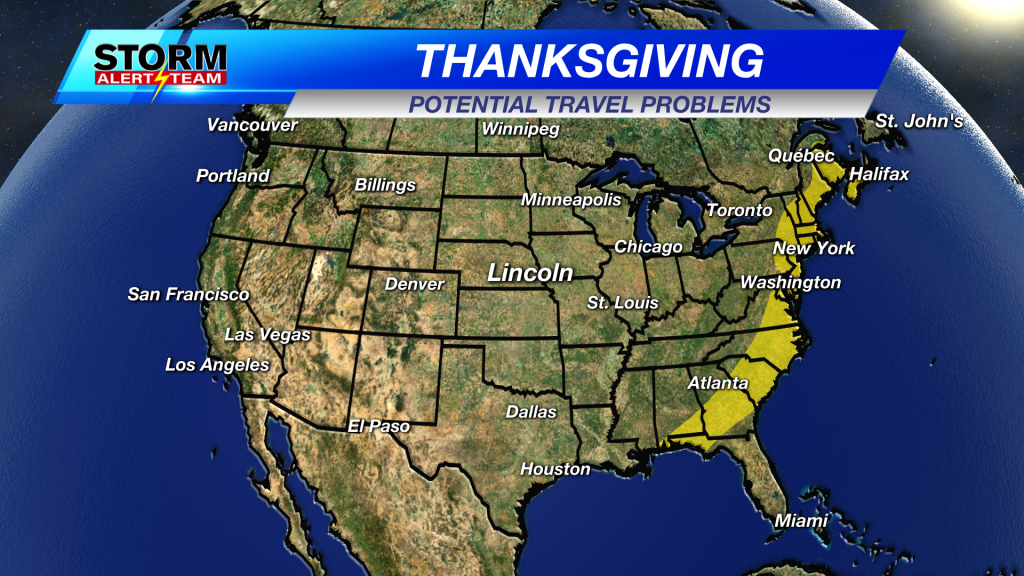 The weather should be a quieter on Thanksgiving with the exception being the east coast.  It looks like it could be wet for the Macy’s Thanksgiving Parade in New York City.