There will be a gradual warming trend over much of the next 7-10 days, including several days above normal.

TONIGHT:  Clear skies.  Cold, but not as cold as Tuesday morning.  Temperatures drop to the upper teens to lower 20°s.  Lincoln Low Temperature: 22°

WEDNESDAY:  Sunny skies early.  Clouds increasing through the day, becoming overcast by afternoon.  I can’t completely rule out a few light showers in southern Nebraska near the Nebraska/Kansas state line.  Temperatures top out in the upper 40°s to lower 50°s.  Lincoln High Temperature: 51°

WEDNESDAY NIGHT:  Overcast skies with areas of fog developing.  Temperatures will drop down to near freezing (32°F) by early Thursday for some locales so will have to watch out for a little freezing fog.  Lincoln Low Temperature: 34°

Brrr!  It got cold this morning.  Temperatures dropped as low as 5° in Ord Tuesday morning. 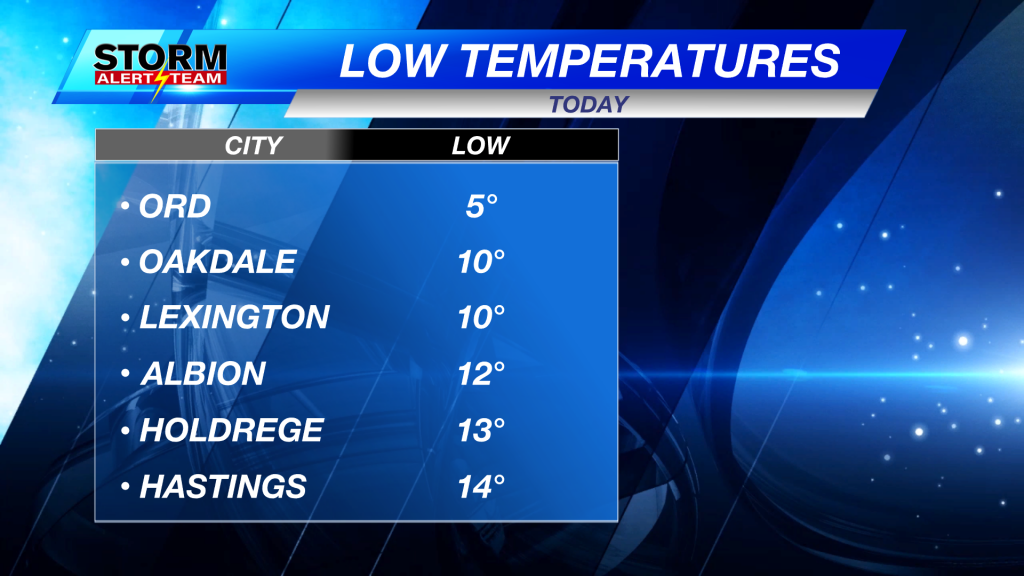