Many Nebraskans saw a significant snowfall on Wednesday and Wednesday night, with areas in central Nebraska measuring the snow in feet. The far southeast corner of the state ended up with less snow, as a wintry mix and dry air were able to dominate. Lincoln was still able to see a lot of moisture though, with 0.82″ of liquid-equivalent falling at Lincoln Airport on Wednesday. 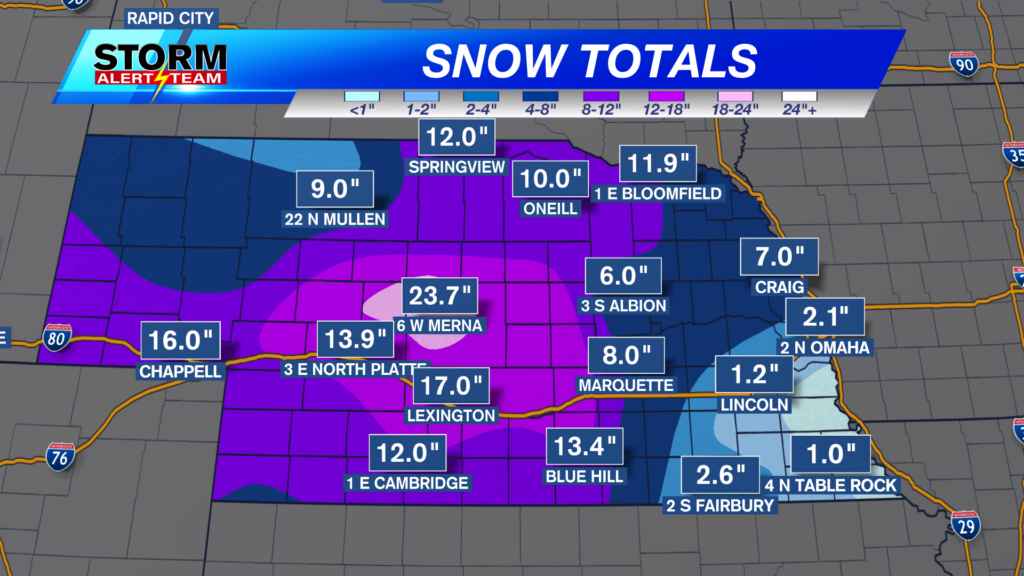 Snow showers will remain across the area on Thursday morning. However, these will be on their way out. After about 9-10 a.m. in Lincoln, snow chances drop off significantly. Any additional accumulation should be light, likely under an inch. 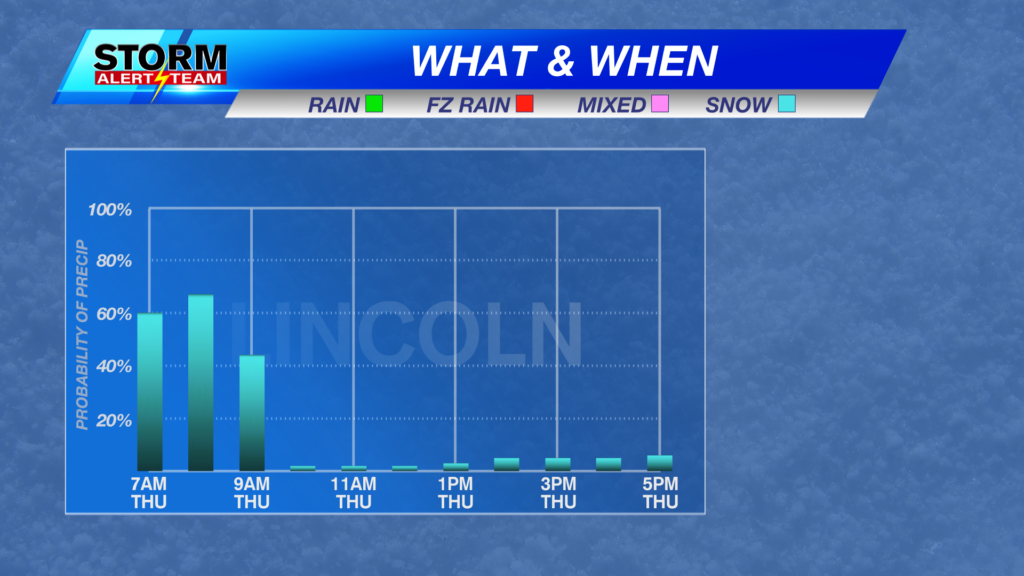 On Thursday afternoon, the low clouds should stick around in eastern Nebraska. More sunshine is a better bet in the western half of the state. Eastern Nebraska may end up seeing a few breaks in the clouds, but the low clouds will likely be a bit stubborn. We’re looking for an afternoon high near 30° in Lincoln. 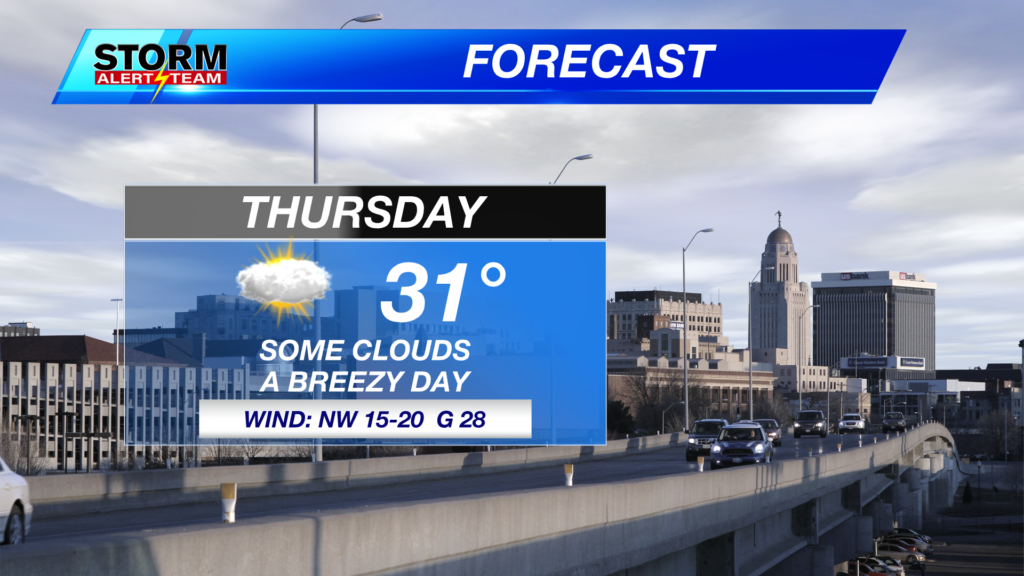 The forecast looks dry heading into Friday. However, there is another disturbance heading our way on Saturday. Most of the energy should be to our south, and that’s where we expect the majority of the precipitation to fall.

Lincoln will be on the northern fringes of this system, so it doesn’t look like the best snow chance as of now. Saturday snow chances increase the farther south you travel. 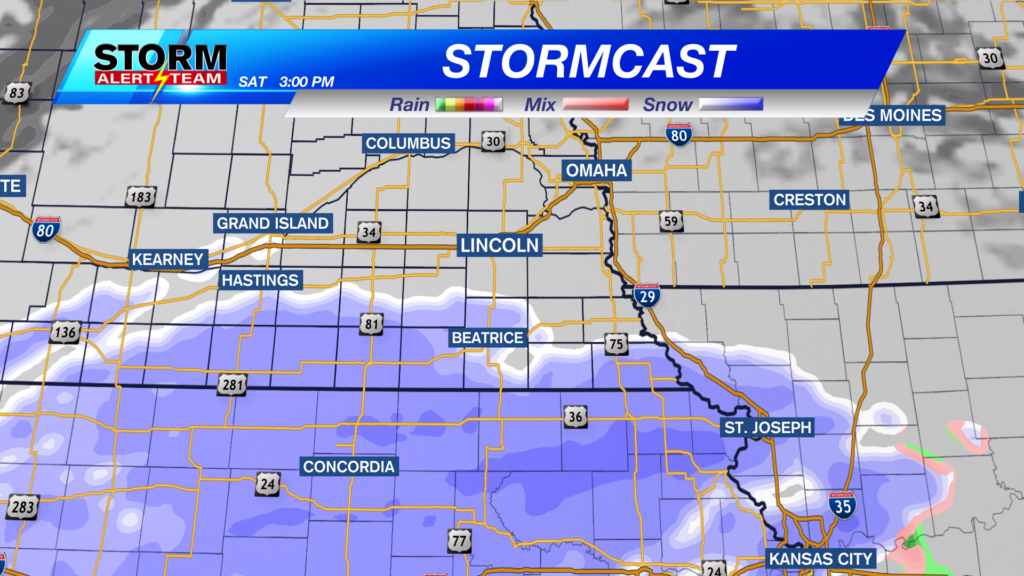