Unseasonably warm through the weekend

Temperatures will continue to warm on Friday. Highs will rise into the 80s for much of the area, and sunshine will prevail for another day. Some high clouds may float overhead at times. 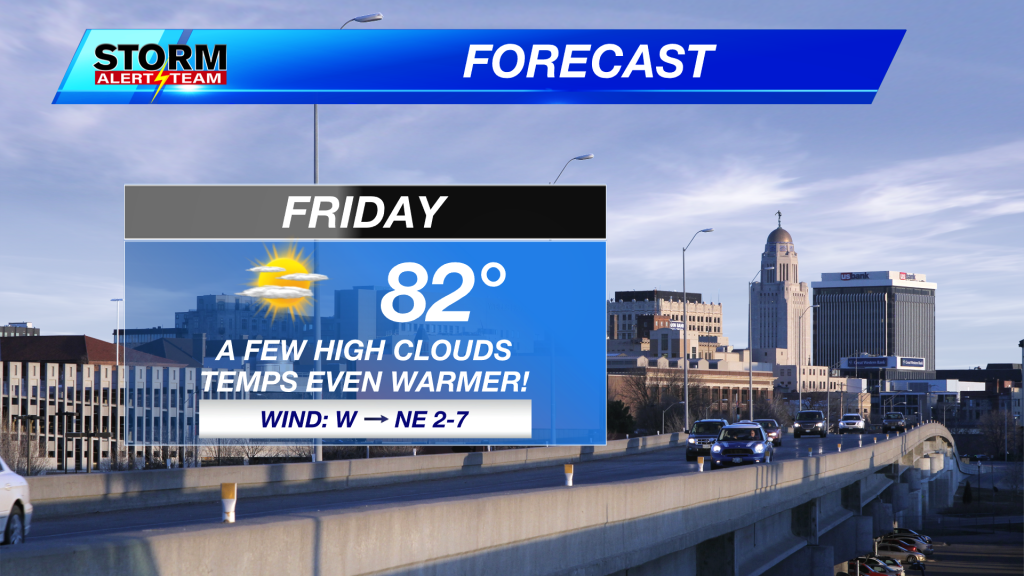 The very warm air is showing no signs of leaving as we venture into the weekend. Saturday will be a nice day, with highs in the mid-80s and mainly sunny skies. It will also be the better day to get outside over the weekend as winds pick up on Sunday. 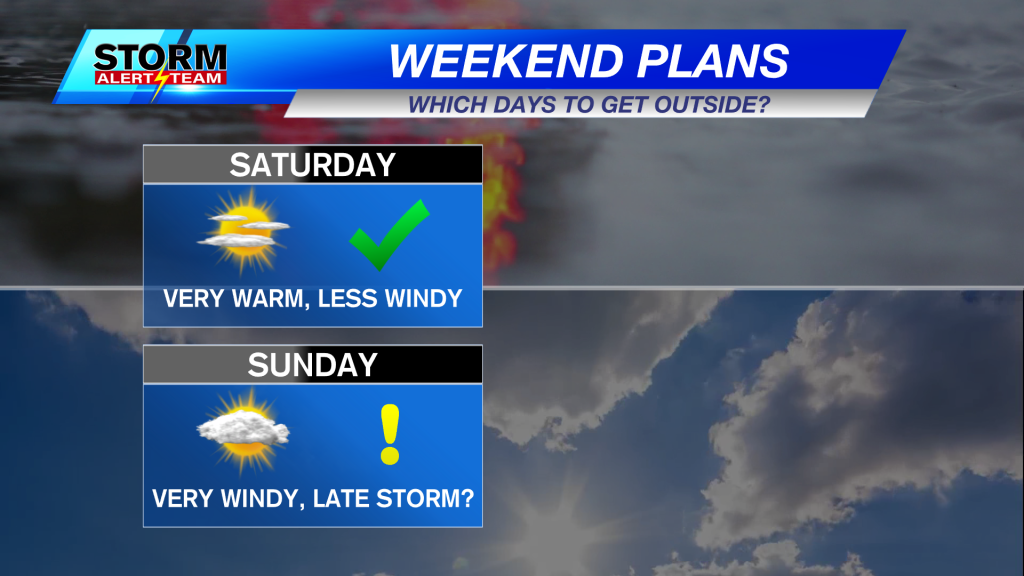 Wind gusts in the ballpark of 45-50 mph appear very possible on Sunday, which could kick up a lot of dust. It’ll also be very warm, with Lincoln’s forecast high of 88° potentially shattering the record of 84°.

This is all ahead of a storm system that will arrive on Sunday night in the form of a cold front. There is a chance to see scattered storms firing along the cold front before it passes. While some may miss out, there is a decent chance some storms will form in eastern Nebraska, bringing rain to some.

For any storms that do develop, we may have to contend with a few strong to severe storms. The Storm Prediction Center has placed eastern Nebraska under a Level 1/5 risk for severe weather. 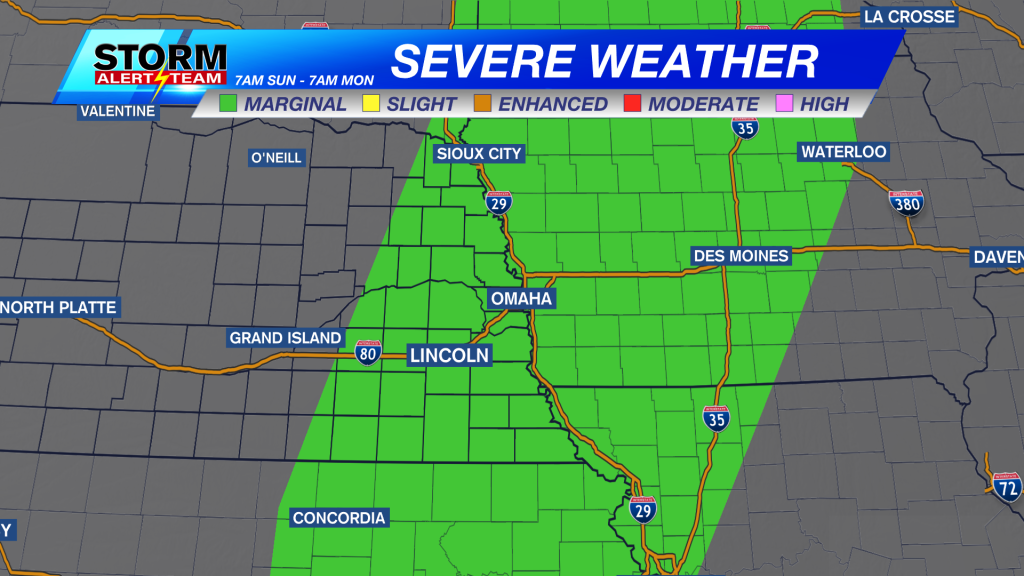 We’ll have a much better idea of how things will play out once the storm system moves onshore over the Pacific Northwest on Saturday morning. Make sure to check in with Meteorologist Jessica Blum over the weekend for the latest.