What a day around southeast Nebraska Tuesday.  Temperatures topped out in the middle 50°s to even 60° in Grand Island.  Lincoln officially reached 57° – the warmest for the date since 2006.

The warm temperatures will continue for a few more days.  Highs will rebound back to the 50°s Wednesday and Thursday.

Eyes are starting to look forward to a weather system that could potentially bring snow to eastern Nebraska as early as Friday. 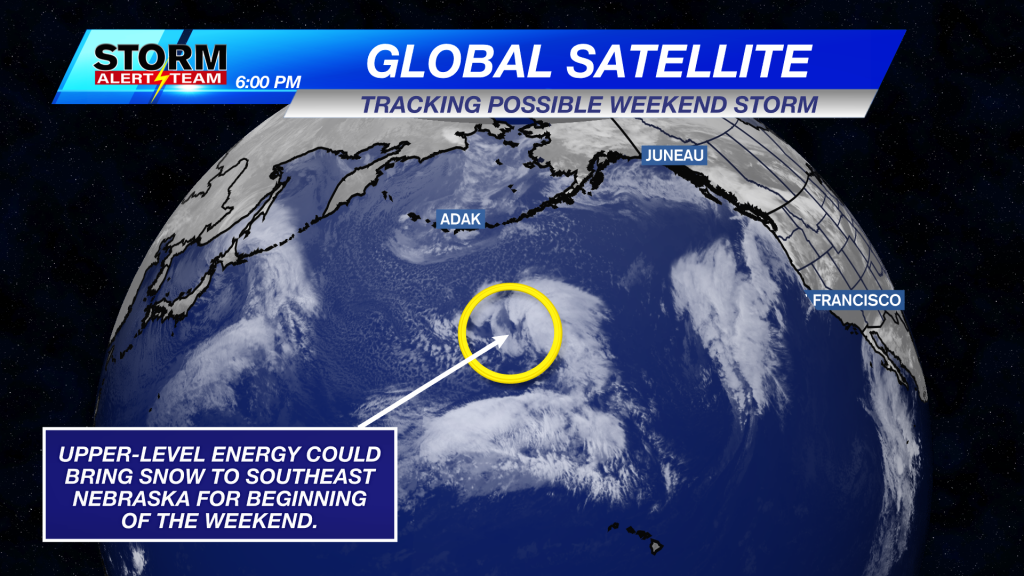 Medium-range computer models are suggesting upper-level energy over the Pacific Ocean will help develop precipitation over southwest Canada Thursday.  The system is then projected to move east through southern Canada, eventually making a hard right turn (south) in to the central United States.

The way it looks today… Rain would begin to develop Friday afternoon/evening, eventually changing over to snow Friday night through Saturday morning.

This does have the potential of bringing accumulating snow to eastern Nebraska Friday night through Saturday morning.

Be sure to check back for updated forecasts as we go through the week!