Yes, we hit rock bottom Tuesday morning.  The temperature dropped as low as -34° in Greeley and York, and it dropped to -31° in Lincoln.  Not only did it smash the previous record low (-18° from 1978) but the temperature in Lincoln was the second coldest temperature ever recorded in the capital city. 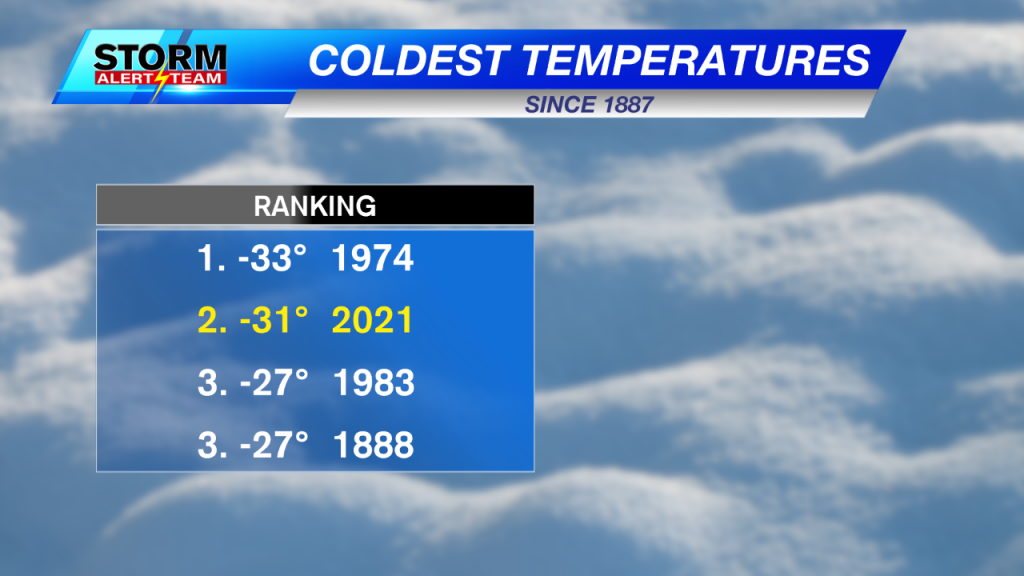 The good news is that we are only going up from Tuesday morning.

We’ll start to warm things up starting as early as Wednesday.  Partly cloudy skies with a few snow flurries, mainly in the morning.  The key will be the air temperature. 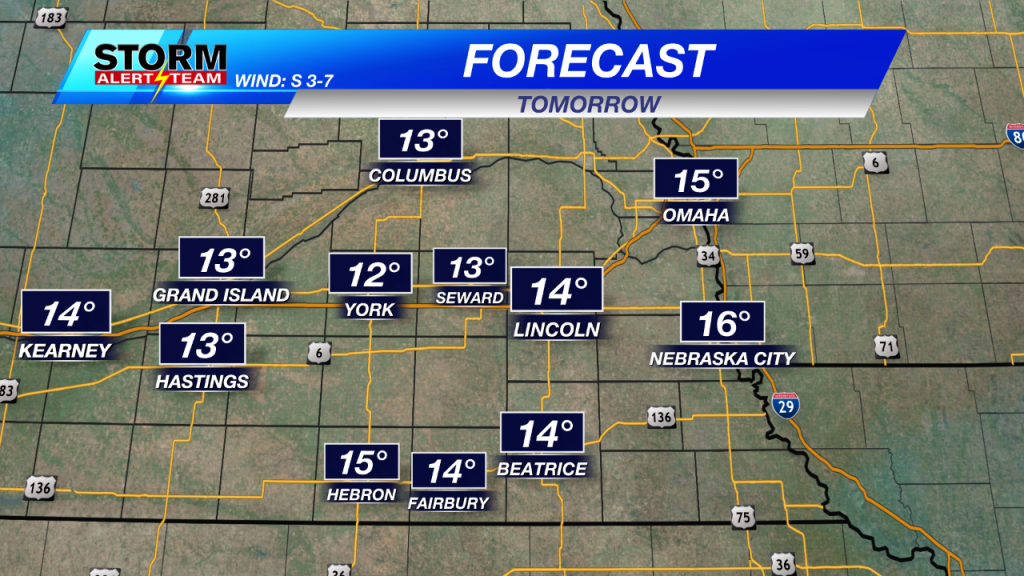 Highs will rebound to the teens for the first time since February 10 when it reached 13° in Lincoln.  This will be the warmest daytime high in the capital city since February 6 when it topped out at 17°.

WEDNESDAY:  Partly cloudy.  Snow flurries possible in the morning.  Highs from 12° to 16°.  Wind chill values will be 4° to 8° during the afternoon.

THURSDAY:  Mostly sunny and warmer.  Highs in the upper teens to near 20°.