Warming in to the weekend

Southeast Nebraska was able to rebound Wednesday from Tuesday’s cold temperatures.  Temperatures topped out in the upper 30°s to around 40°.  The area will experience much the same Thursday and Friday afternoon before warmer air arrives for the start of the weekend.

Clouds will be on the increase tonight, turning skies mostly cloudy overnight.  The clouds will act as a thermal blanket, keeping temperatures Thursday morning in the lower 20°s.

Partly cloudy skies will be the rule for Thursday.  Temperatures will top out in the middle to upper 30°s.  Winds will shift out of the north with occasional gusts to 30 mph.

A few snow flurries will not be out of the question late Thursday night through early Friday morning, especially around the Lincoln area.  Temperatures will drop to the teens.

Mainly sunny skies for Saturday.  This will allow temperatures to quickly jump in to the middle 50°s by the afternoon.  It should be a great start to the weekend by late January standards.

I’m still keeping an eye on a storm that is over the Pacific Ocean Wednesday evening.  Long range computer models continue to suggest it could bring a storm to the Plains starting as early as Tuesday and continuing through Wednesday. 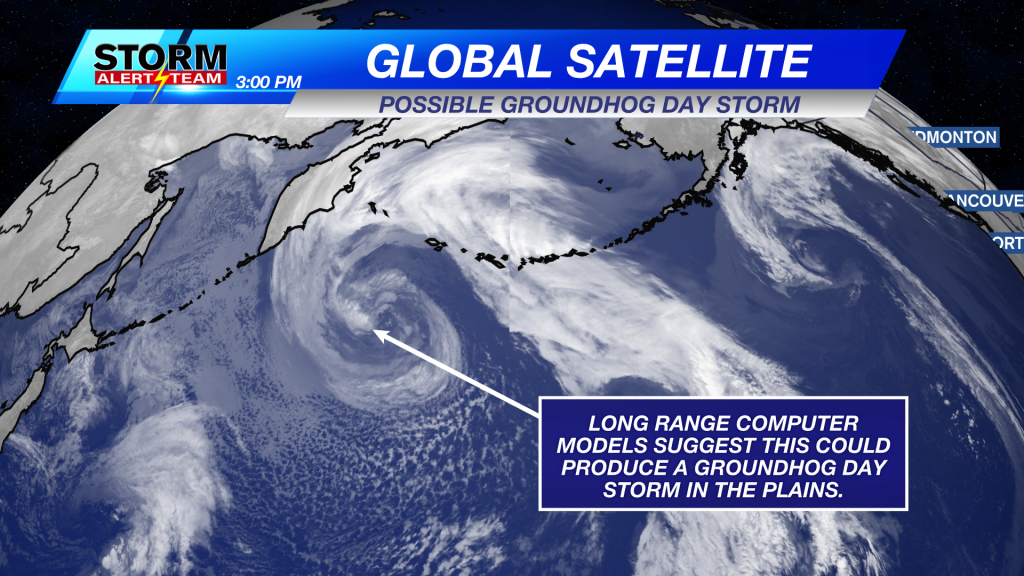 There remains many questions, including the path it will take over land.  Also whether or not it passes south, north, or right through the middle of the Channel 8 viewing area.  The track will also determine what, if anything, falls.  All rain?  Freezing rain to snow?  Or all snow.

It is something we will continue to monitor over the next several days and through the weekend.