Sunny skies will prevail over southeast Nebraska Wednesday.  Warmer temperatures will also prevail as highs get in to the lower and middle 90°s for the afternoon.

The trend of warmer temperatures each day will continue through the weekend.  Highs will be in the middle 90°s Thursday and Friday.  Upper 90°s, with a few locales potentially reaching 100°, Saturday and upper 90°s Sunday.

The good news out of this will is the humidity will not be terribly high, like it was last week.  Dew point temperatures are projected to only be in the lower 60°s versus last week’s lower and middle 70°s.  This means the heat index will only be a degree or two higher than the air temperature.

Southeast Nebraska is going through quite the dry spell.  Yes, some have received rain, but many have not.  In fact, at the Lincoln airport, there has not been measurable rain for 15 days (including today).  This is now the driest first 10 days of August for the capital city in 46 years.  It is now ranks as the 6th driest open to August since records began in 1887.

It continues to look dry through at least the weekend.  Computer models are trying to hint at showers for early next week.  I have included a chance for scattered showers Monday, but not enough of a chance (yet) to include rain drops in the 10 Day Outlook. 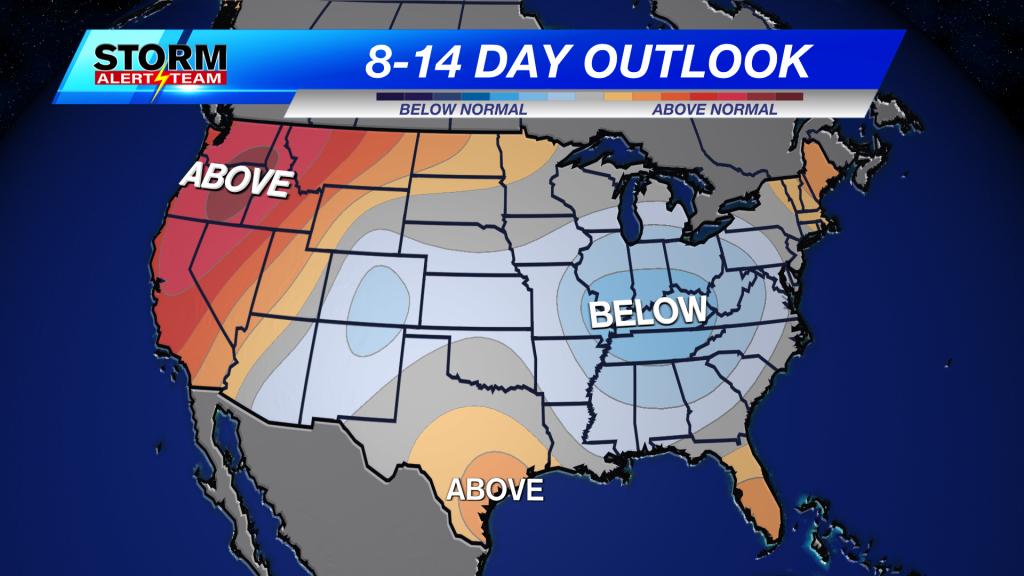 The upper-level hot dome that has been keeping temperatures very warm through the Plains is projected to be pushed westward.  This will allow a dip in the jet stream, sending cooler temperatures in to the eastern half of the country next week.