Wind sticks around, mild into the weekend

The next 10 days will see temperatures that will be up and down and back up again. Highs the next couple of days will be in the lower 70s, but we cool off into the lower 60s and eventually the middle and upper 50s early next week. Early morning temperatures will likely drop to or just below freezing Monday, Tuesday, and Wednesday. The growing season is likely over after this. As for precipitation, we aren’t expecting anything significant, but may see a sprinkle Friday afternoon. 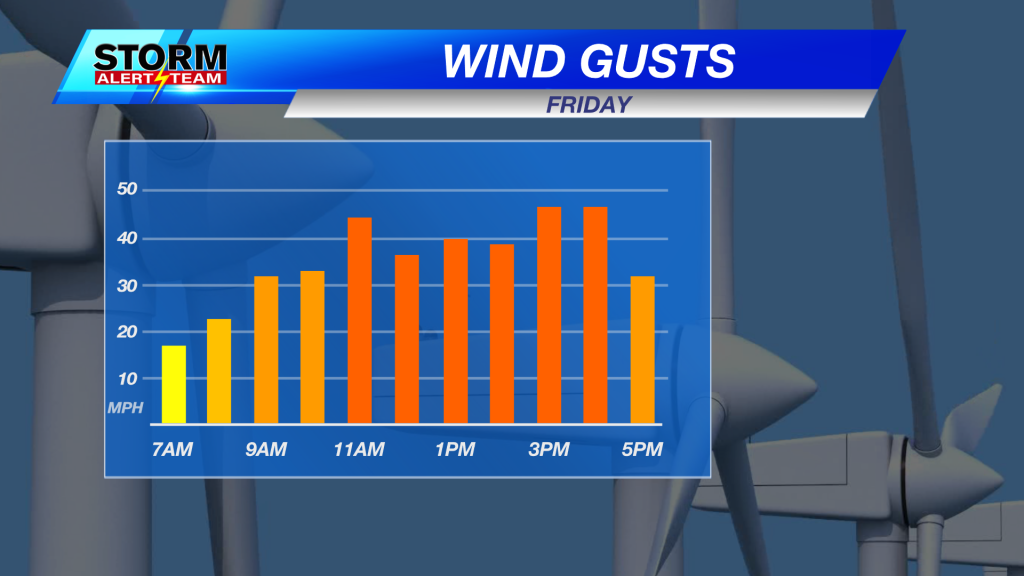 The most noticeable aspect of our weather lately is the wind. We had wind gusts exceeding 50 mph in some areas across Nebraska Thursday, the highest was 47 mph in Lincoln. The wind will die down in Lincoln overnight but it picks back up for Friday (above). It won’t be quite as bad as the last couple of days, but it’ll still be out there. Then on Saturday, still windy, but it continues to let up a little bit more so by Sunday, it should be back down to tolerable levels. 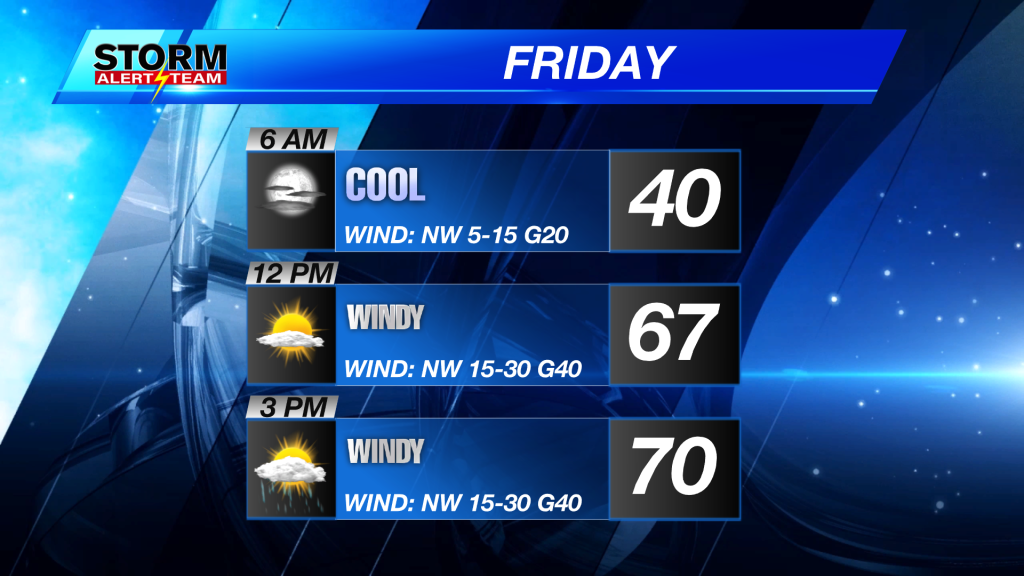 The forecast for Friday (above) has us starting right around 40 degrees, warming into the 60s by noon, and topping out around 70 degrees. The wind will still be an issue and there’s a small chance for a sprinkle or shower in the afternoon.