Despite some early morning isolated showers across portions of southeast Nebraska, the rest of the day was drier. We had a lot of sunshine for the Fourth of July, which helped pushed temperatures into the upper-90s.

While southeast Nebraska remains dry on Monday night, areas off to the west do have a chance of seeing scattered storms. The majority of the activity will be in the southwest corner of the state and in the Panhandle during the evening hours. 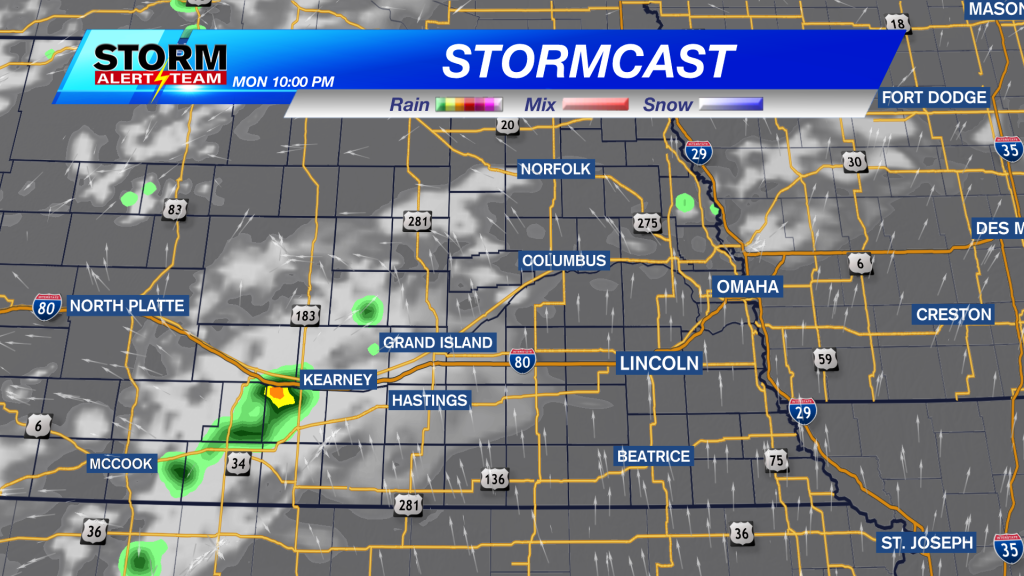 As the night progresses, one of these showers may be able to sneak up on the Tri-Cites. There’s also an outside chance of a stray shower approaching Aurora or York overnight and into Tuesday morning. However, at this time, we do not anticipate any activity in Lincoln.

We expect mostly clear skies on average for Monday Night in the capital city. Low temperatures on Tuesday morning should be in the middle-70s. 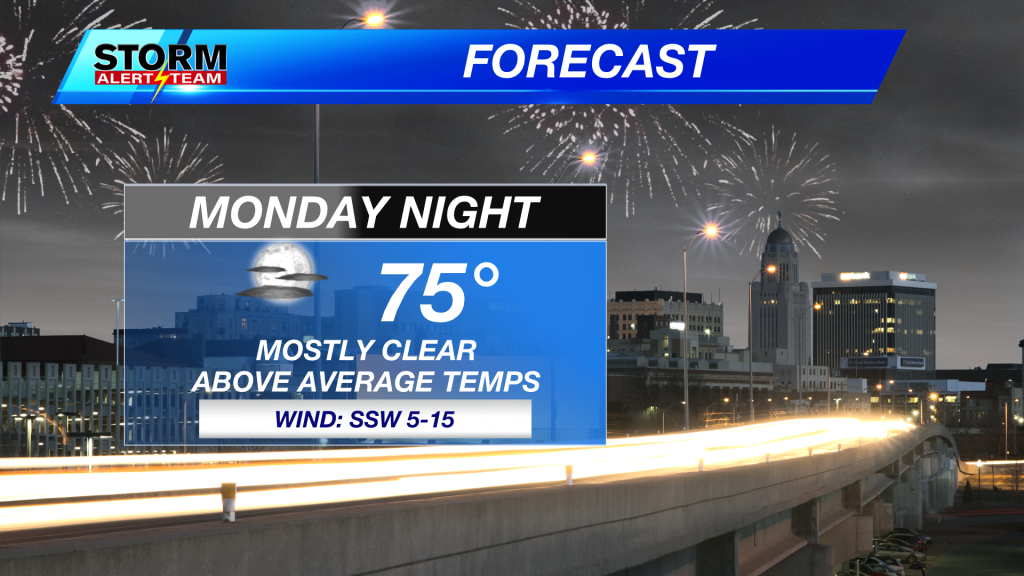 Tuesday will be another sun-filled day with hot and muggy conditions. We’re forecasting a high temperature of 100° in Lincoln. 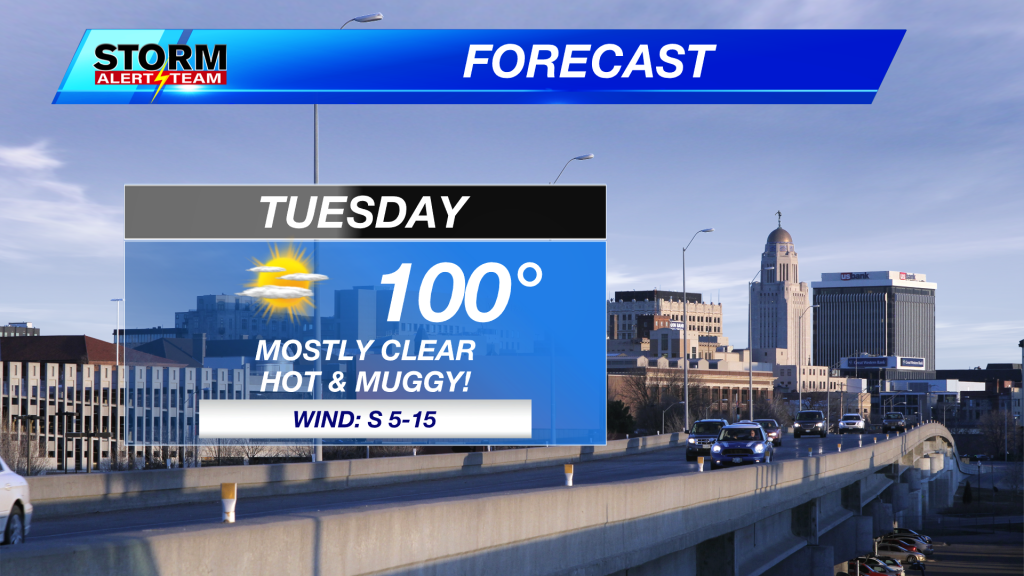 A Heat Advisory remains in effect through Tuesday afternoon for all of central and eastern Nebraska. We could be dealing with heat indices – or the “feels-like” temperature – approaching 110° in a few locations during peak heating. 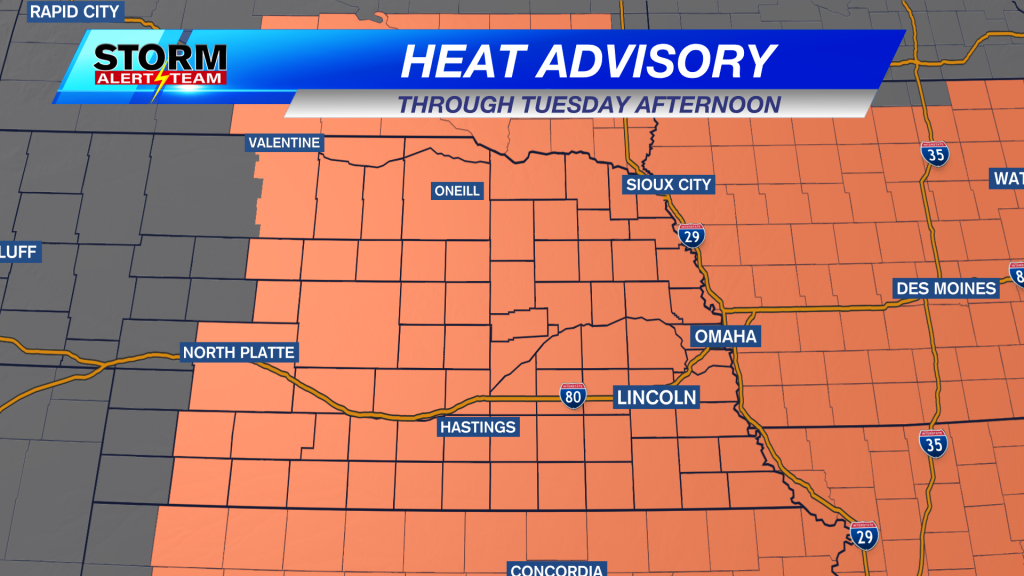 On Tuesday evening, we’ll be watching some thunderstorm activity off to the north and west of Lincoln. We can’t rule out a few of these storms late Tuesday in Lincoln. That said, rain chances are better heading overnight and into Wednesday morning.

The increase in storm chances by mid-week appears to be enough to allow temperatures to back off.