Sunday was a tale of two air masses, with cooler temperatures to the northwest and warmer air to the southeast.

While a front stalled to the north and west of Lincoln for most of the day, it finally passes on Sunday evening. For that reason, temperatures and humidity will drop off overnight Sunday as compared to previous nights. We’re forecasting a low temperature in the middle-60s in Lincoln, with perhaps upper-50s near the Tri-Cities. 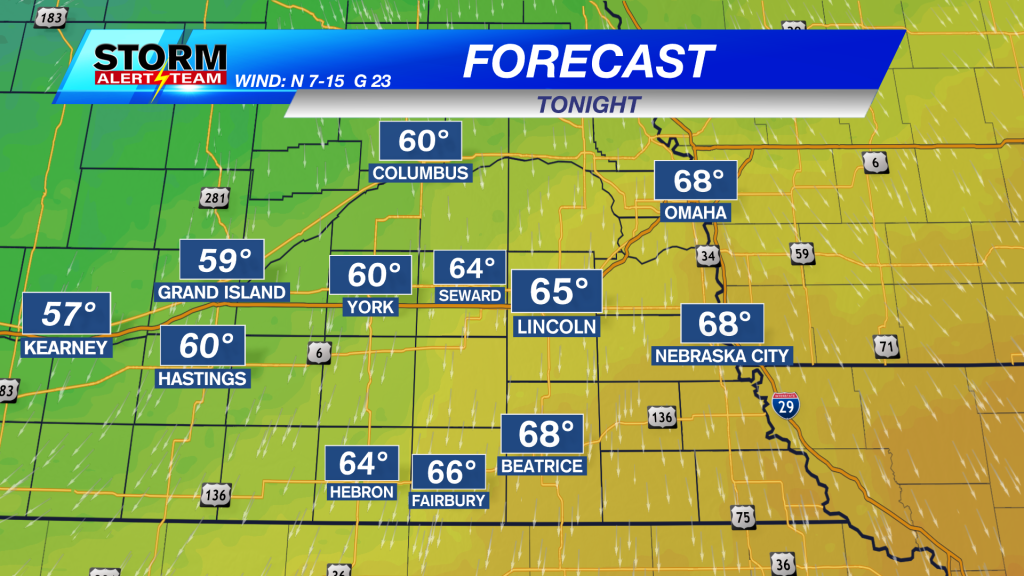 A few overnight or very early morning showers cannot be ruled out, but much of Sunday night appears dry. Once we get past 7-8 a.m. Monday, rain chances drop off almost entirely. 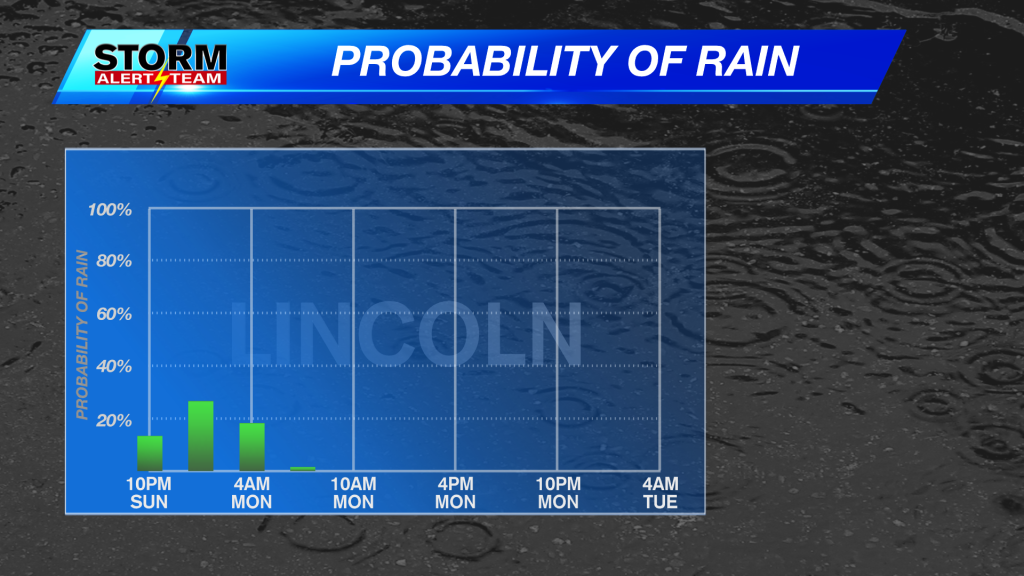 Aside from a few clouds in the morning, cloud cover diminishes through the day. We’re looking at mostly sunny skies during the afternoon. It will be a very nice day, with lower humidity and high temperatures in the middle-80s. 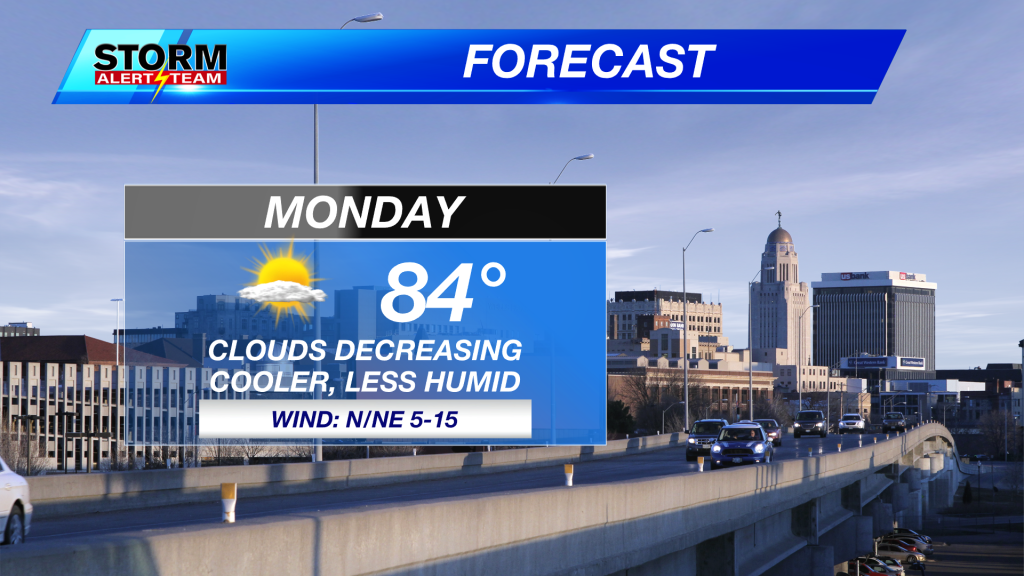 This is yet another cooldown that will be very short-lived. By Tuesday, temperatures return to near 90°. Middle-90s return to the forecast for the rest of the week. In fact, by next weekend, some areas may be flirting with triple-digit heat once again.