LINCOLN, Neb. (KLKN) — The man who survived a deadly wreck during the Road 739 Fire earlier this year is being honored by his community.

Loomis Baseball said he was named the team’s honorary captain on Wednesday, and he even threw out the first pitch.

Making this special moment even better, his son who plays on the team was picked to catch the ball. 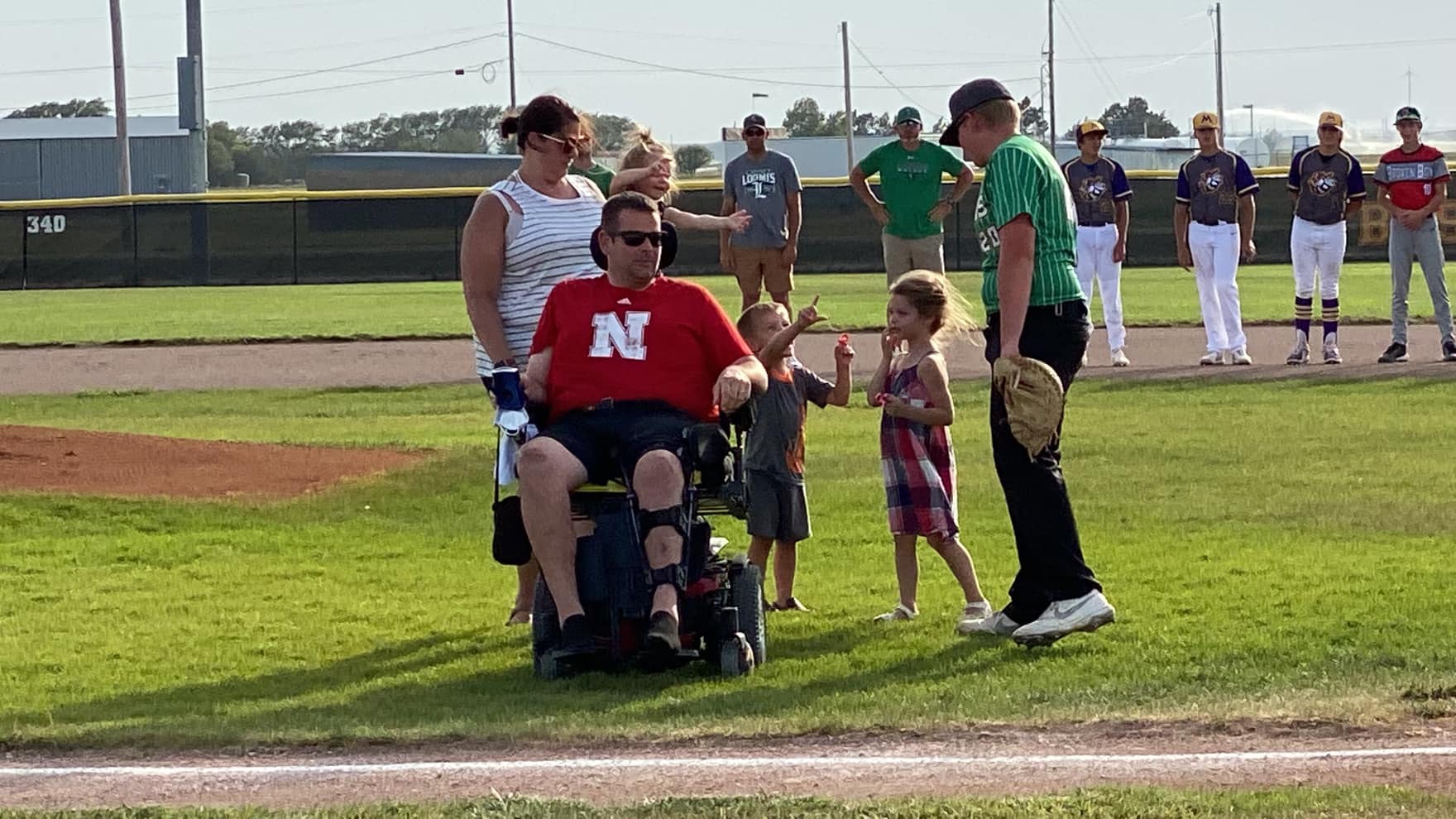 Norris has been recovering since April from crash that happened while he was responding to the Road 739 Fire near Arapahoe.

Conditions across the area are still very dry, which is why authorities are asking people to hold off on fireworks.

Even a tiny spark can turn into another massive blaze.

Efforts to ban abortion underway in some Nebraska towns