Mainly sunny skies are expected Tuesday.  Combined with strong southerly winds and temperatures will climb in to the 60°s to near 70°.  Temperatures will be nearly 20° above normal for the date!

The strong winds will be something to contend with if you have plans to hit the highway for an early Thanksgiving getaway.  Sustained winds will be out of the south 10-20 mph.  Winds will gust 30-40 mph, especially late afternoon in to the early evening.

Because of the strong winds and relatively dry conditions throughout the state, the National Weather Service has issued Red Flag Warnings for portions of Nebraska.  The warnings are in effect from 11 a.m. to 6 p.m. Tuesday. 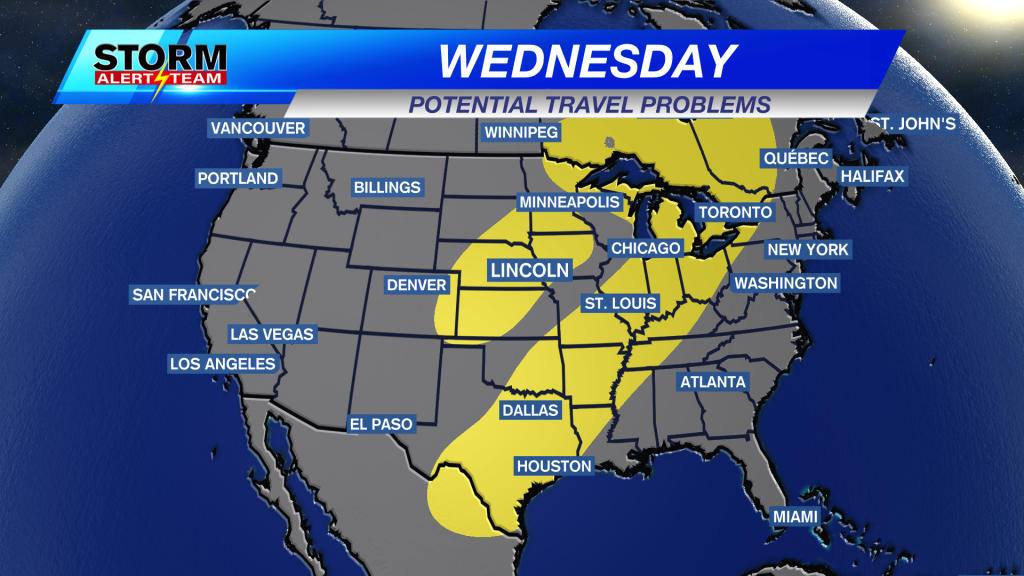 The weather should be mostly good for travel around the region Wednesday.  I do highlight Nebraska, Iowa, South Dakota, Minnesota, and Kansas for breezy conditions.  Northwesterly winds will gust to 30 mph.

Further east and to the south, rain will develop ahead of a cold front that will be moving east through the country.  Northern Minnesota, the U.P. of Michigan, and northeast Wisconsin could see snow showers.