Police were sent to his home near 34th Street and Tree Line Drive on a report of a domestic disturbance on Wednesday. 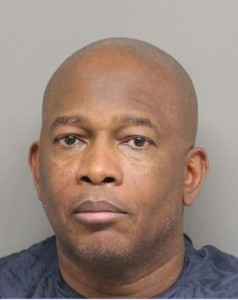 After an investigation, police arrested Joseph, 54, at a separate location on suspicion of strangulation and third-degree domestic assault.

He was lodged in the Lancaster County Jail.

Under Nebraska law, third-degree domestic assault is when someone:

The Lancaster County Department of Corrections said Joseph would spend Wednesday night in jail. He is expected to appear in court on Thursday.

Nebraska Athletic Director Trev Alberts released a statement after the arrest was announced.

“I was made aware of the charges against Coach Joseph and given the nature of the allegations and based on University policy he has been placed on administrative leave,” he wrote in the release. “We will have no additional comment at this time.”

This is not Joseph’s first run-in with the law.

In 1989, when he was a quarterback at Nebraska, he was arrested on suspicion of driving under the influence and suspended for one game, according to the Associated Press.

A year later, he was arrested after an alleged domestic dispute, the AP reported.

He was accused of breaking a window while trying to get into his girlfriend’s apartment, according to police reports. Her roommate told officers that a domestic dispute had been going on for several hours.

But no charges were filed because of an uncooperative witness, according to the AP.

Joseph was named as interim head coach after the firing of Scott Frost on Sept. 11. At the time, Alberts said Joseph would be an “obvious” candidate for the permanent job.

Joseph led the team to wins over Rutgers, Indiana and Iowa.

A clause in Joseph’s restructured contract allowed him to return to his previous role with the Huskers immediately.

On social media, some 2023 Nebraska commits urged Rhule to keep Joseph on the staff before the arrest.

This is a developing story.  Stick with Channel 8 for any new details.

'No voter left behind': Senators hear thoughts on how Nebraska should implement voter ID