The end of the weekend brought forth quite the sight as clouds cleared. Some freezing fog combined with the recent snowfall left trees coated on Sunday and many got a chance to take a look and take photos:

Nebraska is now officially coated with snow statewide. The National Weather Service out of Omaha confirmed today that everyone now has at least an 1″ of snow on the ground as we head toward the end of January.

Because of the snow cover, temperatures were cooler and below normal for just about everybody. High temperatures achieved across the state can be seen below. 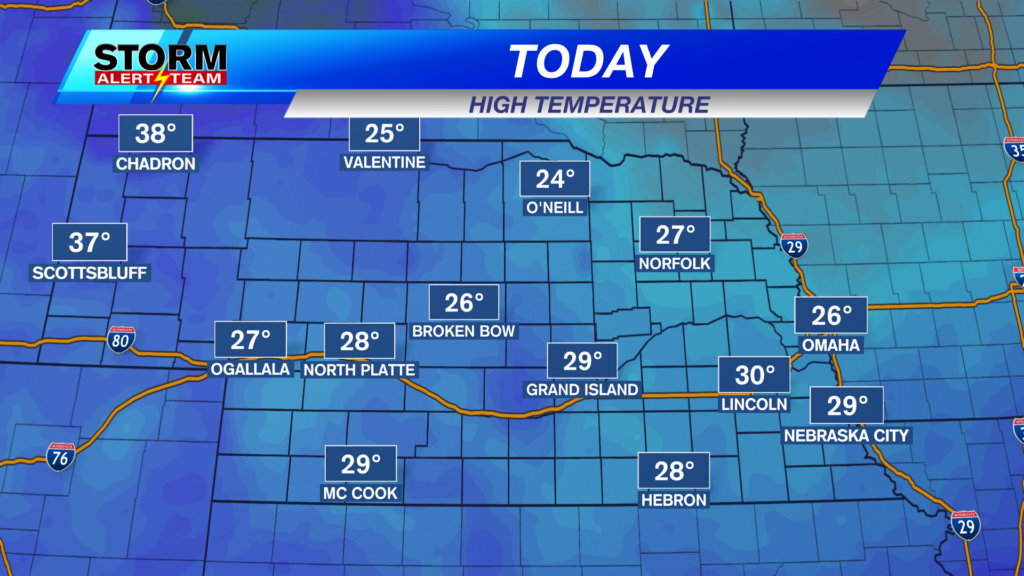 The final hours of the weekend will be closing with the chance for more fog formation overnight. Factors such as cooler temperatures, calmer winds and moisture on the ground is what can come together multiple evenings like we have seen to produce fog. With this, slick spots can come about as well. 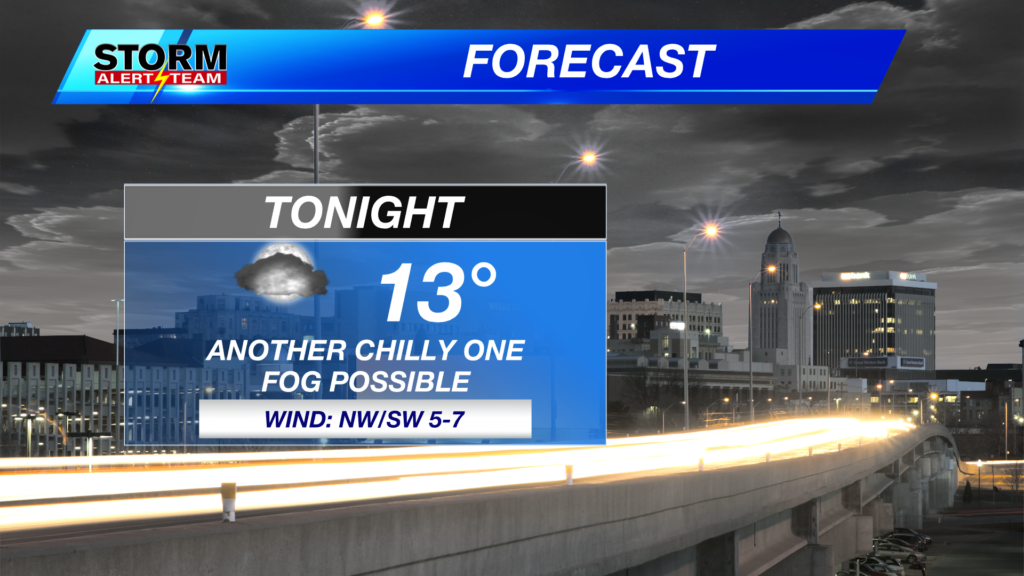 Tomorrow we will be expecting some more sun with temperatures creeping to near normal for this time of year. Light southwest winds will help us out a bit to start the new week. 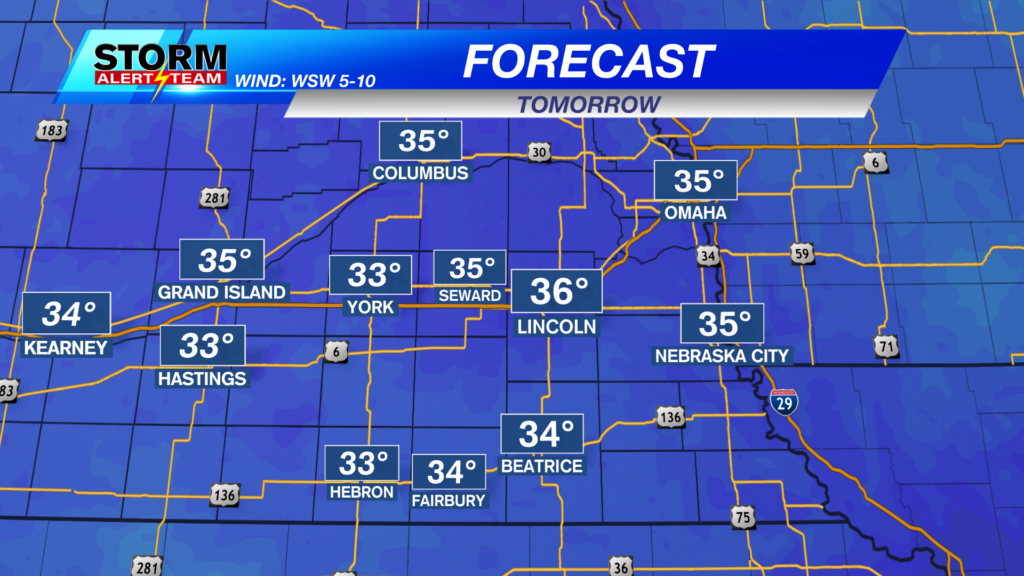 Overall, this work week will be a quiet and colder one. Temperatures will bounce around the 30s for a time, and we will be cloudy for most of it, too. 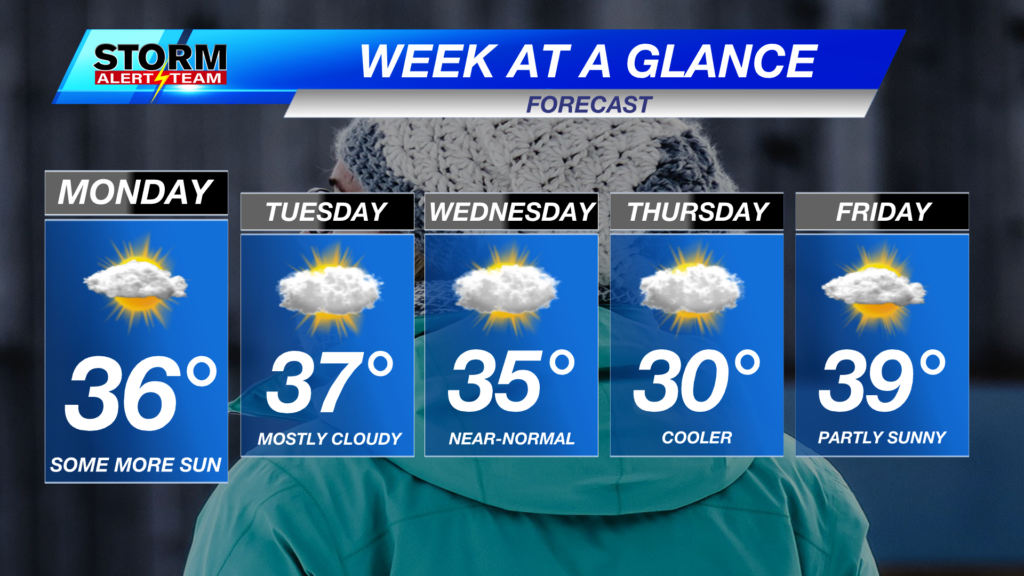 Even looking into the extended forecast, some much colder air looks to be coming our way once more. Overnight lows are looking to drop into the single digits based on information available this Sunday evening. Most of Nebraska has a great chance (purple) of seeing below average temperatures in the 6-10 day range. 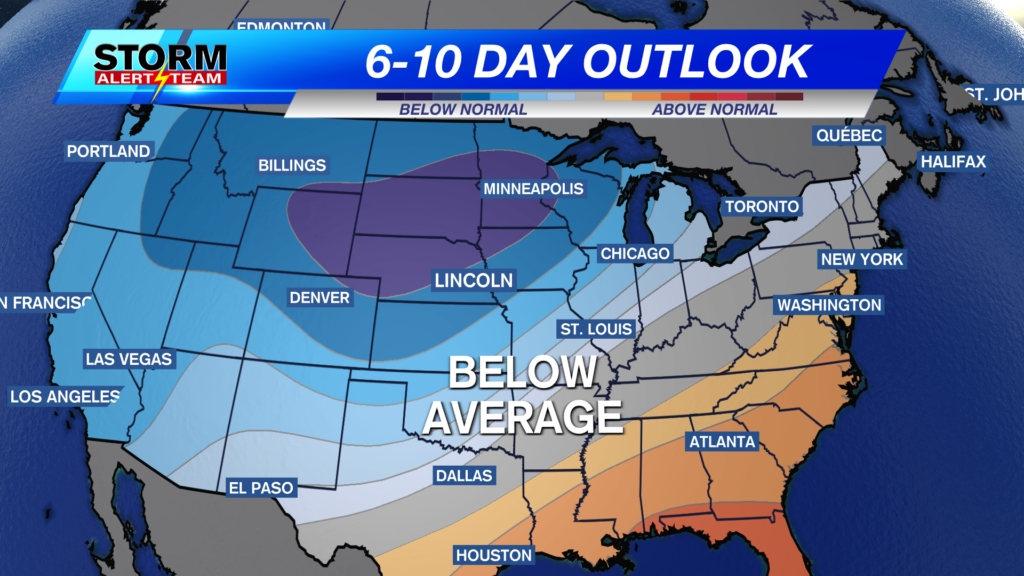 Hope everyone had a wonderful weekend!