The weather is cooking across the state of Nebraska, we’ll continue the summer-like pattern today. Another quiet start to the day. Temperatures bottomed out in the low 70s for most under mostly clear skies. Mostly clear skies this morning will allow temperatures to skyrocket this afternoon. We’re into the low 90s by lunchtime and into the upper 90s by this afternoon. The combination of heat and humidity will lead to heat indices (or the “feels like” temperature) approaching, if not exceeding, 100° degrees at times. 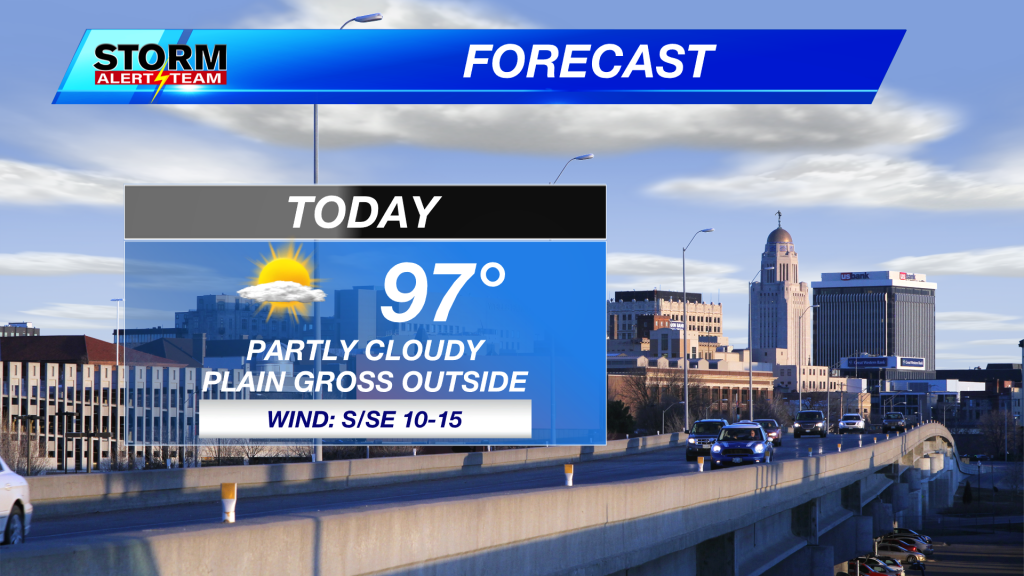 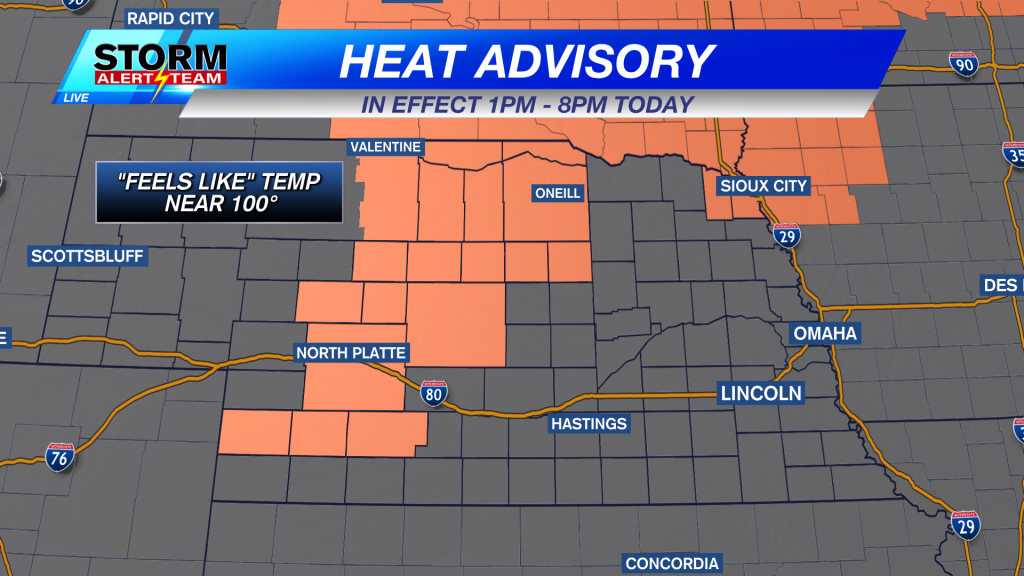 After today we should find some short-lived relief from the heat. However, the transition to a “cooler” and less humid air mass will involve the potential for rain which we need. Computer model guidance suggests the possibility of a line of storms arriving sometime Friday morning. My thinking is that a line of storms could arrive in the ballpark of 5AM-11AM.

The devil is in the details and there are a lot of different ways this could play out. Most models are starting to come to an agreement that Lincoln should at least see some rain. The Storm Prediction Center has highlighted a “slight” risk for storms mainly west and north and west of Lincoln. However, we won’t rule out the potential for a strong storm near Lincoln. 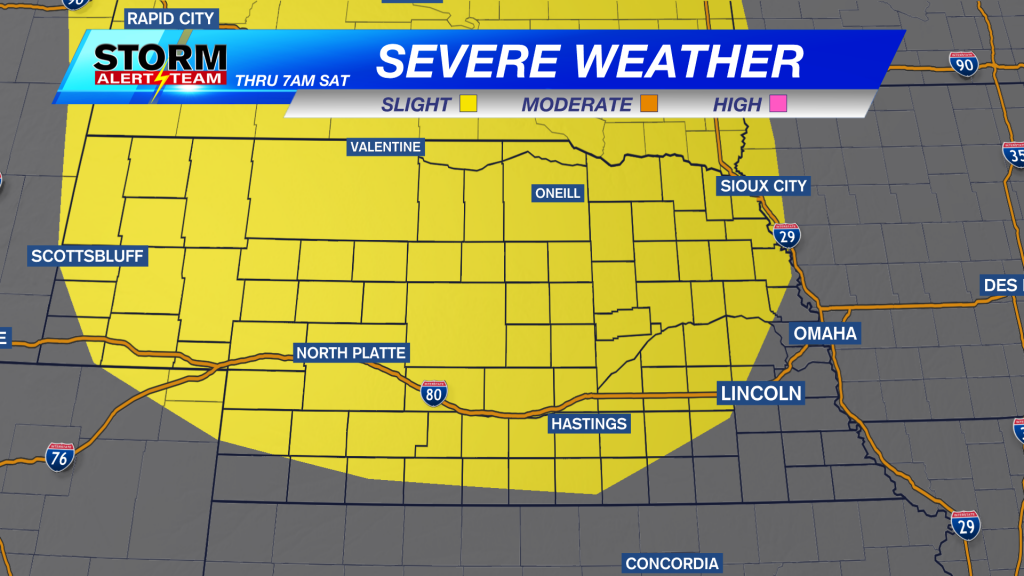 The main concern is damaging straight-line winds. Based on everything I’ve looked at, the environment does NOT appear to be rip-roarin’ for a widespread severe weather outbreak. We’ll keep the chance for some damaging winds and maybe some large hail in the forecast, mainly on a more isolated basis for now.

By Friday afternoon, the rain should depart and the humidity will be ushered out along with it. Then, we can enjoy a comfortable day in the upper-80s for Saturday.

Chief Meteorologist John Dissauer will have an update on the potential for severe weather starting at 5PM today on Channel 8 News. Stay tuned for the latest updates!