10 people died in a shooting in San Jose this week, including the shooter who took his own life

SAN JOSE, Calif. (AP) — Taptejdeep Singh died trying to save others from a gunman. Kirk Bertolet saw some of his coworkers take their last breaths. And friends, family, and survivors are left to mourn after this week’s shooting at a San Jose railyard complex that killed nine men before the shooter took his own life.

Authorities say the attacker, 57-year-old Samuel Cassidy, had a longtime grudge against his work at the Santa Clara Valley Transportation Authority.

One of those killed, Taptejdeep Singh, reportedly warned and tried to hide coworkers before he was killed. Authorities say Cassidy apparently targeted some of his victims. 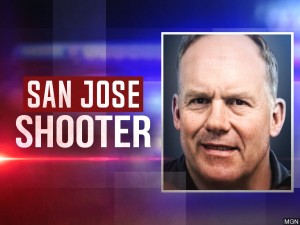 Man threw away bag of meth while running from officers, Lincoln Police say