In a win for Vanessa Bryant this week, a judge ruled that the names of the deputies who shared "unauthorized" photos of the helicopter crash that killed her husband and daughter could be obtained

LOS ANGELES, Calif. (KLKN)- A federal judge ruled on Monday that Vanessa Bryant, wife of Kobe Bryant, can obtain the names of four Los Angeles County sheriff’s deputies who her lawyers allege in a lawsuit shared “unauthorized” photos of the site of the helicopter crash that killed her husband and daughter. 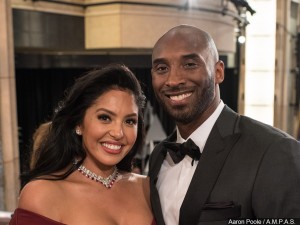 U.S. District Judge John F. Walter rejected an effort by Los Angeles County lawyers to keep the deputies’ names under seal in the lawsuit–arguing that releasing the names would make the deputies’ addresses and other personal information only a click away on the internet and that hackers could target them.

The ruling means Vanessa Bryant’s lawyers can add the deputies’ names and details from the internal affairs investigation about their conduct to an amended complaint in her civil rights lawsuit against the county and the Sheriff’s Department led by Alex Villanueva.

The judge wrote that “Sheriff Villanueva’s promise to publicly release the [internal affairs bureau] report after the conclusion of the investigation undermines Defendants’ purported concern in the disclosure of the limited excerpts at issue here.” Local court rules give the county four days to appeal the ruling.

What OPEC's oil cut could mean for Nebraska consumers