LINCOLN, Neb. (KLKN) – Although Mother Nature isn’t giving us much to look at, we will have a reason to look to the sky on Monday night.  Jupiter will appear brighter and larger compared to any other time in the year. This is because Jupiter will reach opposition on Monday afternoon.

Opposition occurs when Earth finds itself directly between the Sun and another planet.  We view this on Earth as a planet rising in the east around sunset and setting in the west around sunrise – opposite of the Sun.  On Monday night, that planet will be Jupiter. 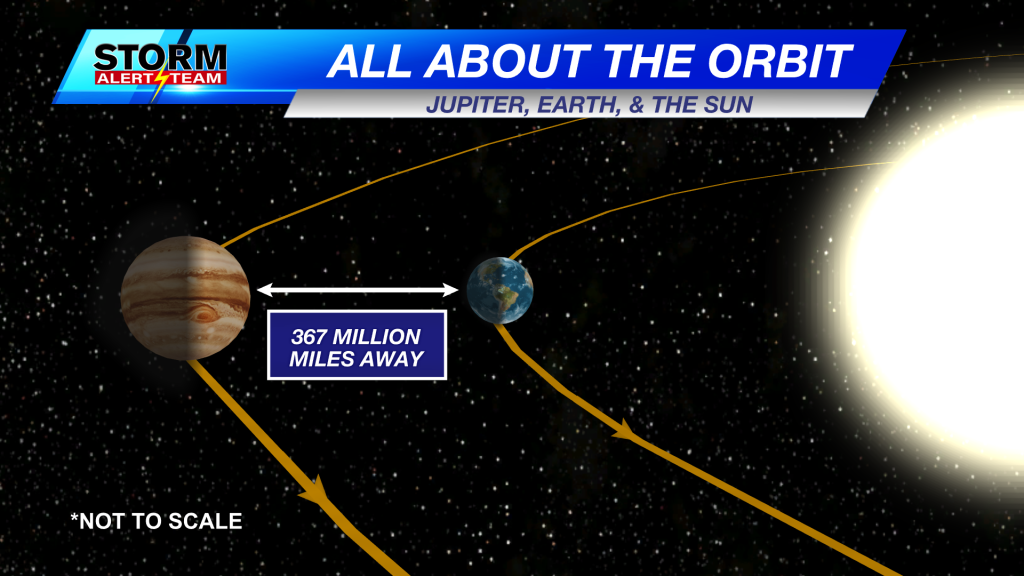 The combination of Jupiter’s opposition and close approach will allow for fantastic viewing conditions.  Adam Kobelski, a research astrophysicist at NASA’s Marshall Space Flight Center, says that “With good binoculars, the banding (at least the central band) and three or four of the Galilean satellites (moons) should be visible.”

The best viewing locations will be in elevated locations in a dark, dry area.  Jupiter will rise in Lincoln in the east at 7:17 p.m. Monday and set at 7:21 a.m. Tuesday towards the west. 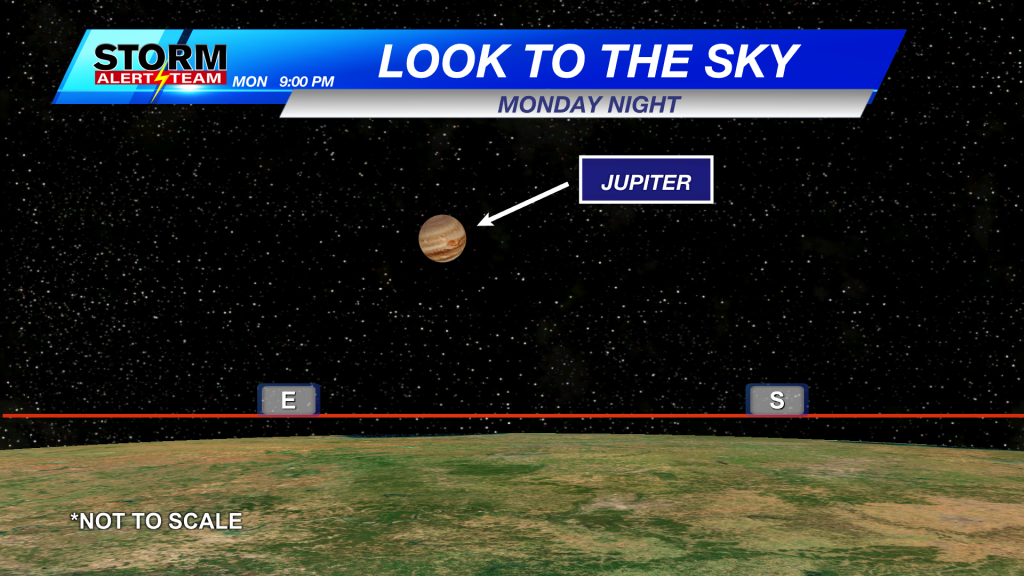 Even if you can’t get outside on Monday night, the views of Jupiter should be great for a few days after as well. Fortunately, the weather should cooperate for all stargazers.