Lincoln Police, Lancaster County Sheriff & Nebraska State Patrol are honoring those who have given their lives while serving Nebraska.

Nationwide, May 10-16 is recognized as ‘Police Week,’ and Friday is ‘Peace Officers Memorial Day.’ On Monday, Nebraska Governor Pete Ricketts proclaimed the recognition of the week in Nebraska as well, recognizing law enforcement during his daily COVID-19 briefing.

“The men and women who put on the blue, they sacrifice their time with their families, they put their lives at risk to keep us safe, and so we remember them on national police week,” Ricketts says.

Throughout the week the Nebraska State Patrol, as well as the Lincoln Police and Lancaster County Sheriff, has been recognizing officers who have made the ultimate sacrifice while on the line of duty.

In 2018, the department unveiled a memorial as a reminder of these fallen officers, and of the sacrifices the police make each day while on duty. 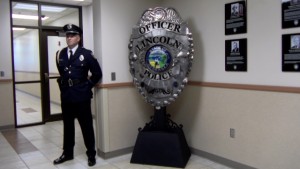 The Lancaster County Sheriff’s office has lost three department members since the 1950s.

Deputy Craig Dodge is honored with a memorial in Hickman. It was erected in 2013 at the site where he was killed in 1987. 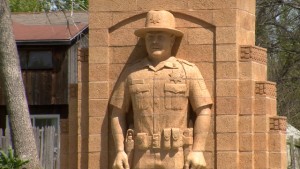 The Nebraska State Patrol also taking to social media to honor the 12 troopers that have lost their lives while serving around the state. 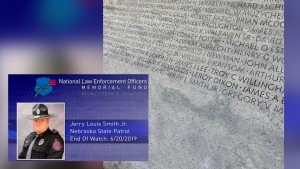 As part of their goal to remind Lincolnites of the ultimate sacrifices our local law enforcement has given, the Lincoln Police and Lancaster County Sheriffs Union’s have raised $80,000 of their $125,000 goal to construct a new memorial outside the Hall of Justice on South 10th Street. 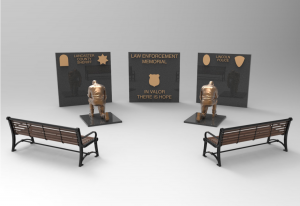 To donate to the new memorial, or to learn more about Lincoln’s fallen officers and deputies, you can visit their website.

Rhody Women Make Wild Shots to Remain Undefeated in A10