The Tuesday morning commute will be very messy across southeast Nebraska. The mixed bag of precipitation will be possible, including freezing drizzle. A Winter Weather Advisory is in effect for most of Nebraska, including areas as far south as Lincoln, Hebron, and Red Cloud. This is to account for the freezing drizzle potential on Tuesday morning. 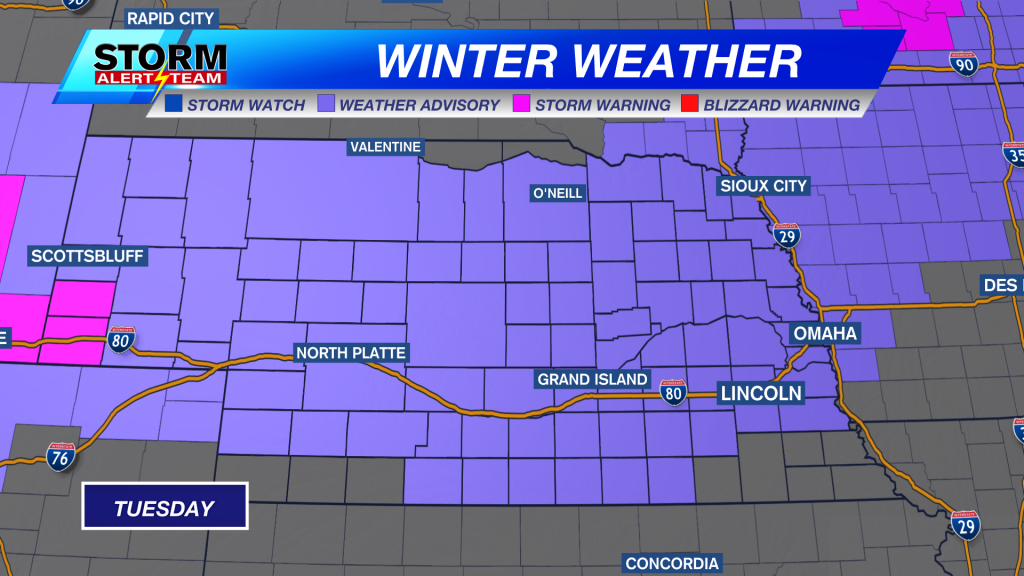 We don’t expect a ton of ice accumulation, maybe a few hundredths of an inch at most. However, it will be enough to create a good glaze in some areas that will cause travel concerns. Please give yourself extra time for the Tuesday morning commute.

The wintry mix doesn’t last forever, we should eventually see things change over to snow completely. Snow showers will taper off through the afternoon. By evening, any remaining snow showers will push out of the state. 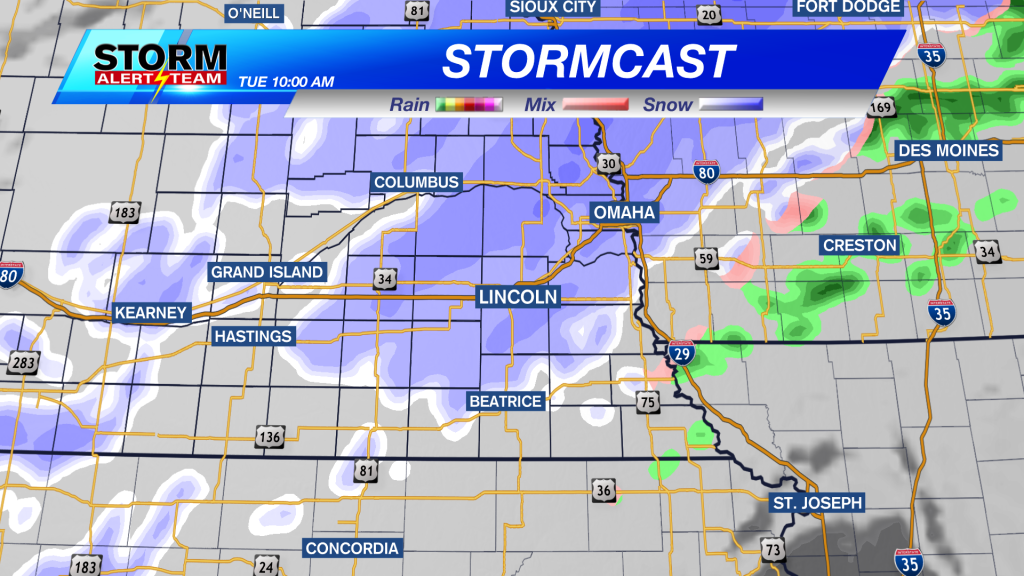 We do not expect a ton of snow accumulation out of this in southeast Nebraska. We’re likely looking at under 1″ in Lincoln, with little to no accumulation not too far to the south. 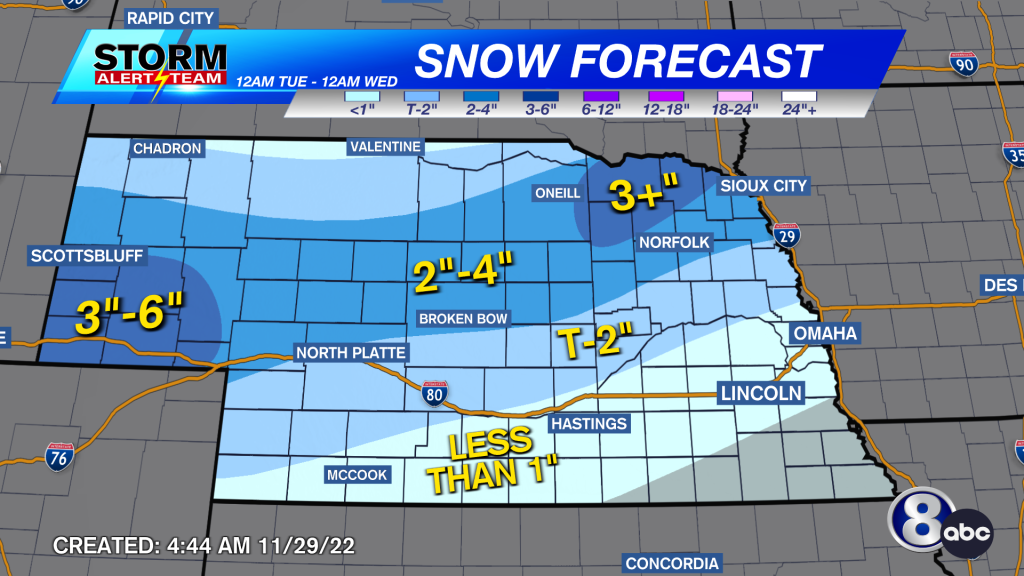 It will also be cold and windy on Tuesday. Winds will be out of the north and northwest gusting upwards of 40 mph. Temperatures will also be falling through the day, with afternoon temperatures in the 20s with wind chills in the teens. 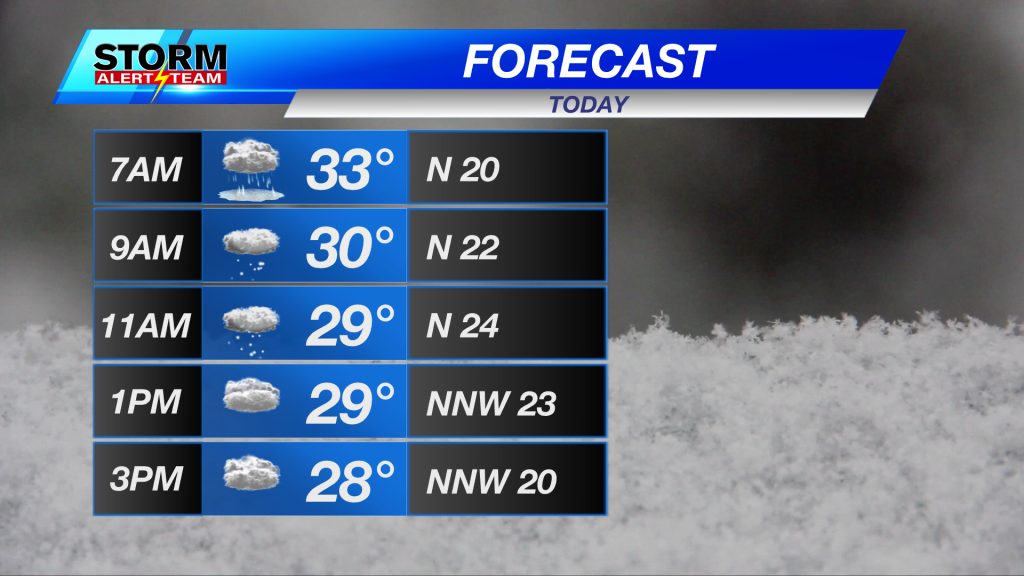 Temperatures will remain below freezing at least through Wednesday morning. With ice formation from morning freezing drizzle followed by light snow accumulations, I would still be concerned about travel for the Tuesday evening and Wednesday morning commutes as well. Take it easy on the roads, and stay safe!