Farm organizations are aware of climate change and want to help.

In a video posted to Burger King’s official Twitter account on Tuesday, the company announced their plan to reduce bovine emissions by approximately 33% by adding 100 grams of lemongrass to their cows’ diets.

cow farts & burps are no laughing matter. they release methane, contributing to climate change. that’s why we’re working to change our cows’ diet by adding lemongrass to reduce their emissions by approximately 33%. learn about our ongoing study: https://t.co/kPCXpjfbGL #CowsMenu pic.twitter.com/DnmF8gVVL0

Cows release methane gas through eructation and flatulence, which contributes to climate change. According to the Environmental Protection Agency, agriculture was responsible for 9.9% of total U.S. greenhouse gas emissions in 2018. 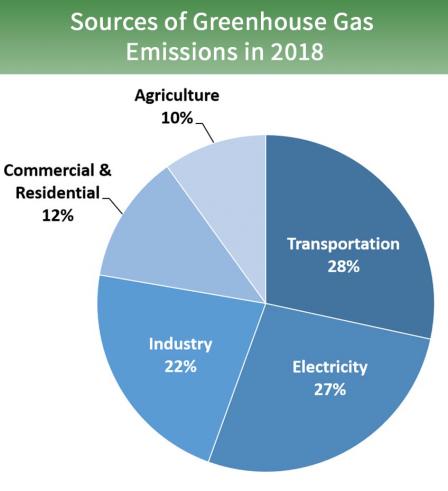 Cows release methane gas through eructation and flatulence, which contributes to climate change. According to the Environmental Protection Agency, agriculture was responsible for 9.9% of total U.S. greenhouse gas emissions in 2018.

This is not lost on Nebraska’s farmers and ranchers. According to Jordan Dux, the director of national affairs for the Nebraska Farm Bureau, farmers want to help.

John Hansen, the president of the Nebraska Farmers Union, notes that there is a fiscal reality to the situation: farmers use the money they make to feed their families.

“If we could find some things that we could do with livestock diets, and cattle in particular, to reduce methane emissions, we’re all for looking at it,” Hanson said. “It’s a very different argument to go to somebody who’s losing $249 a head, saying we want you to voluntarily incur additional costs, at this point, for anything.”

Dux mentioned reducing fertilizer and pesticide usage while still managing to increase food production as an example of how Nebraska’s farmers and ranchers are doing their part to look after the environment.

“If Burger King wants to try and source beef that’s raised in a certain way, then we certainly understand that,” Dux said. “They have every right to do that. Our mission is to try and remind them what progress has been made.”

Hansen believes it is important to incentivize farmers to be environmentally responsible in order to satisfy the interests of both farmers and environmentalists.

“I’ve been a public official or the head of a farm organization for 45 years and so I’ve learned over and over again that if you educate and provide appropriate incentives, most farmers, most land owners want to do the right thing,” Hansen said. “And if you can convince them of what the right thing is and you can provide financial incentives to encourage them to do that, they’re willing to do that.”