LINCOLN, Neb. (KLKN) – With Hurricane Fiona now moving north and away from Puerto Rico, Nebraska Task Force One gave an update Friday on how it is helping the residents.

The task force has been there since Tuesday and has been assisting with search and rescue efforts in the San Juan area.

“Everyone on our task force is doing really well,” said Capt. Dan Ripley, the task force leader. “We’ve had no injuries; we’ve been supported very well by the local entities in Puerto Rico and also by our FEMA oversight.” 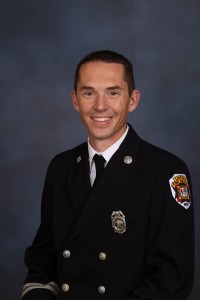 Ripley says they’ve been working with local authorities and officials on challenges like flooding, mudslides and power outages, which contributed to communications disruptions.

He said the task force has satellite phones and radios, which helps solve that problem.

“We’ve deployed a 45-member team, and again that’s made up of firefighters from Lincoln, Omaha, Grand Island, Papillion, Council Bluffs,” Ripley said. “So, we really do come with a robust ability to really impact and take care of the needs of specific areas rapidly. That’s our goal.

One of the biggest challenges that Ripley said his task force will remember is the mudslides caused by heavy rain on the mountainous terrain of the island.

“It definitely is gonna affect the infrastructure,” he said. “It’s not something that we haven’t necessarily seen before in our past deployments, but it’s definitely something that had a big impact on the commonwealth of Puerto Rico.”

The task force will remain in Puerto Rico for anywhere from 14 to 21 days, and Ripley said he wants to leave the residents with hope they didn’t have before.

“And on a positive note, that whether we shake their hands, give them a hug or give them a bottle of water, that their day is gonna be better because of their interaction with Nebraska Task Force One,” he said.