The storm system we’ve been watching in recent days will arrive on Thursday. Skies will turn cloudy, and precipitation chances will increase.

During the morning hours, the activity should be a little more spotty in nature. This makes it more difficult to pinpoint an exact onset time for precipitation since it may vary from town to town.

Our highest precipitation chances will be during the afternoon, before tapering off in the evening. 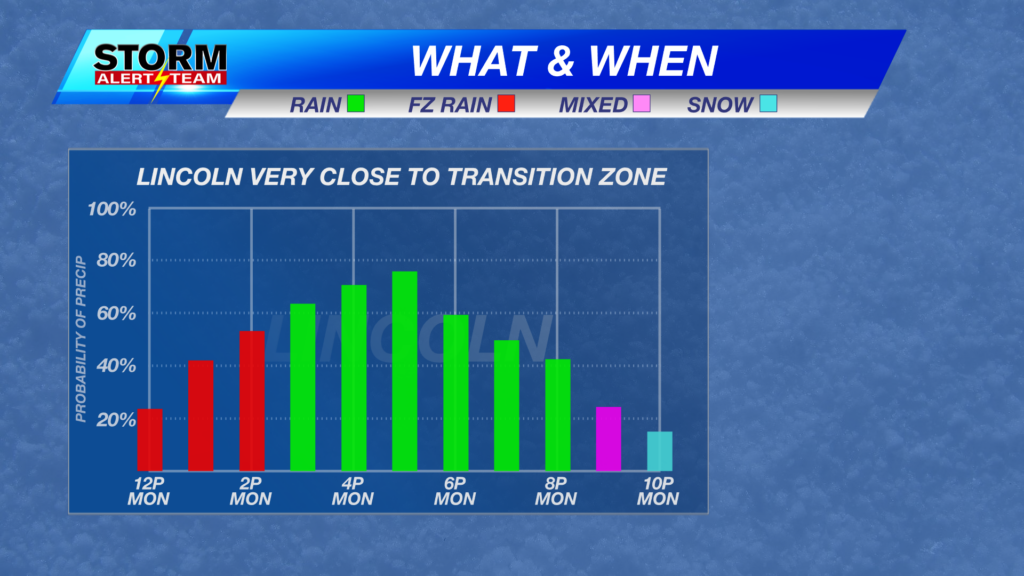 Lincoln will be very close to the transition zone between rain and freezing rain. I suspect that Lincoln may get just warm enough to see a transition to plain rain sometime during the afternoon, but it will be a close call. If we do not succeed in warming several degrees above freezing, Lincoln may find itself more on the freezing rain side of things. 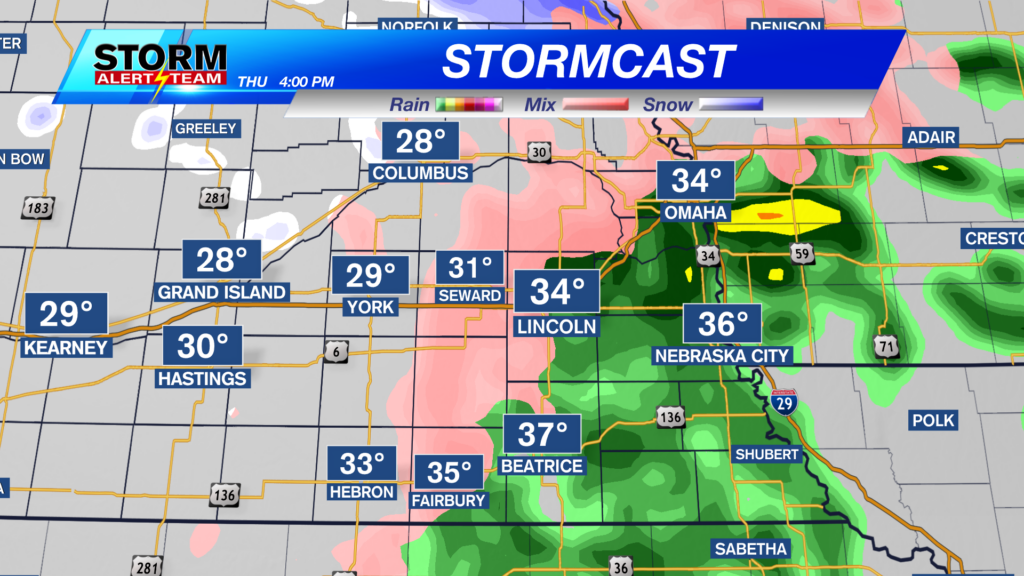 For areas farther north and west, closer to Columbus or the Tri-Cities, freezing rain mixed with snow is more likely. The majority of the snow will be confined to northern Nebraska.

Up to a tenth of an inch of ice accrual will be possible in Lincoln. There could be some areas with slightly higher ice totals to the northwest, perhaps up to two-tenths of an inch. Areas farther south/east that see mostly rain should see lower amounts of ice. 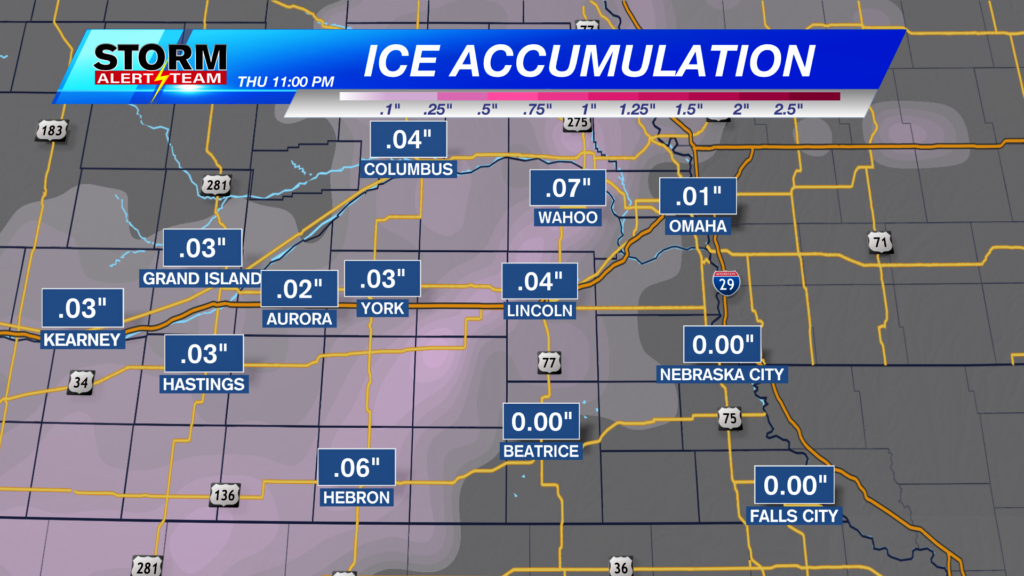 The highest snow totals will be confined to northern Nebraska, where up to 3″ will be possible in a few pockets closer to O’Neill, Valentine, or Ainsworth. 0-1″ is possible a little bit farther to the south, with little to no accumulation for most of southern Nebraska. 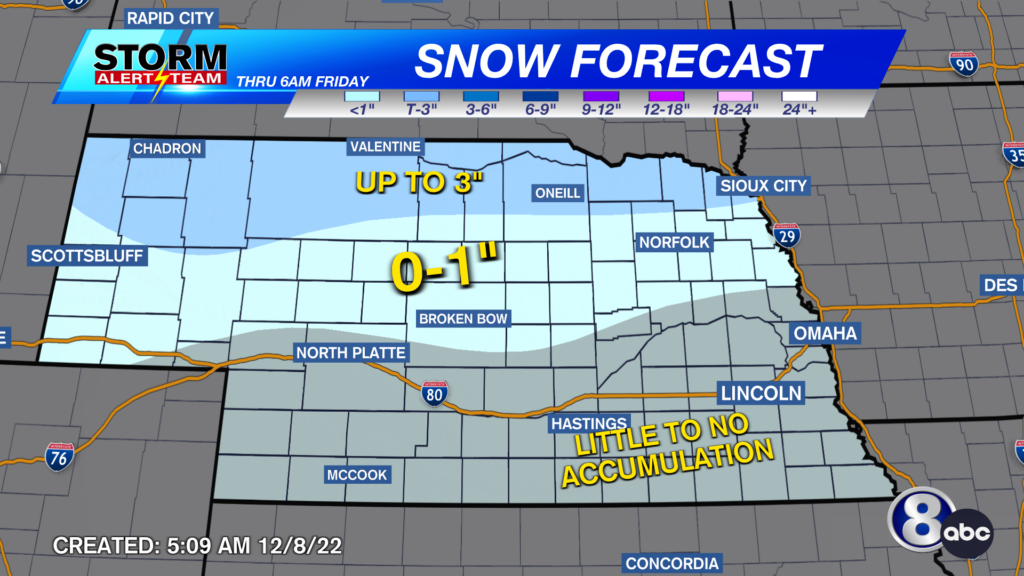 While some areas closer to Grand Island or Columbus might see a dusting, the mixed precipitation type should eat away at most, if not all, accumulation.

The general trend is for warmer air to reside to the southeast and cooler air to sit farther northwest. Lincoln may end up reaching the middle-30s during the afternoon, with areas west struggling to reach the freezing mark. 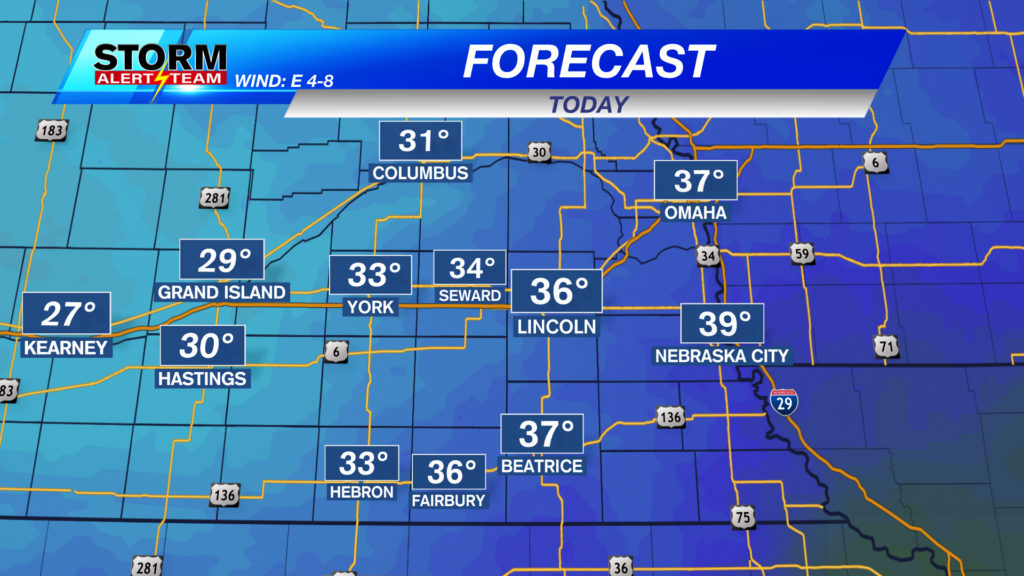