Records fall; Cooling off going in to the weekend

Just as advertised, records have been broken Thursday.  Temperatures soared in to the triple digits across all of southeast Nebraska.  Lincoln reached 102° as of 4 p.m., breaking the old record of 101° set in 1918.  As of 4 p.m., Grand Island and Hastings have tied their record high temperature for the date. 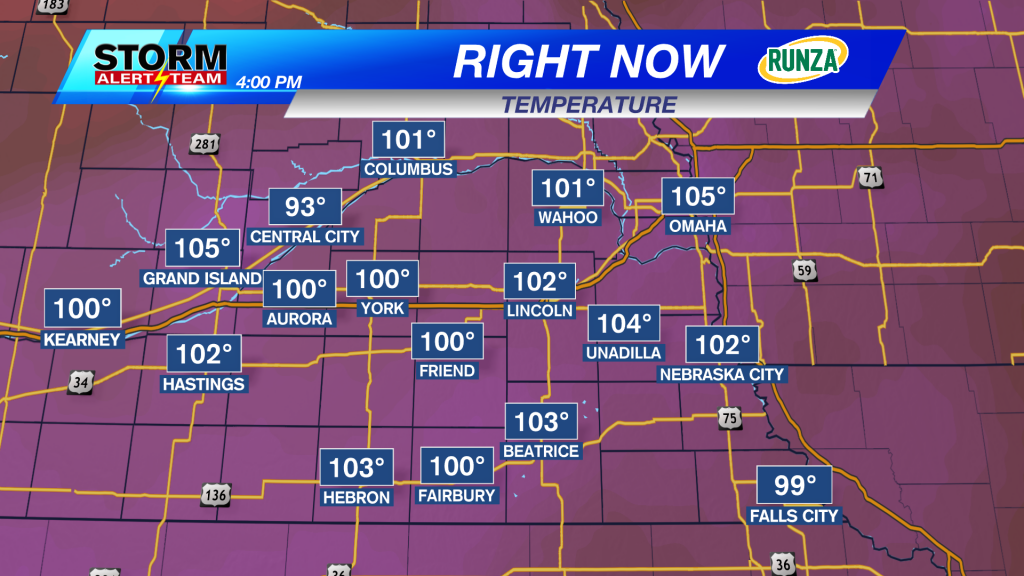 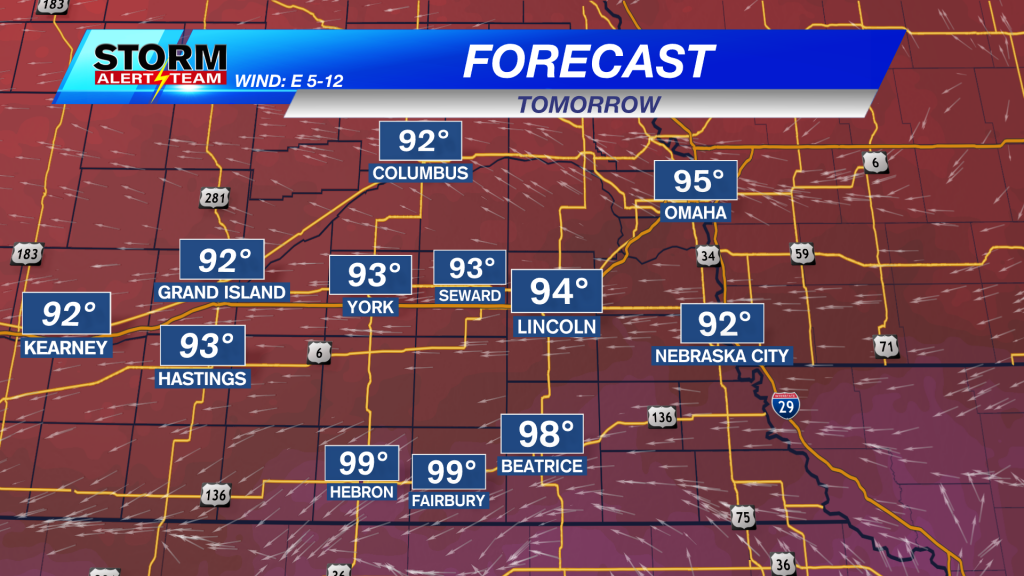 Friday afternoon will bring a chance for an isolated shower/thunderstorm.  I am not expecting any severe weather at this time.  Lawns will be thankful for a downpour, however if it does rain, shortly after it finishes it will turn very humid.

Temperatures will remain in the 90°s through the weekend, with Sunday being the warmest of the two days.  Highs should be in the middle 90°s with a chance for thunderstorms. 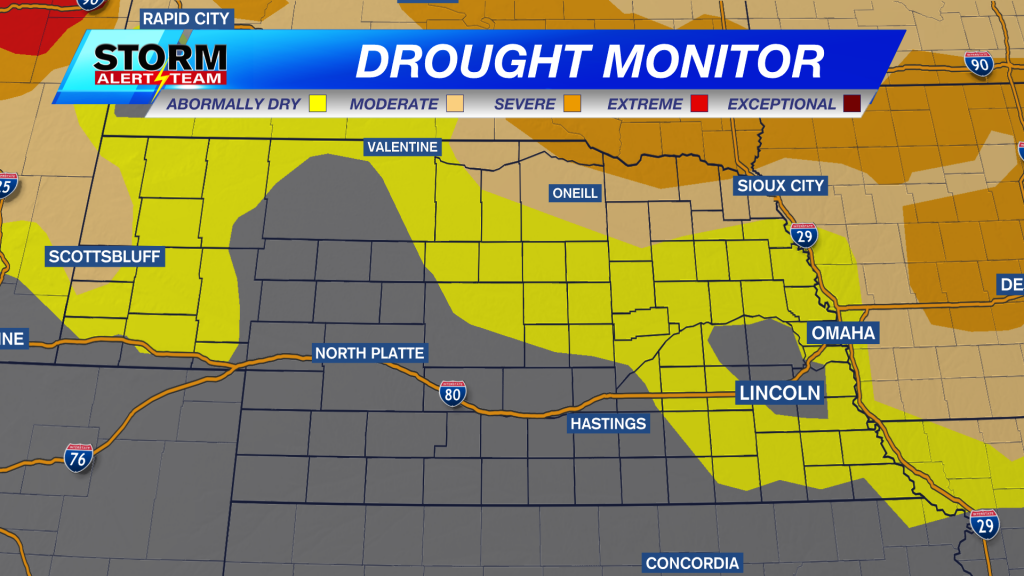 There are signs of rain returning to the area next week, however I am not convinced rain will be widespread.  Continue to water your lawn if you want to keep it green.