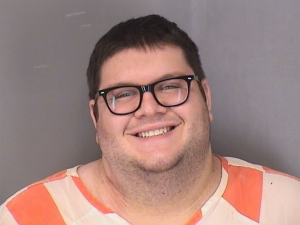 While similar charges have been previously filed, the new filing on behalf of Polikov will allow him to seek the death penalty in this case.

During the evening on Nov. 21, 2020, Silva threw an incendiary device, igniting materials in a rental truck and opened fire in the Bellevue Sonic Drive-In near 15th Street and Cornhusker Road.  Silva killed two employees and wounded two others, three were able to escape safely.

Today, Polikov dismissed the charges in district court and refiled them in county court.  He added additional charges for attempted first-degree murder of the three employees who were able to flee the store, as well as use of a firearm to commit a felony.

Once the case advances from County Court to District Court, the County Attorney’s Office will file a “notice of aggravators,” which will outline the statutory reasons for seeking the death penalty.

“This is the first time I’ve sought the death penalty in a case, and the decision to file it was not taken lightly. My thoughts and support are with the victims and their families as they continue to deal with this unimaginable tragedy,” Polikov said.

Silva is also facing a felony charge of Escape – Criminal Attempt related to an Oct. 7, 2021, incident in the Sarpy County jail, where he threw cups of feces and urine at Corrections Officers.

Smaller airports have seen less traffic since the pandemic started.