Over the weekend, we’ve been watching an upper-level disturbance to our west which has been moving very slowly. This disturbance will eventually arrive in Nebraska on Tuesday.

Until then, Lincoln will likely stay dry. As of Monday morning, there are a few showers positioned in western and north-central Nebraska. That is about where most of the shower activity stays for Monday. 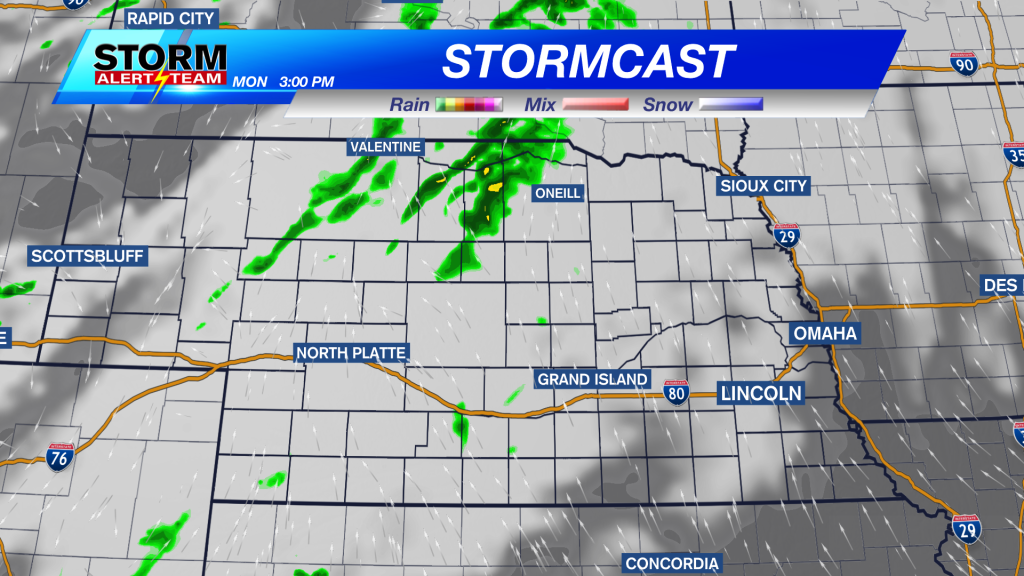 It’ll be another very warm day in southeast Nebraska, with highs in the low to mid-80s. We’re forecasting a high near 85° in Lincoln. 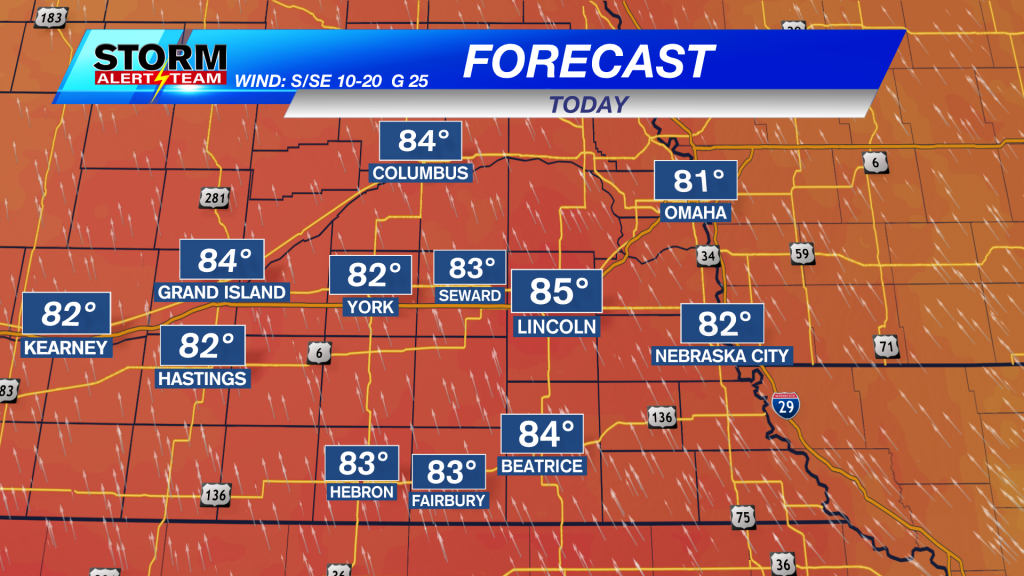 Clouds begin to increase on Monday night. By Tuesday morning, we could be dealing with some scattered rain near the Tri-Cities. As the day progresses, the scattered rain will shift east. Lincoln’s highest rain chance appears to be during the afternoon and evening on Tuesday.

Behind this system, temperatures will cool off considerably. By Friday and Saturday morning, we could be dealing with low temperatures near frost/freeze territory. If this concerns you, make sure to pay attention to the forecast as colder weather will arrive by late week.