Much of the area has been dealing with showers early Tuesday, along with the occasional rumble of thunder. Showers/storms may continue through Tuesday morning and into the early afternoon. It probably won’t be raining at every point, but you may come across some showers. It’s a good idea to bring along rain gear as a result. 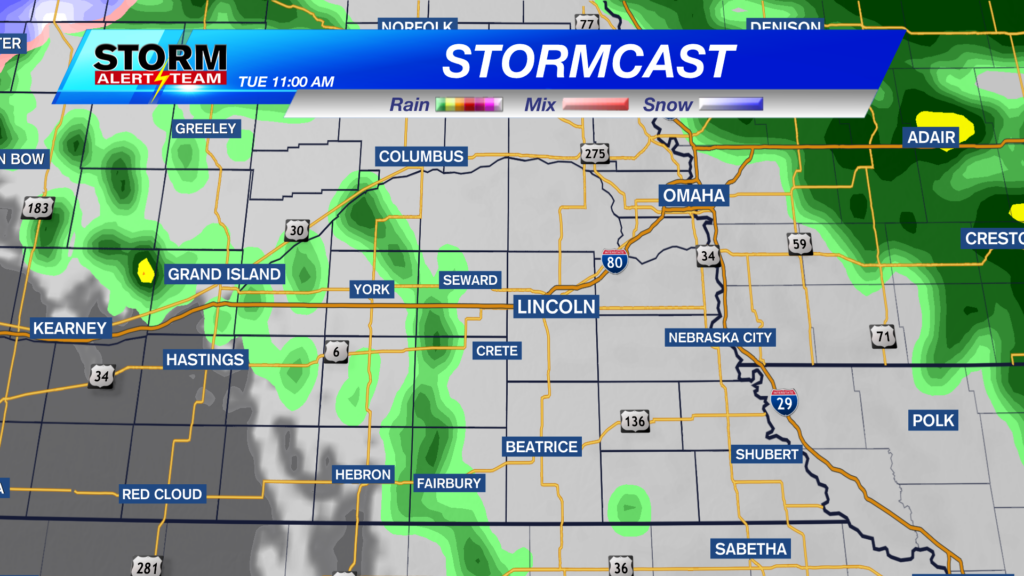 Temperatures will be warm enough for any precipitation to be in liquid form in southeast Nebraska. By afternoon, rain chances will be decreasing as a “dry slot” moves into the area. This is a region of sinking air, which should allow skies to clear.

The sinking air will also warm the air by compressing it as it descends, which may push temperatures into the upper-40s to low-50s once the sun pokes out. 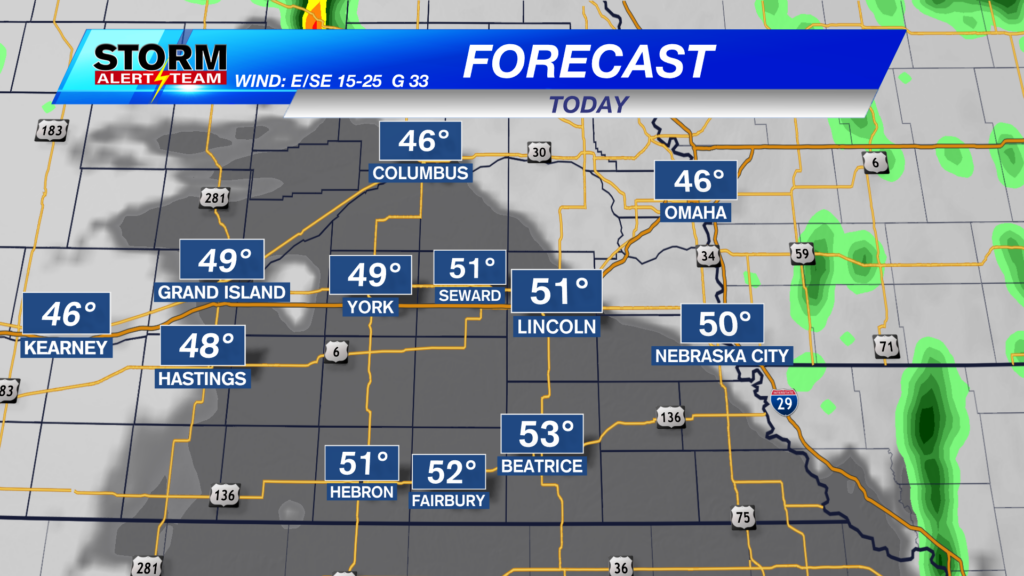 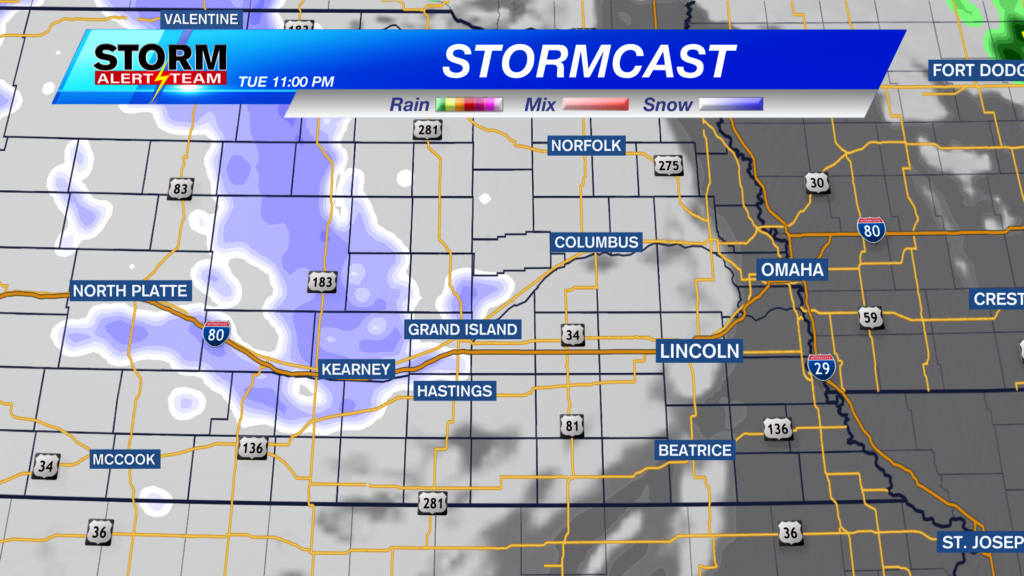 While rain is likely in the east on Tuesday, blizzard conditions will be occurring in western Nebraska. A lot of accumulation is likely in the Nebraska Panhandle, but totals quickly drop off once you get closer to North Platte, Broken Bow, and O’Neill. Blizzard Warnings are in effect for much of western Nebraska, quickly transitioning to Winter Storm Warnings and Winter Weather Advisories in central Nebraska. 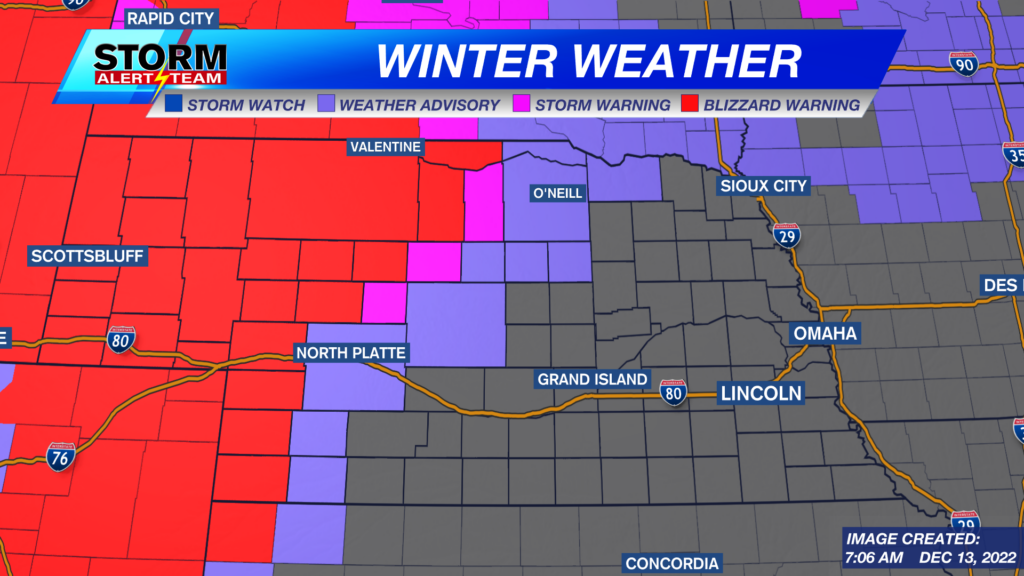 Some light snow will be possible in eastern Nebraska on Wednesday and Thursday, but any accumulations appear very light through Thursday for areas near and east of the Tri-Cities.