The start of October has brought some warmer weather to southeastern Nebraska, with highs in the low and mid 80s. The timing of a system Tuesday will likely be the break in the pattern, returning temperatures to normal and starting quite the cool down toward the end of next week.

October 1st was Astronomy Day, but Sunday evening the International Space Station will be visible in Lincoln around 8:30 p.m. It can be seen for about four minutes from the northwestern sky traveling toward the east southeast. With mostly clear skies in the forecast, there will be great conditions to try and catch it! 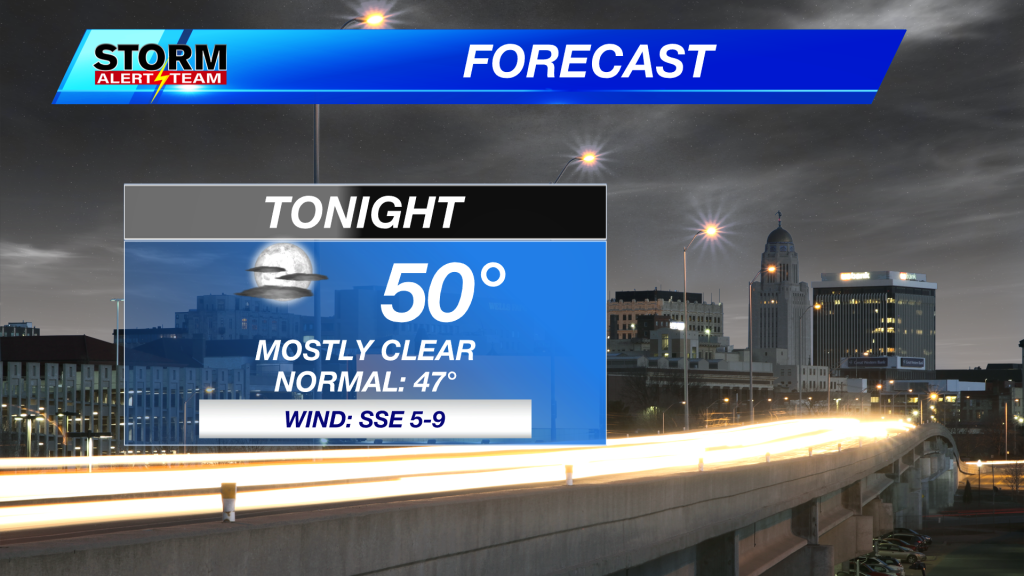 As we sit on the western side of a stubborn high pressure system, southerly winds will remain in our favor for another warm day to start the work week. High temperatures across the area are expected to be in the low to mid 80s. Normal highs for the beginning of October are in the mid 70s. 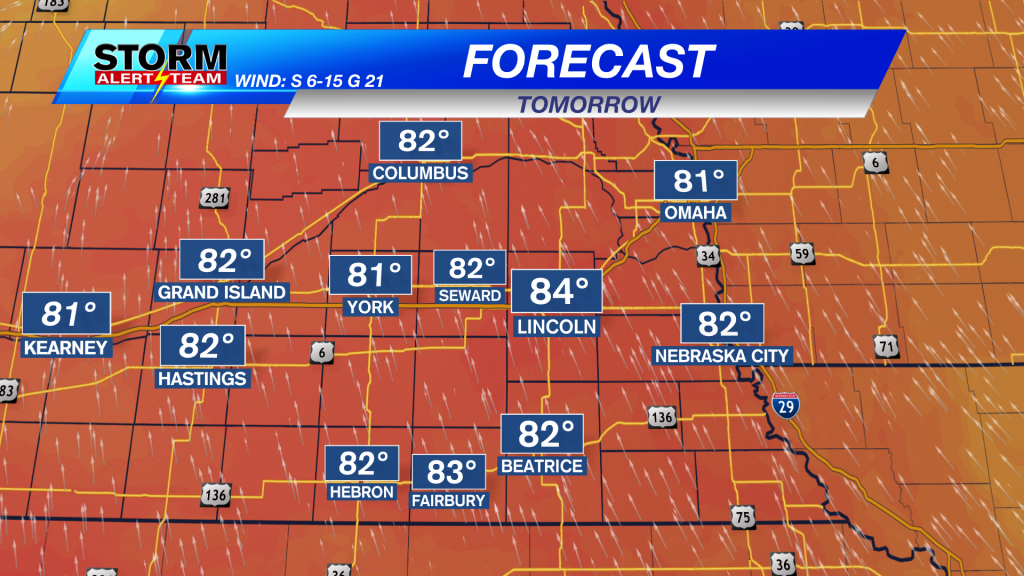 The warm weather will stick with us on Monday due to strong southerly winds that will be breezy once more. Again, we are looking into wind gusts anywhere from 25-30 miles per hour, stronger as you look west. 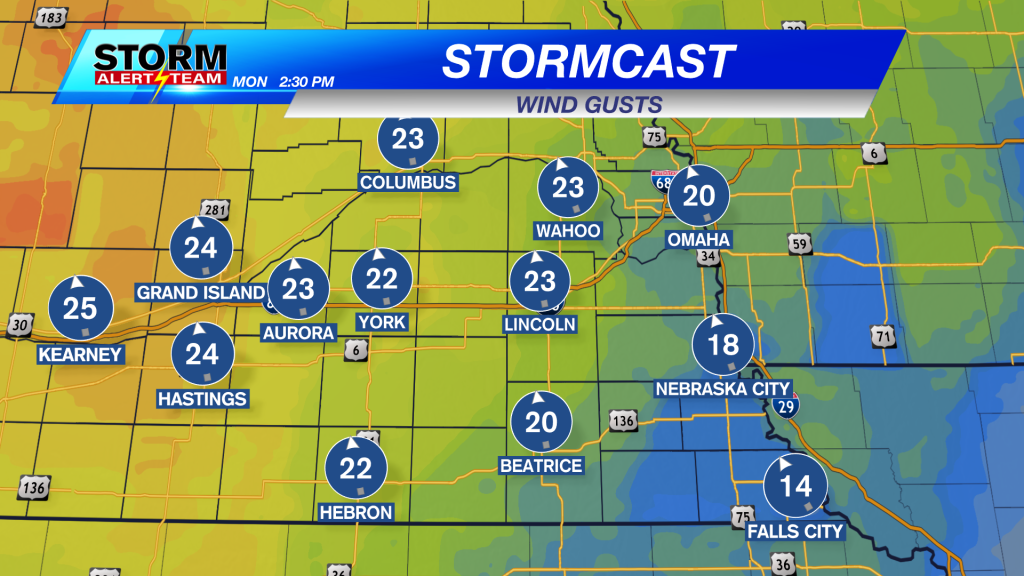 The chance to see some rain through the beginning of next week is slight, with Tuesday looking like the better day to see some showers. The rain, again, is unlikely to amount to much, but the system will usher in much cooler air behind it with highs in the 60s and lows nearing the freezing mark.