Temperatures on Saturday did not get as warm as expected with a weak cold front moving into the region and affecting the area before we could reach the point of peak heating. Some moisture does hang along the front, as dew point temperatures are around 70° Saturday afternoon.

Mostly sunny skies will allow for temperatures to get into the middle and upper 90s for a high on Sunday. Saturday broke our streak of reaching 96° for almost a fourth day in a row. The low temperatures heading into Sunday will be in the upper 60s and low 70s with mostly cloudy skies. 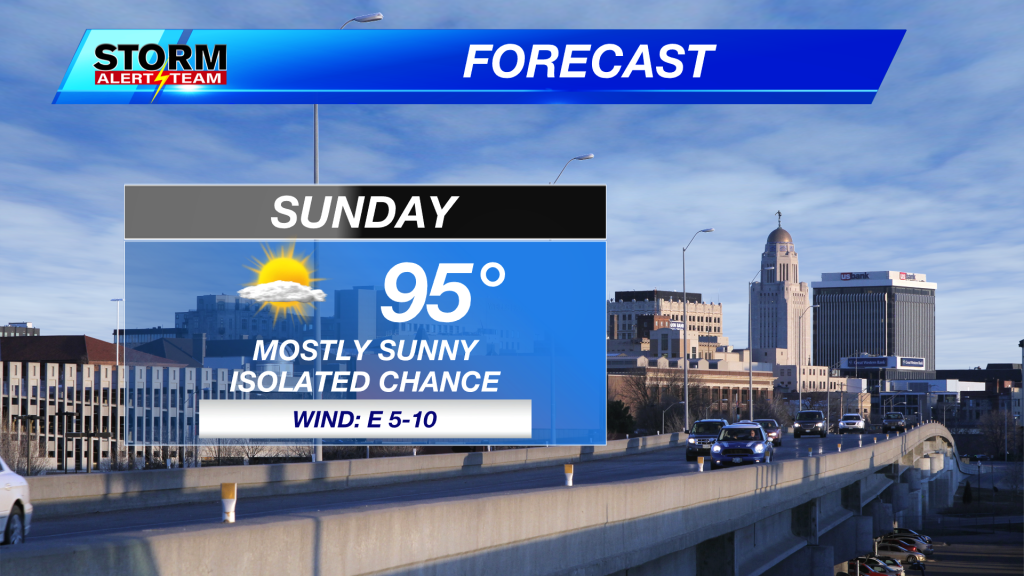 Rain has returned to the forecast for next week, but the last 30-day period from July 13th through August 12th was the driest on record for that timeframe. Lincoln only saw 0.34” of precipitation which was over two inches less than we normally see in that window. 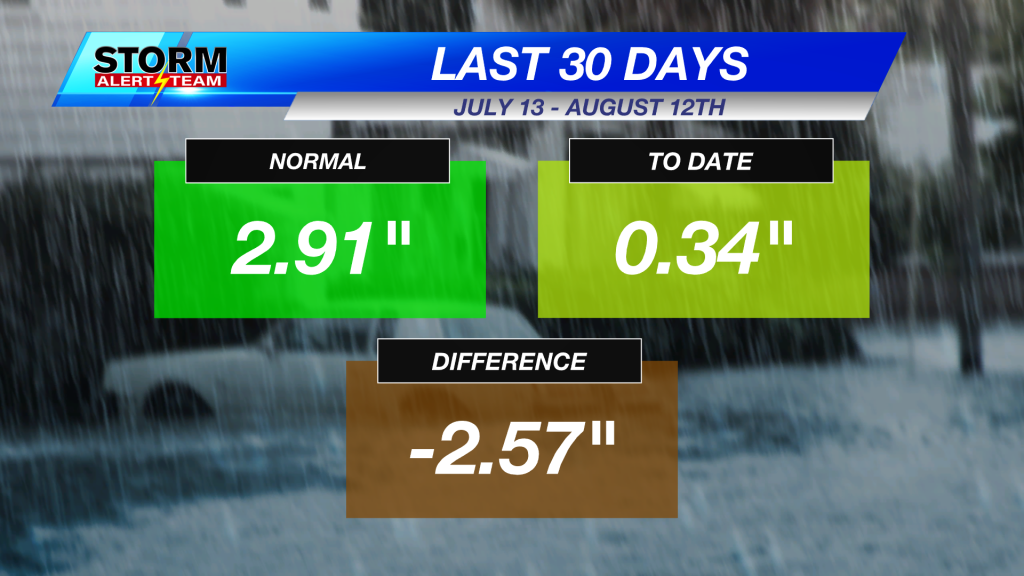 The moisture coupled with the required forcing needed for some showers will likely come together for the best chance of rain late Monday into the early hours of Tuesday. High temperatures are normally around 88° for this time of year, so next week’s temperatures will be right around average. Sunday will be the last day for now to see temperatures in the mid 90s before cooler air returns to the forecast.