Several inches of snow will be possible by Thursday morning, along with a gusty north wind and bitterly cold temperatures. 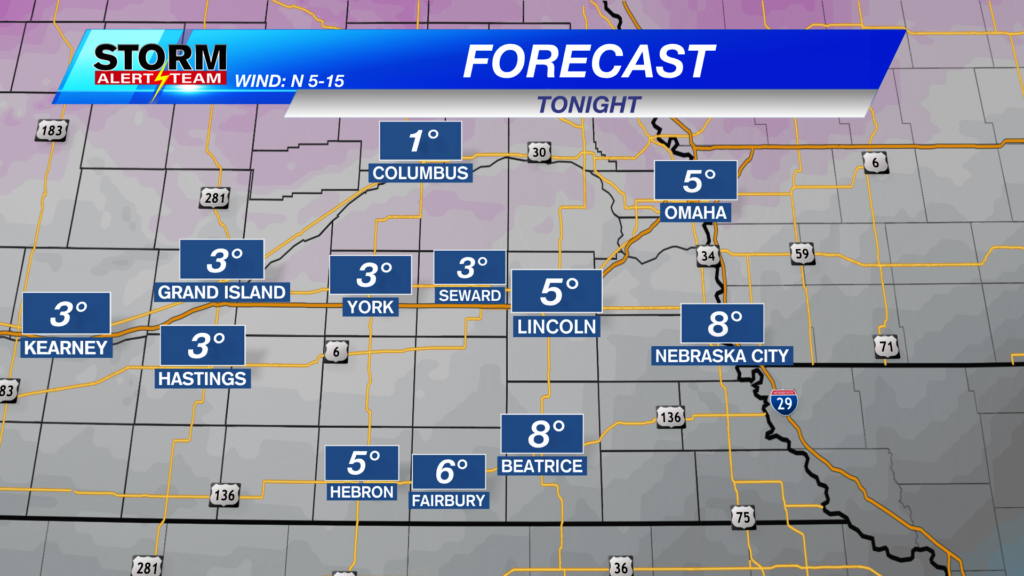 There may be a few lingering snowflakes, but accumulating snow isn’t likely for now. 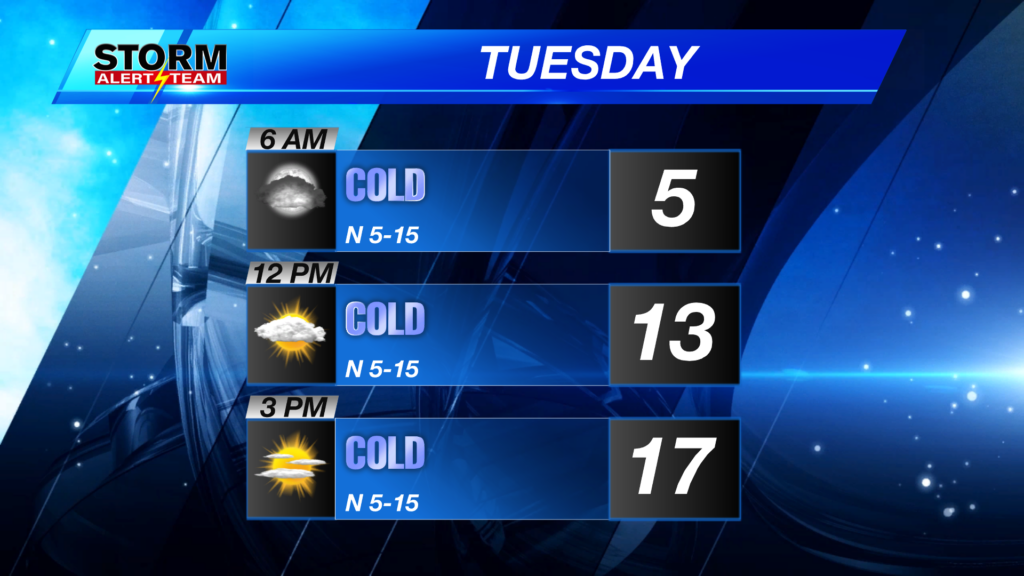 After the single digits to start the day on Tuesday, we won’t warm up much.

Highs will struggle to get into the middle teens with a mix of clouds and sun. But the wind will be tolerable. 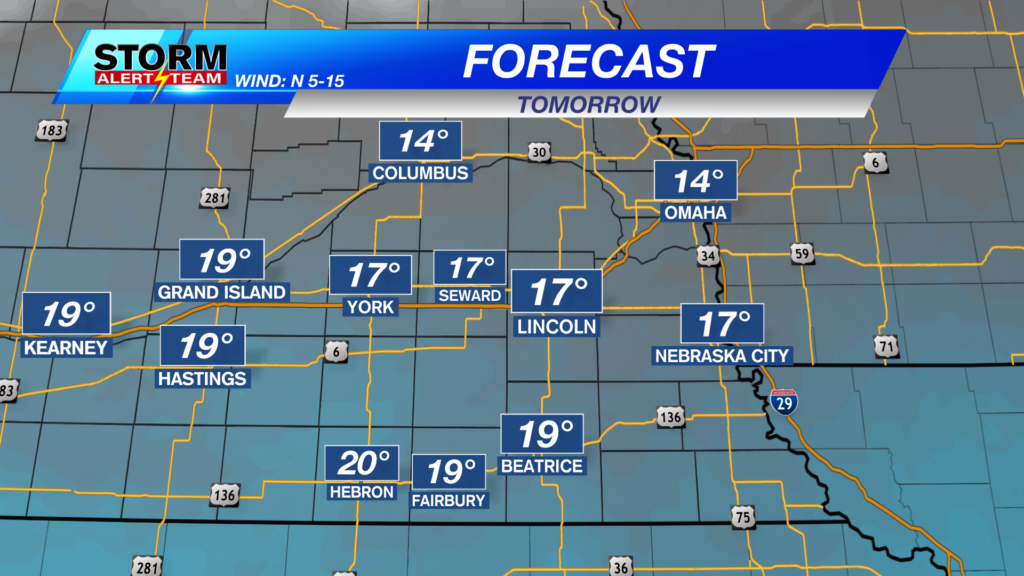 High temperatures will struggle for everyone. Most of us in south-central and southeast Nebraska won’t get to 20 degrees! 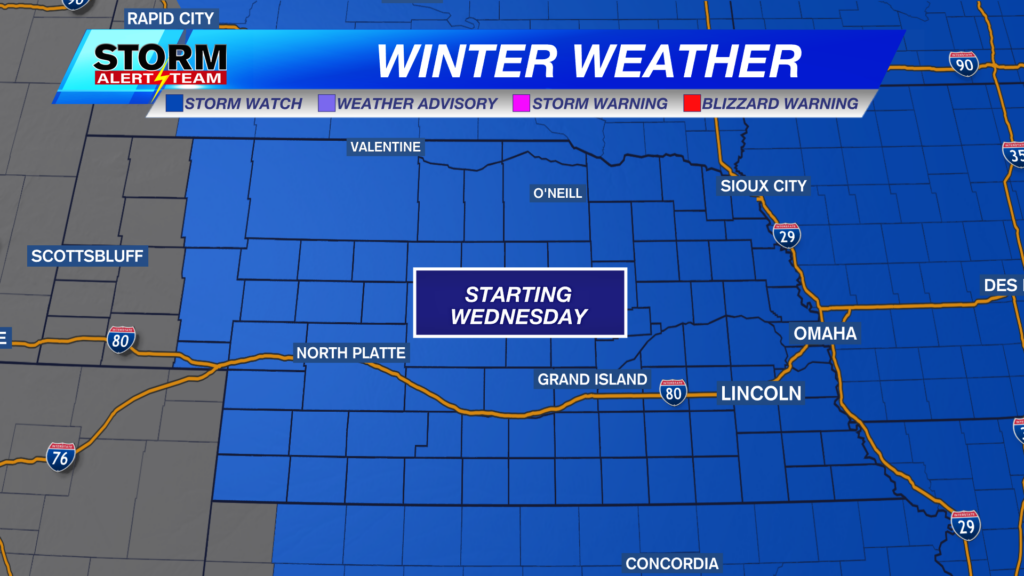 Starting Wednesday, the potential for snow increases. There is a Winter Storm Watch in place for much of the state for the Wednesday into Thursday storm potential. 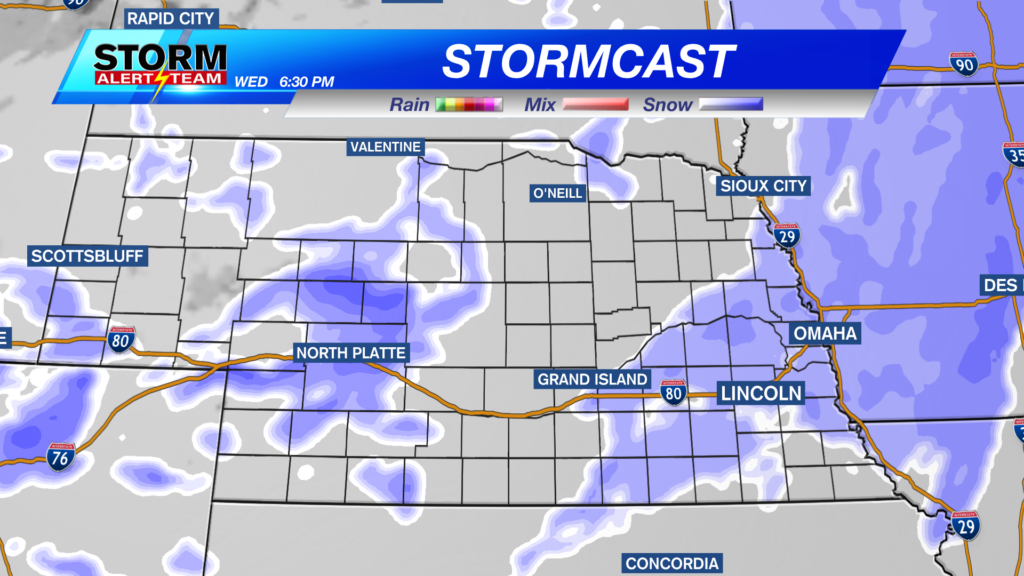 The snow will come in a few different waves.

It’ll be light and fluffy, so accumulation can happen quickly, but any wind will blow it around easily.

Unfortunately, we’re going to see a lot of wind and very cold temperatures. 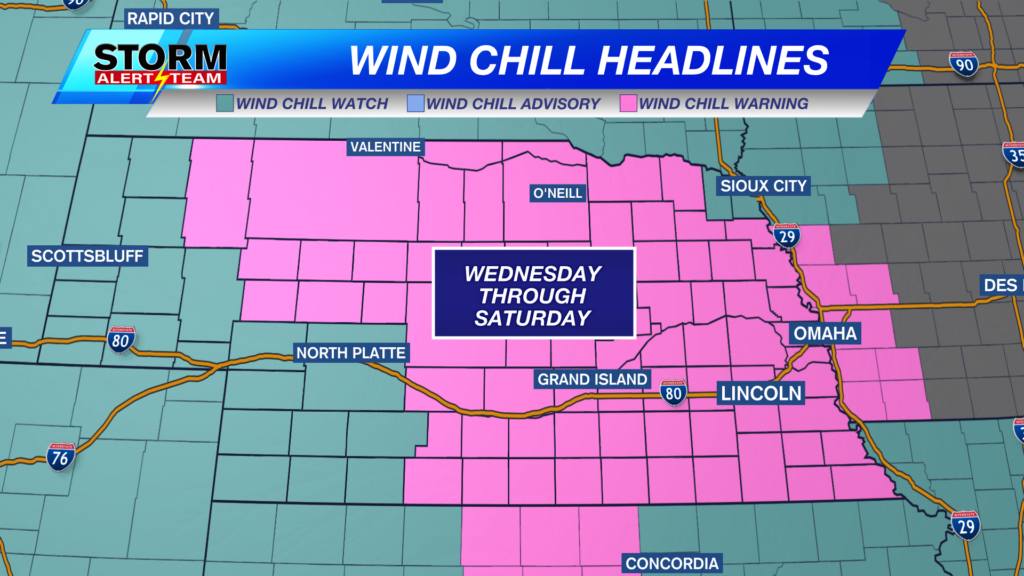 Because of the cold and the wind, there is a Wind Chill Watch and Warning in place for all of Nebraska from Wednesday through Saturday. 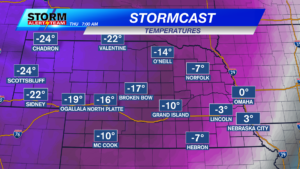 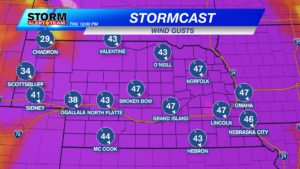 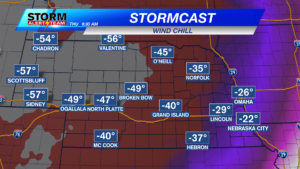 Above is what you can expect Thursday for temperatures, wind gusts and the wind chill.