As of Sunday evening, accumulations were adding up around Lincoln and along the Nebraska/Kansas border. A Winter Weather Advisory was issued to include Lancaster, Saline and Otoe counties through 6 a.m. Sunday morning. 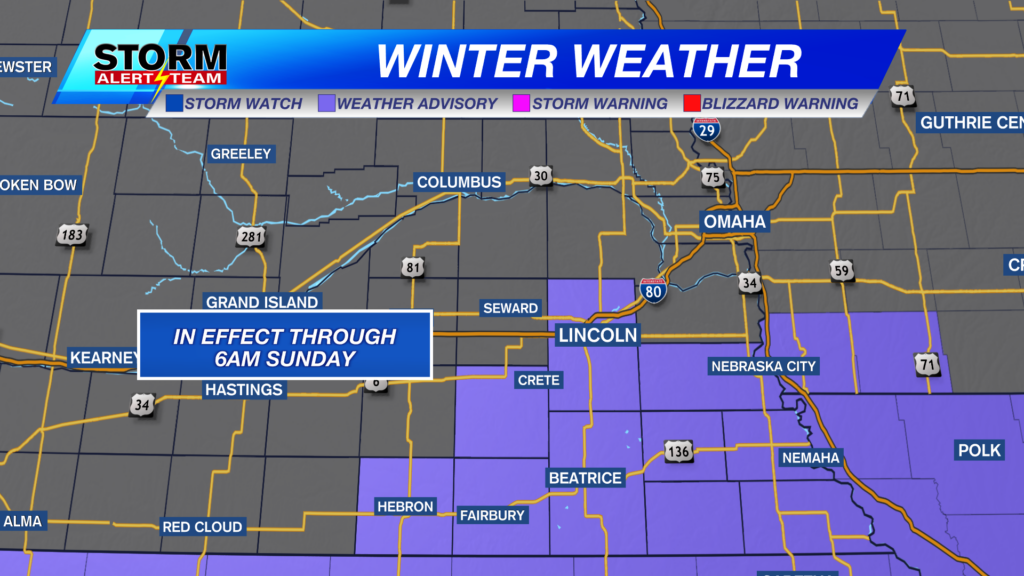 Snow could amount to up to 2″ or more in some of these areas, especially in extreme southeast Nebraska as chances for snow linger past midnight. Slick spots as you commute Saturday evening and Sunday morning will be possible. 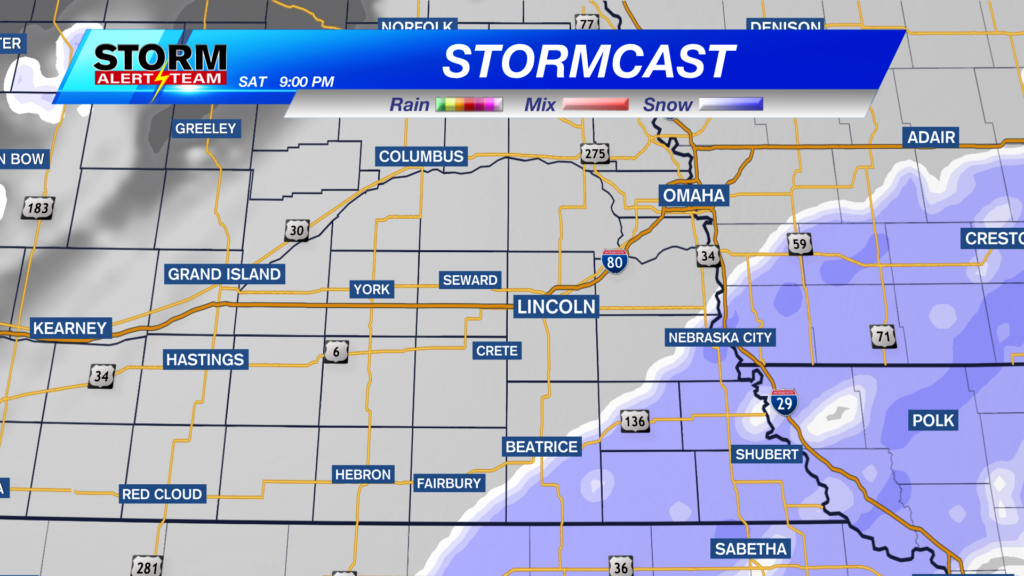 By Sunday morning, during the coldest part of the day, the snow will have stopped, and temperatures will have dropped to the upper teens. We will be left with chilly but quiet conditions on Sunday to close out the weekend. 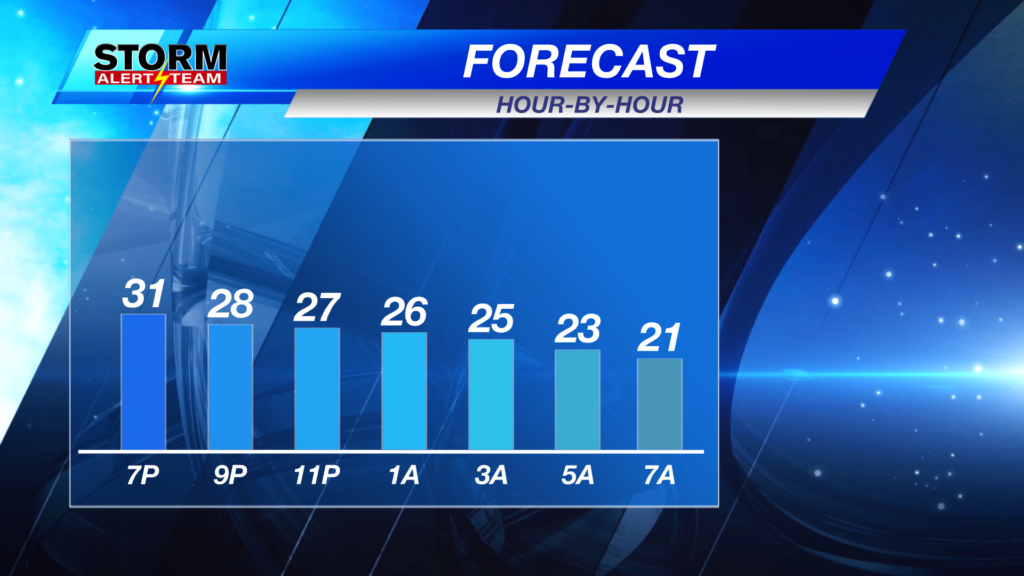 Morning fog will be possible on Sunday with calm winds and cool temperatures. Our recent light snow event on Saturday will help with the formation of low-hanging clouds, producing patchy areas of fog to start. Then by the afternoon, we will be left with partly and mostly cloudy conditions. 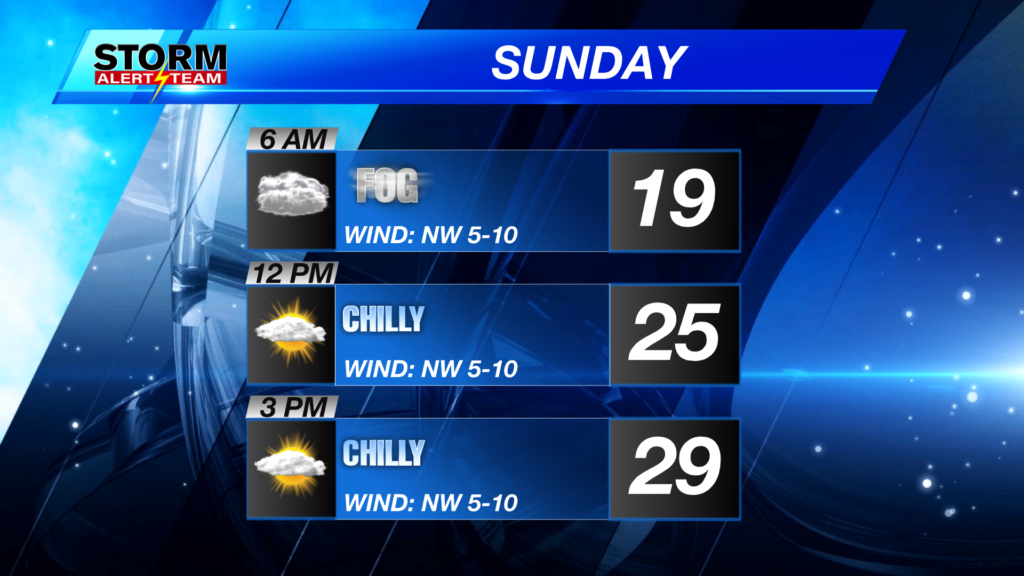 Our next, very small and very light, potential chance for snow comes around lunchtime on Monday. Flurries will be possible for a time, but no accumulation is expected with what flakes we do see during the day. 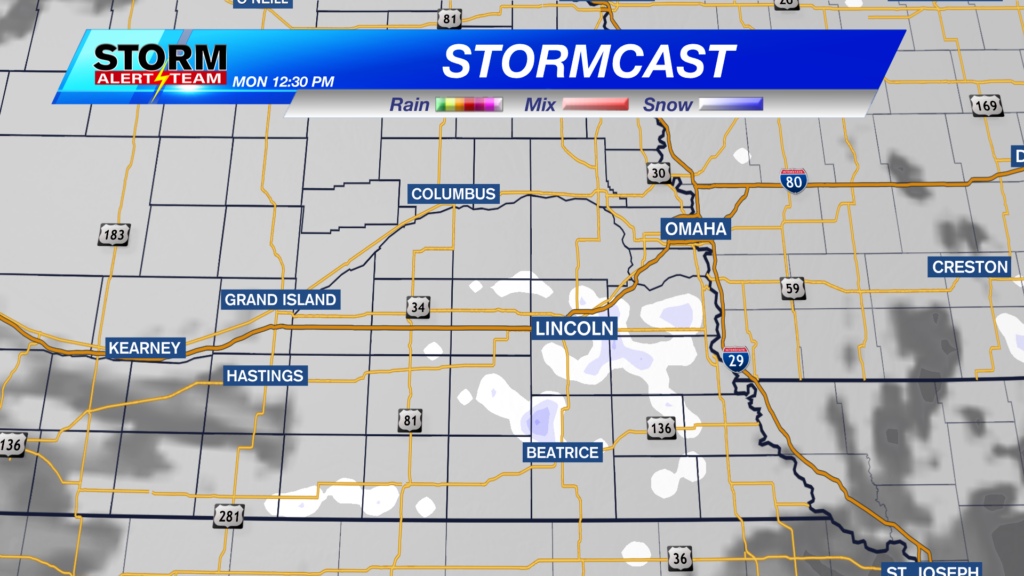 Past Monday, our extended forecast looks dry and on the colder side of normal. Overnight lows by next weekend could be falling into the single digits for a time, but that is still a way out.